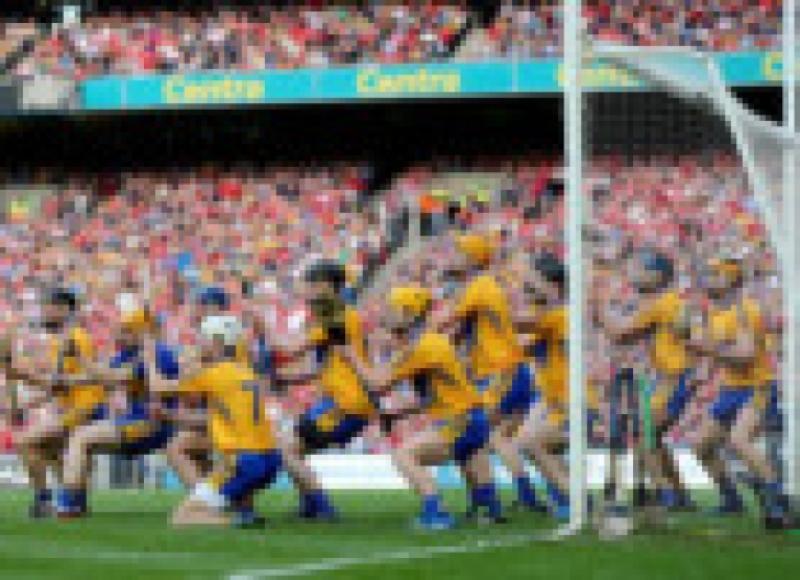 One of the feature of last year’s excellent Senior Hurling Championship was the goal-scoring of Cork goalkeeper, Anthony Nash. The Kanturk clubman’s three-pointers didn’t come from play, of course, but from the spot.

One of the feature of last year’s excellent Senior Hurling Championship was the goal-scoring of Cork goalkeeper, Anthony Nash. The Kanturk clubman’s three-pointers didn’t come from play, of course, but from the spot.

Well, not exactly ‘from the spot’, which is the expression used in other games for a penalty, but from much closer than the 20 metre line. When he’d eventually strike the sliotar he’d nearly be on top of the defenders, his shots taking on the shape of Exocets.

Motions were submitted to the recent GAA Congress, asking for the Nash ploy – adopted by others, it has to be said – to be outlawed. They were withdrawn, because, it seems, there is a law in the book governing how, and from where, penalties and frees can be taken.

Whether or not he’ll have to stand still from now on, Nash is certain to continue taking the penalties. Just like Stephen Cluxton, his field-length runs to line up one cause a great buzz about stadiums on big-match days, and long may it continue.

While score-taking goalies is a fairly recent-year attraction, it’s 28-years since an All-Ireland final had its first goal from a penalty scored by a goalkeeper.

Galway, beaten in the previous year’s decider by Offaly, were out against Cork in 1986, and although their No 1, John Commins, contributed a goal, the Tribesmen still went down in a high-scoring game, 4-13 to 2-13.

Galway got it right the following year, beating Kilkenny 1-12 to 0-9, and they retained the title, this time getting the better of Tipperary, 1-15 to 0-14.

It would be over a quarter of a century before Commins’ feat was repeated. The best Davy Fitzgerald - the most prominent penalty-taking goalkeeper prior to Nash – could manage for Clare was a couple of goals in Munster finals, the first in the 1995 meeting with Limerick, the other, a last-minute effort securing a draw with Tipperary four years later.

But it could be that Fitzer wasn’t called upon to do anything but stop shots in any of the All-Ireland finals in which he was involved. That proud son of Ennis, Eoghan Doohan, could tell us if that was the case.