Absent ones miss the best part of Gers’ display 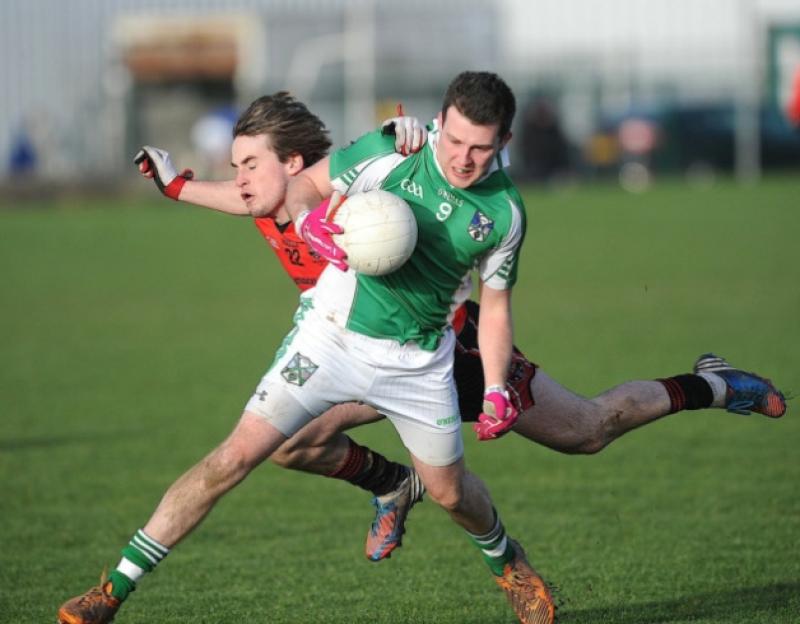 There came an awful shower of rain well into the final quarter of Geraldines’ All-Ireland Intermediate Championship semi-final with Monaghan’s Truagh Gaels at Crossmaglen’s Oliver Plunket Park, a ground which even in the harshest of weather looked a picture.

There came an awful shower of rain well into the final quarter of Geraldines’ All-Ireland Intermediate Championship semi-final with Monaghan’s Truagh Gaels at Crossmaglen’s Oliver Plunket Park, a ground which even in the harshest of weather looked a picture.

At the time Gers were struggling, seven points down and playing against a gale-force wind. Several in the good-sized crowd made their way to the exit, among them, I’m sure, many of the Louth champions’ supporters.

They were the unlucky ones. Whatever the game had to offer in terms of competitiveness came in the concluding ten minutes or so. Having being almost beaten into a cocked hat, Gers finally got something going for them.

It all began with Nicky Mackin, taking leave of his full-back position, showing the forwards how to do it by sending a screamer to the back of the net. Cue for erstwhile silent supporters to clear their throats, and for the team to respond.

Gerry Hoey, who, along with half-back colleague, James Craven, had held his end up well against huge odds in the game’s first three quarters, took the same route as Mackin to score a point. It was then Shane O’Hanlon’s turn to score, and when Jim McEneaney added two further points, Gers, incredibly, were on terms. With three minutes of time-added-on to be played, we wondered would it go to extra-time, or could the impossible happen in regulation time.

It was a great comeback, but not a successful one. In a rare last ten-minute foray into their opponents’ half, Truagh took advantage of the gaps Gers had left in their search for the winner, Daniel Finnegan, the last in a four-man move, crashing the ball to the net from close range. There were others on their way out the gate when Chrissy McKenna widened the gap to four points.

Eamon McEneaney and his sideline crew can only speculate of what could have happened had their charges left the traps as they had done, say, in the local championship defeat of St Bride’s. Though backed by the strong wind, the Jim McEneaney-captained side simply weren’t at the meeting in the first-half, trailing by three points at the change-over. They weren’t helped by Sean Thornton getting a black card after just two minutes; but it was more their inability to cope with their fleet-footed opponents, who rarely put a pass astray, that caused the concern.

Black card and concern? They sit cosily together. The National League begins this weekend, and take note, there’s going to be confusion and not a little anger.

My interpretation of the ‘black’ rule differs from the one referee, Eamon O’Grady, had on Sunday. The Leitrim official issued four in all for fouls that weren’t, in my view, a first-cousin of cynical. Indeed, the game was played in a most sporting manner.

It’s been non-stop for Geraldines in a wonderful 12-months year, and though their aim was to be the first Louth club team to play in an All-Ireland final, even though it would mean extending the hard slog even further, they’ll appreciate the break before shaping up for a return to the domestic game’s premier grade. They represented their county well.