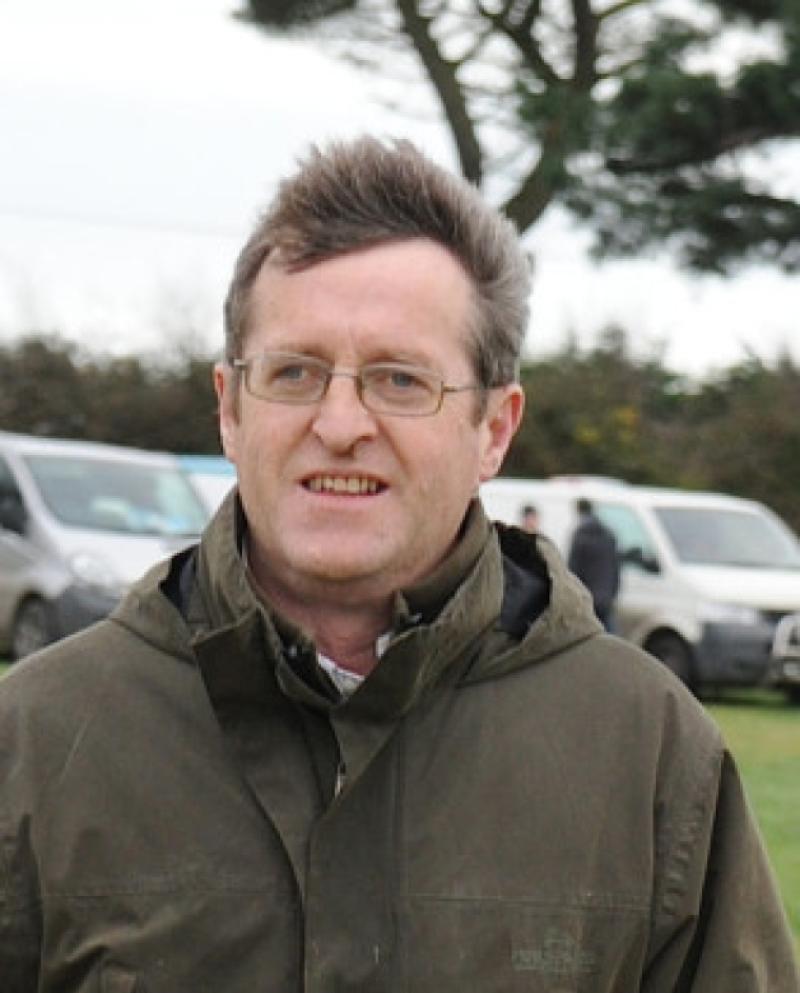 STEPHEN THORNTON is not only a former chairman of the Dundalk & Dowdallshill club, but also a solid defender of the coursing. His family has been involved in the sport for many years.

STEPHEN THORNTON is not only a former chairman of the Dundalk & Dowdallshill club, but also a solid defender of the coursing. His family has been involved in the sport for many years.

Coursing sometimes gets a bad press - is it deserved?

It comes mainly from ill-informed journalists who don’t bother to acquaint themselves with the facts. Also, the ‘antis’ never miss an opportunity to portray all field sports as being cruel.

What measures have been taken to improve the sport’s image?

Much research has been done by veterinarians and others into the optimum diet for hares and their general wellbeing. The results have been adopted as best practice by all coursing clubs.

It was introduced about 20 years ago, and effectively took the heat out of the debate regarding coursing being labelled a blood sport.

Have meetings got independent observers?

A minimum number of hares is required before a club can run any event. This rule is strictly enforced by rangers from the National Parks & Wildlife Service and stewards from the Irish Coursing Club. Overseers attend all meetings.

Could you see coursing being banned in Ireland?

Not unless we had a complete set of nuts running the country, or having a very pivotal role in Government. The Greens tried it a couple of years ago and failed.

Any attempt to introduce legislation would be seen by most of the hunting, shooting and angling fraternity as an attack on all country pursuits. If the ‘antis’ succeeded, horse racing would be next as their primary source of attack.

Can you understand why some daily papers don’t give coursing any coverage, except when there’s some controversy?

No. I see it as editorial cowardice. Of the dailies, only the Irish Examiner gives proper coverage to the multitude of coursing meetings held throughout the winter months.

I can only presume that the others don’t care about the 40,000 people approximately that attend the National Coursing Finals in Clonmel every February. Happily, Louth papers don’t promote such sporting apartheid.

Your own area of Haggardstown has a long association with the sport?

When I was growing up in Haggardstown there were lots of people/families who kept greyhounds. My father, Tommy, always had a few dogs, as did my uncle Tom Tuite. There were so many others, like Pat Coughlan, Jimmy Tuft, Brian Renaghan, Tommy Sharkey, Jimmy and Minnie Donnelly and Johnny Agnew. There were also the Quigleys, Lynches, Brennans, Reenans, Duffys, Dunnes and plenty of others. I remember plenty of talk about great dogs and great trainers who coursed at Rosmakea.

Razldazl Billy on the track. It’s harder to judge the coursing dogs, but I remember there was great excitement when Tommy Sharkey’s Lady in Love won a trial stake at Dromiskin in 1973.

Where did you and your brothers’ interest come from?

Patsy, Martin, John and myself have an interest in the greyhounds. My mother, Kathleen, was very supportive of my father and used help out especially when a bitch was pupping. She also ran the soup tent for many years at the coursing.

Dundalk Cricket Club play their home games at Dromiskin - how did the link-up come about?

Mickey Heeney was our secretary at the time and was working with Brian Morris, chairman of the cricket club, in the DkIT. They got talking and following an inspection of our facilities a deal was agreed.

We have a very good relationship. We don’t use the ground during the summer months when cricket is played. They keep the place tidy, and mowing the grass strengthens it.

The best courser any member of your family owned?

Let Her Go, a bitch we trained for Matt Ginetty, from Dromiskin. She won a trial stake in Cavan in 1981 although she was track bred. She also won numerous open class races in Dundalk and Shelbourne.

You have a few trackers - any good ones?

I only keep three or four racing dogs. I have a good pup that I train and own in partnership with Jim Darcy. He is called Bit of Berlin, and he got to the final of the Longford Derby recently and was unlucky not to win. I also had a second dog in the final, Bit of Action, who has won numerous races for me and reached six finals, winning two of them.

Which would you rather win, the Clonmel Derby or the track Derby at Shelbourne?

Either. The track derby carries a lot more prize-money, still, the coursing derby would be nice.

Which would it be, a championship for your GAA club, Geraldines, or one of your greyhounds qualifying for Clonmel?

Difficult question. I could be selfish and opt for the Clonmel qualifier but that wouldn’t be fair on the lads who would enjoy winning a championship.

Ever win anything with Geraldines?

I have a SFC medal from 1982 but I was only a sub. I think more of the Ranafast Cup medal I won in 1984 when we had to fight hard - and I mean fight - to beat Finbars in the final. My brother Martin was captain and the match is still recalled.

What are Gers’ championship prospects?

Hard to tell. We have to beat Young Irelands. Let’s see how that one goes.

Sean Kelly. The cyclist that is, not the Meathman/bookie living near me!

What irritates you most?

The Sporting Press, especially if I can read about any of my dogs having won.

Myself, Evelyn and the girls staying healthy; retire in a couple of years’ time; train loads of winners; see Gers win the Senior Championship.

I was always afraid of small dogs. I got nipped a few times by Jack Russell types and would be slow to get out of my car if I drove into somebody’s driveway and saw one of them around.

From my mother: Tell me your company and I will tell you what you are.