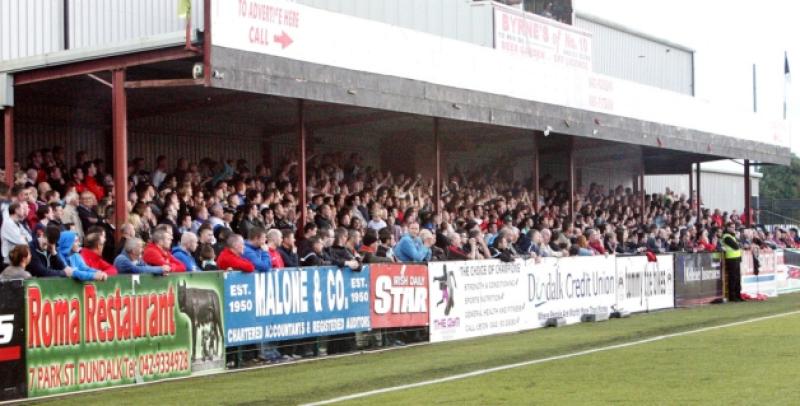 Jim McCourt is in raptures, and I suspect there are many other Dundalk FC fans like him.

Jim McCourt is in raptures, and I suspect there are many other Dundalk FC fans like him.

The team the Bay Estate man has been following since the time Oriel Park was faced the other way around, English soccer was mostly a Saturday afternoon game, and Jimmy Hill was trying to get that maximum wage abolished, is absolutely flying, bang in the hunt for the league title.

Jim said at the beginning of the season if the team recently taken over by Stephen Kenny finished in mid-table he’d be happy. Now he dares dream of something much better. There are ten games remaining, and only St Patrick’s Athletic are ahead of the Carrick Road outfit. There’s one point in it, Pat’s having played a game less.

Dundalk were out against Shamrock Rovers on Friday night, and in the words of McCourt, “we blew them away with some of the best football I’ve seen in many a year.” The result was sweet for supporters, “but even sweeter for Stephen Kenny”, who numbered Rovers among the clubs he was involved with before making it to Oriel.

So did Inside Track’s favourite correspondent celebrate the victory well? Too well, it seems. He struggled out of the nest, as he puts it, to pen his most recent missive, and then struggled back in again in an attempt to get rid of the mother of all hangovers.