The signs were good ahead of O’Moore Park outing 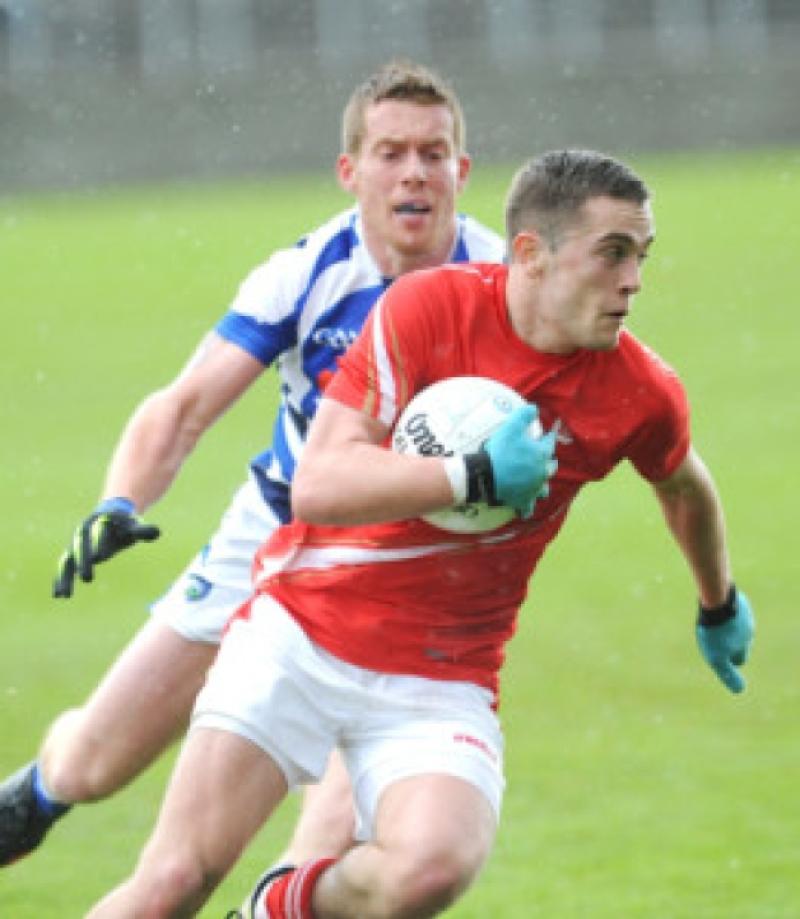 We couldn’t have seen this Sunday spectacular coming, could we? Well, actually we could, but not with such hurricane force. Louth 1-16, Laois 1-6, the Laois goal coming as the game fizzled out. What a result.

We couldn’t have seen this Sunday spectacular coming, could we? Well, actually we could, but not with such hurricane force. Louth 1-16, Laois 1-6, the Laois goal coming as the game fizzled out. What a result.

A friend of this column asked Paddy Keenan the perennial pre-match question in midweek: “Well, what about Sunday?”

We’ve a chance. Training has gone well, and there’s a great buzz about the place. That was the gist of what the team captain had to say.

That’s what you always want to hear, “There’s a great buzz about the place.” It tells us there’s no rowing or sulking; all are singing the same song.

Keenan elaborated in a Sunday newspaper interview. His liking for the way in which Aidan O’Rourke had gone about his work since taking over as manager last November jumped out of the page. There was a plan which had the players training harder than ever before. “A shock to the system”, as Keenan put it – but, crucially, the players had bought into it.

Fitness was certainly a key component of the rout of Laois in their own backyard, but there was more to this win, one of the biggest a Louth team has had over an outfit in the upper half of the Leinster pecking order in quite some time. Tigerish but fair tackling, terrific use of the ball, and above all, wonderful score-taking complemented all the work Mike McGurn and whoever else is in on preparations at Darver have undertaken.

The point Adrian Reid struck to open the scoring was as sweet as a nut, the perfect start for a team trying to find its feet. Over the following 70 minutes or so, Brian White would score from all angles and distances, points from frees, 45s and play bringing his tally to 0-8. The Cooley Kickham was man-of-the-match.

And what of Shane Lennon’s contribution? He added 1-3 to the scoreboard, his crucially-timed goal coming as a result of Derek Maguire’s selfless piece of play; but it was as a target man that the Kilkerley club-man caused the Laois defence most problems. There was no criss-crossing of the field, at least not until the final ten minutes, long balls being the order of the first half, in particular, when the wind favoured Louth. He was a willing recipient, his speed off the mark causing Denis Booth endless problems.

A half-forward line of Ross Munnelly, Donie Kingston and Colm Begley was seen as Laois’s strongest unit. The threat didn’t manifest itself in this game. John O’Brien, Derek Crilly and Adrian Reid were as solid as the proverbial a rock, and along with the full-backs, one of whom, John Bingham, was on his championship début, confined Laois to just four scores from play, the locals finding it desperately difficult to deal with Louth’s tenacity.

There was a real dogfight at midfield, no-one being allowed to win clean possession. But there was lots of what they call ‘dirty ball’ up for grabs, and Louth got plenty of it. Paddy Keenan was in the thick of it, but still had time to score and clean up at the back.

This was the best we’ve seen of a Louth team since the Championship defeat of Kildare at Navan three years ago. That win was a prelude to a first appearance in a championship final in 50-years.

Can there be a repeat? There are two hurdles to be crossed for that to happen, the first of them in the shape of Wexford a week from next Sunday. It’s a home game for Louth, which, presumably, gives this county the choice as to where the venue should be.

Serious consideration should be given to opting for a pitch similar to O’Moore Park, which on Sunday was ideally suited to a team as fit as Louth now are and playing the football O’Rourke wants them to play. Anyone for Pairc Tailteann?