Europe is now the gateway to riches 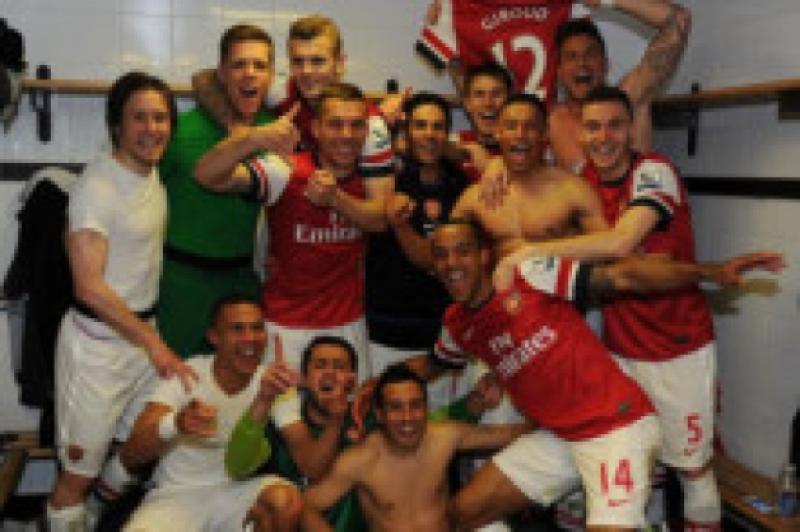 Anyone who believes British soccer is not all about money didn’t see the celebrations which followed Arsenal’s win over Newcastle United on the last day of the Premier League.

Anyone who believes British soccer is not all about money didn’t see the celebrations which followed Arsenal’s win over Newcastle United on the last day of the Premier League.

Hugging and kissing and handshaking.....for what? Clinching fourth place? It didn’t seem to matter to the revellers in the stands and on the pitches that the competition-winners had finished 16 points ahead.

It was a reminder for this writer of the whooping and hollering on the day Louth seniors got the win they needed to avoid the drop to Division Three of the league, a number of years back. Staying up, of course, brought Louth no major financial gain, just the chance to condition the players against better opposition in preparation for the following year’s championship. The celebrations, nonetheless, were over the top.

The goal for the other wearers of the red jersey was much different. Arsenal’s fourth placing earns them a place in next season’s Champion League, and that is now the Holy Grail. It’s where the money is, and when they have that, clubs can spend on buying – and paying – players, most of them from foreign countries.

Playing in Europe is now the be-all and end-all, and what this quest for continental riches has done is diminish the status of what we’re continually being told is the greatest league in the world. If it is, the word ‘domestic’ should be attached.

And where does the FA Cup stand? A competition that brings together all league teams and others of a mongrel status, the knock-out was at one time the outstanding competition, which really got interesting from the third round onwards. If there was a giant-killing, it made front page news. The final was a must-see, one of the year’s sporting highlights. Not any more.

If there was more interest than usual in this year’s decider it was because it gave Roberto Mancini, his last chance of staying in charge at Manchester City. The sky-blues were raging hot favourites to beat relegation-haunted Wigan, but fell victim of a very late goal. Mancini was on his way out - which to many didn’t make sense. He had brought food to the hungry among Mancunians less than 12 months earlier, and this season guided them to second spot. And a place in the Champions League.

The Italian is entitled to feel aggrieved, as is Rafael Benitez, who, while he was told when he took over at Chelsea a number of months back that his appointment was of the interim variety, could have expected more than a ‘thanks very much there’s the door’ having reaped a decent harvest - third behind the two Manchester sides and a win in the Europa League. And a place in the Champions League....