McCourt’s quick off the mark with a moniker 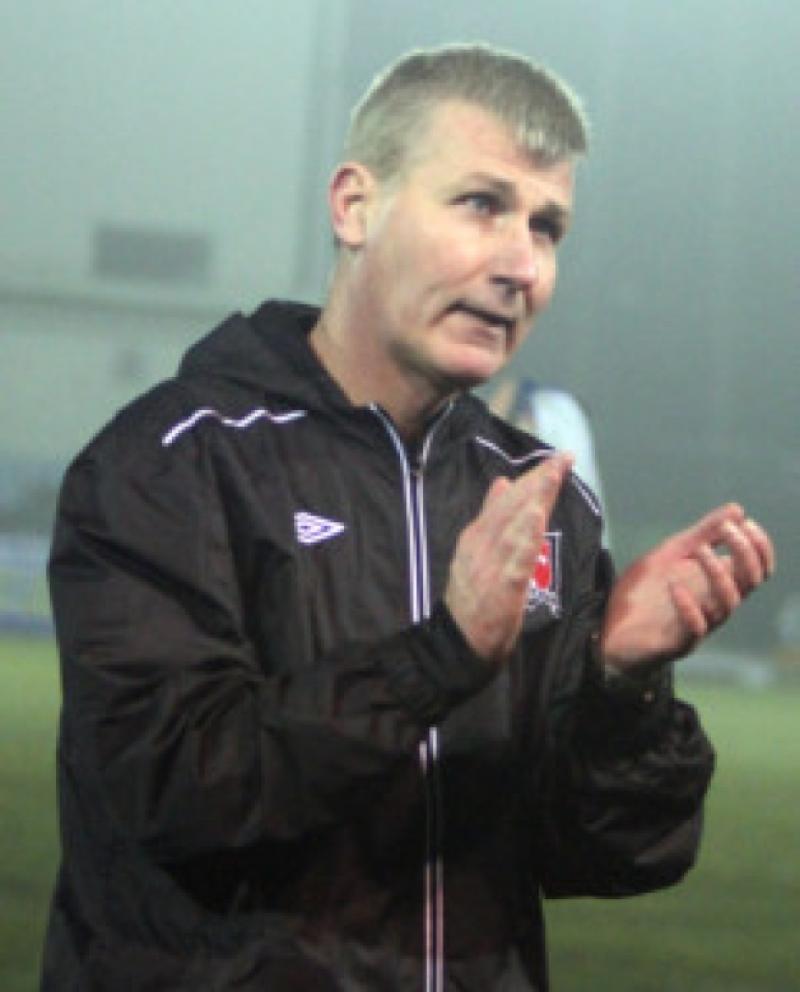 It was perhaps inevitable he’d be labelled as Kenny Dalglish was, but I thought it wouldn’t be until his team had strung together a few wins at the very least.

It was perhaps inevitable he’d be labelled as Kenny Dalglish was, but I thought it wouldn’t be until his team had strung together a few wins at the very least.

Though he’s only “hoping” Dundalk have “a good season”, which to him would be finishing in mid-table, Jim McCourt has looked to the great Liverpool star in his naming of Stephen Kenny. How the new manager feels about being handed the King Kenny moniker so soon I wouldn’t know, but that’s what Inside Track’s longest-standing correspondent has already handed him.

Of course Jim was at Oriel for the league opener, and the Malone Cup match with Drogheda the week before that. However, he wasn’t at any of the friendlies, because, like Roy Keane “I don’t do them.” (There’s lots of other things Roy doesn’t do, like playing for his country. What he does like, however, is antagonising his former club. Is it just that he likes being in a minority of one, or does he really believe Nani deserved to be sent off in the match with Real?)

Back to more important things. JMcC liked what he saw last Friday week. He thinks Kenny has his side playing a nice brand of football, with “no hoofing it down the centre”. He’s concerned, however, that scores will be hard to come by, though that could be rectified with the purchase of a “centre-forward to finish off the good approach work”.

The size of the crowd at Oriel was pleasing, and Jim was delighted with the way in which they got behind the team.

A new dawn, he calls it. Let’s hope there’s nothing false about it.

* Goals hard to come by, Jim? That wasn’t a bad haul at Tolka on Friday night, the win over Shelbourne setting the scene perfectly for tonight’s clash with the champions.