O’Rourke must have enjoyed this one 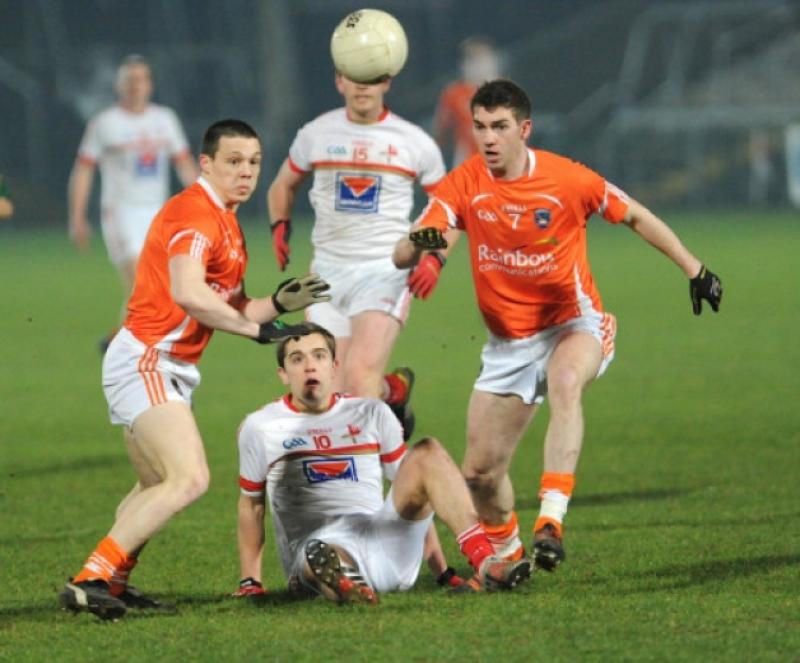 Come on, Aidan, admit it, Saturday night’s win was the sweetest of the half-dozen or so you’ve had since taking over as Louth senior team. And what about you, Hugh Morgan, now filling the role of county team sponsor having previously poured thousands into Armagh?

Come on, Aidan, admit it, Saturday night’s win was the sweetest of the half-dozen or so you’ve had since taking over as Louth senior team. And what about you, Hugh Morgan, now filling the role of county team sponsor having previously poured thousands into Armagh?

Yes, but there may not have been any great shows of emotion.

The two lads are Applemen, born and bred, and still living on the other side of the so-called divide. Aidan, in case you didn’t know, is O’Rourke, the one who’s calling the shots on the Louth line, along with his brother, Martin. The other selectors, Bernie Murray and Gerry Reynolds, usually keep a watching brief from the stands, and Mike McGurn is the fitness guru. I don’t know if there’s anyone to look into the players’ heads; could be that the boss himself numbers that among his tasks.

There have been five games in Division Two of the league so far. In looking adversity in the eye and most times overcoming it, Louth have mixed the mediocre with the good. Because there’s been more of the latter, sights are now set firmly on promotion.

Drogheda’s Gaelic Grounds is earmarked for Sunday’s meeting with Derry and the one with Longford the week after that. If there’s even a hint of rain in the meantime, those in charge should seriously consider taking the games elsewhere. Drogheda was particularly taxing on the players on the day of the Wexford match. How about that happy hunting ground, Haggardstown?

As they showed on Saturday, at Portlaoise a fortnight before that, and, yes, at Mullingar’s Cusack Park for the one that shouldn’t have been allowed slip by, O’Rourke’s students play better when the going’s good. (Let’s hope there’s dust rising in O’Moore Park come late May.)

Tests of character don’t come more telling than the one the visitors then had to face. It was passed with honours, White redeeming himself with as sweet a strike from a free as you could wish to see. Was the Cooley lad a victim of sledging as he went to take the kick?

Sledging is as despicable as spitting and even racial abuse. There should be no room in any game for it.

A shrewd judge opined at Croke Park on Sunday that he’d be happier to see Louth staying in Division Two than winning promotion. If it’s a team in the making - and there’s every sign this is what O’Rourke is setting about doing – then it would probably be better to experience another campaign on the second rung.

But first let all chances of relegation be banished. At least a couple of points over the next two Sundays may be needed to make things safe.