Is McGuinness going to pull another rabbit from the hat? 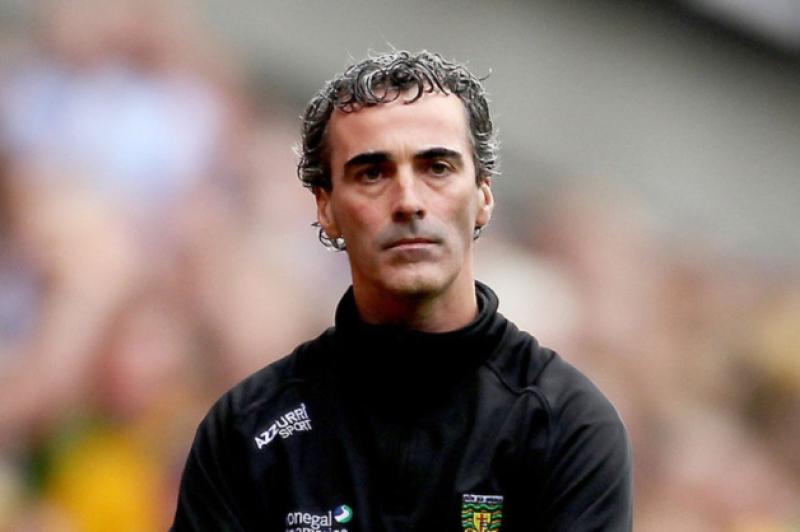 Donegal played differently in the All-Ireland semi-final defeat of Dublin than they did in the Ulster final. At Croke Park they were more attack-conscious, got more scores, and were more pleasing to the eye. As for the difference in this performance and the one they turned in when they previously played Dublin at the same stage of the competition......as the fella says, don’t go there.

Jim McGuinness had plenty to say after the match of a little over a fortnight ago, but not among his carefully chosen words was an attack on the media. He could have said something like: “Well, what have you got to say for yourselves now,” ‘you’ being the hacks, this one included, who often criticised his team for their style of play. He didn’t; best leave point-scoring to my players, he might have said to himself.

The Donegal team boss took 2011 criticism in his stride. The following year he brought his team back to Croker, and changing tack, pieced together a title-winning string of victories, seeing off not minnows in the final furlong, but many of the big names.

There was a disastrous All-Ireland semi-final appearance 12 months later, a big defeat by Mayo, and this, combined with league relegation, had many writing the Dun na nGall obituary. In addition, McGuinness was now part of the Glasgow Celtic backroom team, taken there by the then-manager, Neil Lennon.

Donegal had plenty to tip them to come out of Ulster this year, mainly because of the saunter through Division Two of the league. There seems to be a new freshness there, it was said, if not a whole lot of new faces. Few, however, saw them capable of dethroning Dublin.

But as they prepare to take on Kerry next Sunday in the first-ever meeting of the counties in the concluding round, Donegal have done what many considered impossible, McGuinness pulling yet another rabbit from the hat, his side overcoming a dodgy start and riding their luck just a little to see off the champions.

What, we wonder, has the man from The Glenties got in mind for Sunday? What plan has he concocted for his defence as they face up to the high-catching Kieran Donaghy and the fleet-footed James O’Donoghue? Will Neil Gallagher start in the centre in an effort to contain the two players who did most to get the Kingdom the verdict in their replayed semi-final defeat of Mayo? Anthony Maher and David Moran are the latest in a long line of great green-and-gold midfield combinations.

One thing is for certain, McGuinness will have his homework done, just as the astute Eamonn Fitzmaurice, with Mikey Sheehy one of those on his shoulder, would have paid the planning department lots of visits over the past few weeks.

It would be hard to match the skill, excitement, scoring and late drama of the hurling final, but if this one comes anywhere close, those lucky enough to have tickets are in for a real treat.