Get a team in place and make Clarke the captain 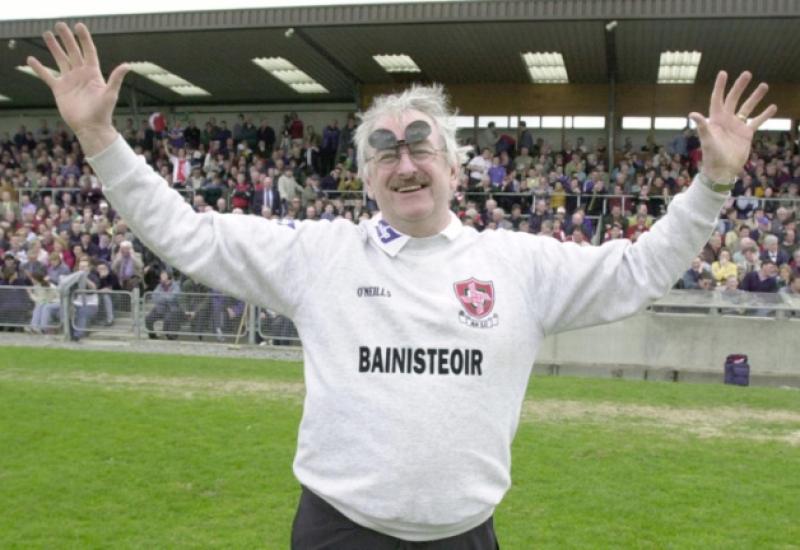 If Louth is ever again to be a force in Championship football, a serious look will have to be taken at how things are done at underage level.

If Louth is ever again to be a force in Championship football, a serious look will have to be taken at how things are done at underage level.

What’s been happening here is not working, and for proof there’s no need to look beyond recent-year results. It’s over 40 years since there was an appearance in a Leinster U18 final, and 2002 since there was only a half-decent challenge for honours, that year’s representatives taking Dublin to a semi-final replay. This year, the young Reds were heavily beaten in the opening round, and again tasted defeat when given a second chance.

Good adult teams don’t just happen. They are built from the bottom up through sound coaching and well-organised structures. With these in place, there’s a greater likelihood of the young men becoming winners on moving on to senior.

There should be no fear of going into other counties, the successful ones in particular, to see how they operate. Okay, so it might be frightening to be told there are 55 full-time coaches in Dublin, all of them well trained and concentrating as much on schools as on clubs; but per head of population, this is only the equivalent of what’s available in other Leinster counties.

Here in this county we have one of the country’s most experienced and respected coaches, someone who has carried the message all over the country, schooling others as well as looking after teams, many winners among them. The mystery is that Paddy Clarke hasn’t been enlisted here in some underage capacity in over 20 years. He was, of course, senior team manager from 1997 to 2001.

For many years Leinster coaching officer, Clarke was invited to Tyrone back in 1986. He was there two Saturdays running conducting a course for a group of 40 schoolteachers. Even though this was a year in which Tyrone seniors reached the All-Ireland final, there was a feeling plans needed to be put in place with a view to the future. The course was a first, and so well was it received, Clarke was asked back a few months later.

Maybe it’s a coincidence, maybe not, but in 1988, Tyrone won their first Ulster minor title in a decade, and two years later got the first of three U21 titles in succession, two of them the forerunner to All-Ireland success. Further underage wins followed, including the U18s’ 1998 All-Ireland win, the team including a number – Stephen O’Neill, Pascal McConnell, Enda McGinley and Eoin Mulligan, among them – who would help bring the Sam Maguire to mid-Ulster three times since the turn into this century.

Success for the Red Hand wasn’t confined to county teams. At colleges level, Dungannon’s St Patrick’s won the MacRory Cup for the first time in 1991, before adding another title six years later. And in 2001, Omagh CBS closed a 27-year gap, lifting this famous trophy for only the second time in the school’s history.

Clarke can’t take direct responsibility for this change of fortune, but he can claim to have made a contribution.

The sower of seeds, perhaps? Pete McGrath gave him a mention in the aftermath of Down’s 1991 All-Ireland win as the one who conducted one of the first courses the Rostrevor man attended.

He is someone with so much to contribute it simply wouldn’t make sense not to have him involved if, as is hoped, the Co Board includes underage structures in its rumoured plan to take a look at all aspects of football in the wake of yet another very poor Championship campaign, the county’s four football teams having won just two matches between them.

It’s a GAA thing to ‘set up a committee’ whenever there’s something serious that needs examination or a problem to be solved. It’s not the worst move that can be made, but so much can depend on the committee’s composition and, indeed, its agenda. Ego-trippers and people who are in it for only the sumptuous meals have nothing to offer.

In this case, it might be no harm to have an outside influence, one or two from another county to sit with the county’s best qualified.

Managers will continue to come and go, but until there’s a well-groomed squad available to them, graduates of properly organised ranks, none of them can be expected to mould a Championship-winning team.