INSIDE TRACK | Could you imagine darts being played at the Olympics? 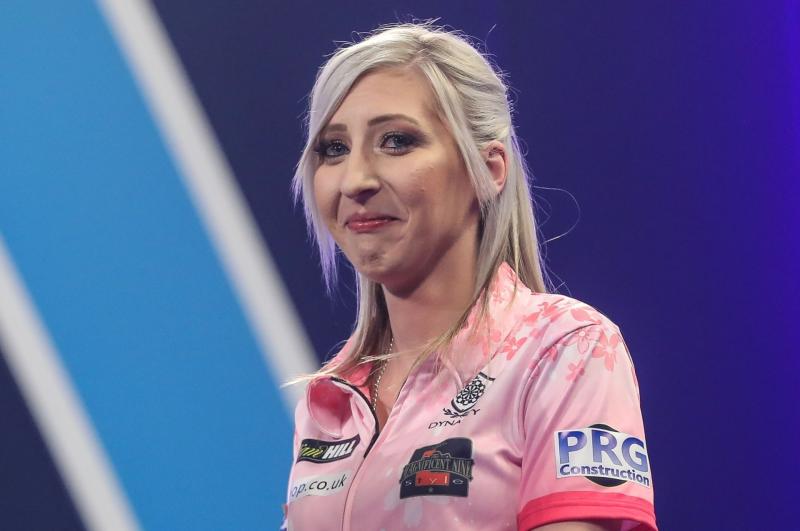 It’s ‘arrers’, better known as darts, and what – no, who – we have in mind is Fallon Sherrock.

Equestrian sport is one of four Olympic Games disciplines in which men and women compete against each other. Can you name any of the other three? (Answers at the end of this piece.)

- Because of Australia’s quarantine laws, there were no equestrian events at what we remember as Ronnie Delany’s 1956 Melbourne Games (The boxers also did well, Belfast’s Freddie Gilroy and John Caldwell, Fred Tiedt from Dublin and the Drogheda Dynamo, Tony ‘Socks’ Byrne, all winning medals). Instead, the horses and their riders were directed to Stockholm in Sweden.

This jump through the five rings is not prompted by anything equestrian, athletic or even pugilistic. It’s ‘arrers’, better known as darts, and what – no, who – we have in mind is Fallon Sherrock. (Fallon is a woman, no mean performer on the oche.)
It’s hard to imagine darts becoming an Olympic sport, but then who ever thought synchronized swimming would make it, and after that, skateboarding, beach hand- ball and mountain biking? (Baron de Coubertin must be going through the hoops.)

If ever darts makes it, with men and women competing against each other, you’d have to think Sherrock would have a chance of striking a blow for the fairer sex. The 25-year-old from Milton Keynes has already carved a niche for herself, becoming the first woman to win a match in the PDC world darts championships. She did it in the most recent renewal, beating Ted Evetts.

Followers of the game mightn’t know too much about Evetts, but they’d be familiar with the methodical Austrian thrower, Mensur Suljovic. He, too, fell victim to the bespectacled Fallon at Alexandra Palace.

That was it for Sherrock; but just to prove last December’s heroics weren’t an oche one-off, she came out last Thursday night and gave another sterling display, this time in the Premier League. Her 6-6 draw with three-times World champion, Glen Durrant, was a near-perfect first-off for her gender.

She has built a huge fan base, to the point where, in a game where ‘quiet please’ is no longer part of the referee’s lexicon, her opponents have to run the gauntlet every time they step up to the board. There were thousands at Nottingham last Thursday night where her every treble 20, not to mention a check-out, was cheered to the echo by a beer-swilling, raucous following, while poor Glen would agree, the England rugby players had it easy by comparison at Murrayfield the previous weekend.

Darts at the Olympics? Whatever about females being able to compete on a level-playing oche, the organisers would have to fear for the decorum normally associated with the Games.

Those other gender-equal sports: mixed doubles in both tennis and badminton, and sailing.