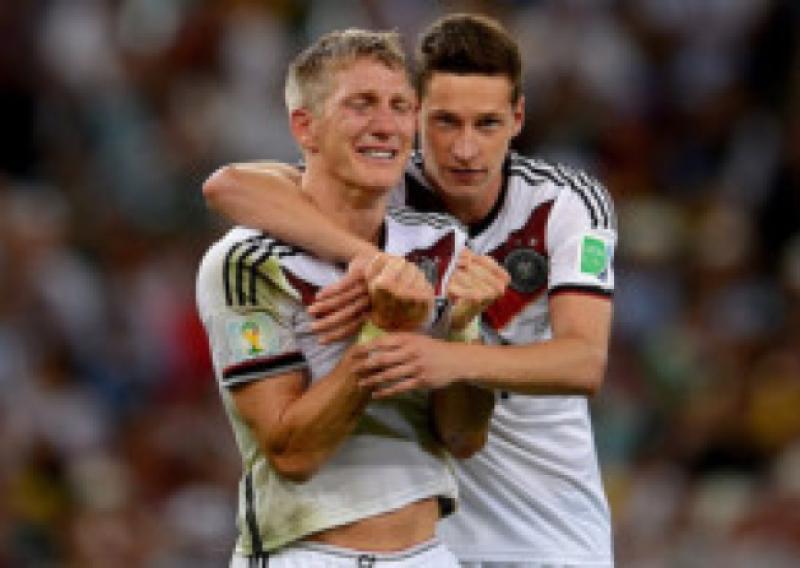 Some thoughts on the World Cup....

Some thoughts on the World Cup....

There’s no such thing as bad publicity. Luis is liked only in his own country after biting off more than he can chew, but within days attracts a bid of 95 million in the money we trade in here in this country. The bid’s accepted, and Brendan Rodgers, I suspect, is happy. There’s now a whole lot of money in the poke for new players, and a stormy petrel has flown.

A headline that didn’t appear: Sterling Is Worth His Weight In Gold. Hard to image that England were part of the finals, so long is it since they headed home. The Premier League might, just might, be the best in the world, but the more foreign players arrive to play in it, the less chance there is of the Three Lions ever roaring again. A club team conquering Europe is more likely.

Conquerors of Europe and now the world. To get to the knock-out stage, Germany had first to qualify from a group that included Portugal. They did it easily, beating Ronaldo’s team 4-0 on the way. Then came a 1-0 defeat of France, before they conquered South America. Low’s side got a 6/1 quote before the off, third favs behind Brazil and Argentina. They’re record scorers and history-makers.

They sounded the best. And also played well as a team. George Hamilton and Trevor Steven were easy on the ear, easily the best of those behind the mic. The three – yes, those three - back in the RTE studio were good when featuring on Apres Match. Steven played 36 times for England, but George is still waiting for his Ireland cap.

A minute, is a minute, is a minute. Yes, but the most precious of them came late on as both teams searched for a winner, or one of them an equaliser. How many of the chasing teams must have regretted not showing the same urgency early on.

Who needs a ball? The story goes that as two teams waiting for a ball to arrive to start a GAA challenge match in Co Meath, one of the players suggested to the ref that they go ahead without it. There was a ball in play for the Brazil v Colombia match, but the referee seemed to have no whistle, so many of the Brazil tackles that went unpunished.

Let’s not forget them. The Costa Ricans, 4,000/1 to win the tournament and 50/1 to win their group, finishing with more points than Italy, Uruguay and England. They then made their way to the quarter-finals, and were only denied a place in the last four, Holland beating them in a penalty shoot-out.