Derby-winning Joe has no room for show 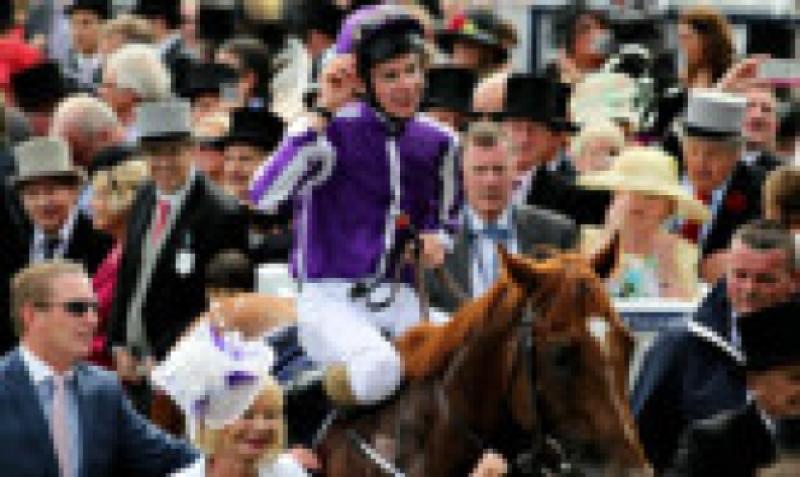 You’ll never see Joseph O’Brien do a Dettori-style flying dismount, or rouse the crowd the way the National Hunt boys do as the walk the most famous corridor in racing having just ridden a winner at the Cheltenham Festival. And there’ll be no Tricolours on the job, and rightly so.

You’ll never see Joseph O’Brien do a Dettori-style flying dismount, or rouse the crowd the way the National Hunt boys do as the walk the most famous corridor in racing having just ridden a winner at the Cheltenham Festival. And there’ll be no Tricolours on the job, and rightly so.

No, this is the most reserved young man you are ever likely to see in silks, as expressionless after riding a Classic winner as on a beaten odds-on chance. Okay, there might be a handshake for connections after he’s ridden a winner and maybe a tip of his cap. That would be it.

But, wait, what was that we saw him do as he passed the post at Epsom on Saturday last? A pointed finger and the faintest of smiles?

If it was, then why not? The 21-year-old had, after all, just ridden the blueblood, Australia, to victory in the English Derby, giving him his second win in this great race. His mount, a warm favourite, was said by connections - headed by his trainer father, Aidan - to be the best they’ve ever had at Ballydoyle. That added to the pressure; but soaking it up with the aplomb of a veteran, Joseph rode the copybook race, keeping his mount away from trouble on a course that’s known to severely punish mistakes, and delivering his challenge at just the right time.

As said here before, O’Brien junior might have been born with a silver whip in his mouth, being the son of parents, each of whom was a champion in their days as jockeys; but if he hadn’t been able to deliver on taking over the highly pressurised job as Ballydoyle’s first jockey, he wouldn’t still be wearing the Magnier, of Tabor, or Smith colours.

There’s no room for sentiment at Ballydoyle, which runs hand in hand with the greatest breeding operation in the world. It’s all about winning in that neck of the Tipperary woods, and while his father has proved himself supreme in his preparation of the thoroughbred, Joseph has more than paid his way since taking over from Johnny Murtagh.

Inside Track’s fancy, Ebanoran, kept Australia company for a good part of the race, but that was as good as it got. Declan McDonagh’s mount back-peddled when the load came on, finishing well out of the money. But although some hard-earned went down the shoot before finding a place on the other side of Barry The Bookie’s Quay Street counter as a result, compensation came in seeing the O’Brien craftsmen take the honours.