One All-Ireland day snub and then another 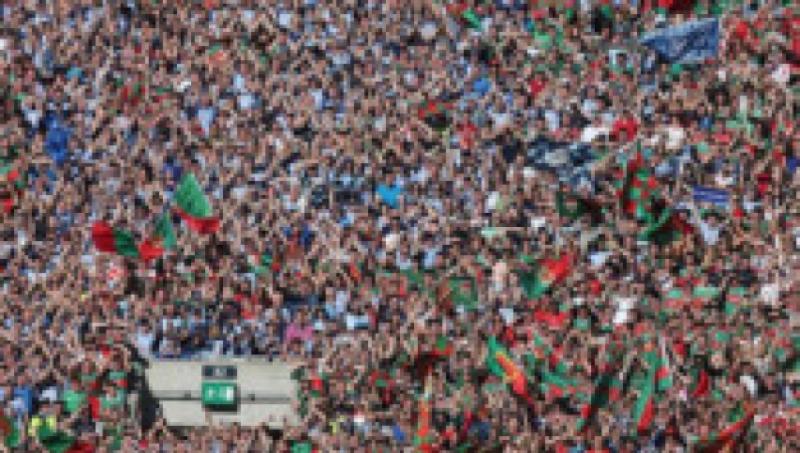 Some reflections on All-Ireland football day, if not the game itself.

Some reflections on All-Ireland football day, if not the game itself.

To me, one of the great sights when Dublin are playing is the eruption of Hill 16 when the parade passes by. Spine-tingling stuff.

The Hogan Stand and then the Davin Stand side has its say and after that there’s the long walk past the Cusack. Nothing these three have to offer compares, however, with the Hill heave, which this time was hugely contributed to by the green-and-red, but was still overwhelmingly sky-blue.

Did the Dubs team not show just a little disrespect to the vast majority of their supporters by breaking away from the parade soon after the turn past the Cusack? Here’s one who thinks they did, delivering a snub to what’s often referred to as the team’s 16th man, though given the way the bench was used this year, 21st man would probably be more like.

Mayo gave a nod to protocol by continuing with the parade; by the time they came to the finish-line, Dublin were in a huddle, no doubt psyching themselves up for the 70 minutes ahead.

By the time all of this happened, a team comprised of players deemed the best to go through the 1980s without winning an All-Ireland senior medal was honoured.

Ciaran Murray, who, when he’s not tending to his renowned physio practice in Dundalk’s Stapleton place, or looking after the welfare of the Republic of Ireland soccer team, coaches the U16 team at Pairc na nGael, was named at centre-half. Willie Joe Padden partnered Dermot Earley at midfield, and Fermanagh’s greatest-ever, Peter McGinnity was on the right wing.

Cooley’s Gerry Farrell wasn’t named, and to me, that was another snub for this county’s greatest-ever goalie. 30 years ago, he got an All-Star nomination, one of three from which the winner would be picked. The other two were Leinster players, and while Farrell was the province’s Railway Cup choice that year, he was passed over in favour of Martin Furlong, whose Offaly team had relinquished their championship title in mid-summer.

Speaking to this paper a while back, the man known best to his Cooley Kickhams colleagues as ‘Flogger’ said that not getting the award “wasn’t that important in the general scheme of things”. He’d probably say the same if asked was he disappointed not to have been in Croke Park last Sunday week.

Six days after Dublin inflicted Mayo with another major blow, Clare and Cork went at it in the replay of the hurling final. Now, this was a game, arguably the best-ever on the day on which the Liam McCarthy Cup was on the podium.

Clare got the verdict, by 5-16 to 3-16. Some of the goals were the best you could wish to see, the last of Clare’s, in the dying seconds, finally putting paid to brave Cork’s challenge.

It’s a young Clare team, so young a Cork supporter close to your writer said he feared for the future. “They’ll be around for some time to come,” he opined.

There’s no need for anyone to fear for the future of hurling. It’s a game that hasn’t been contaminated in the way in which football has, and now there’s a top table with more hungry mouths sitting around it than any time in the last decade.