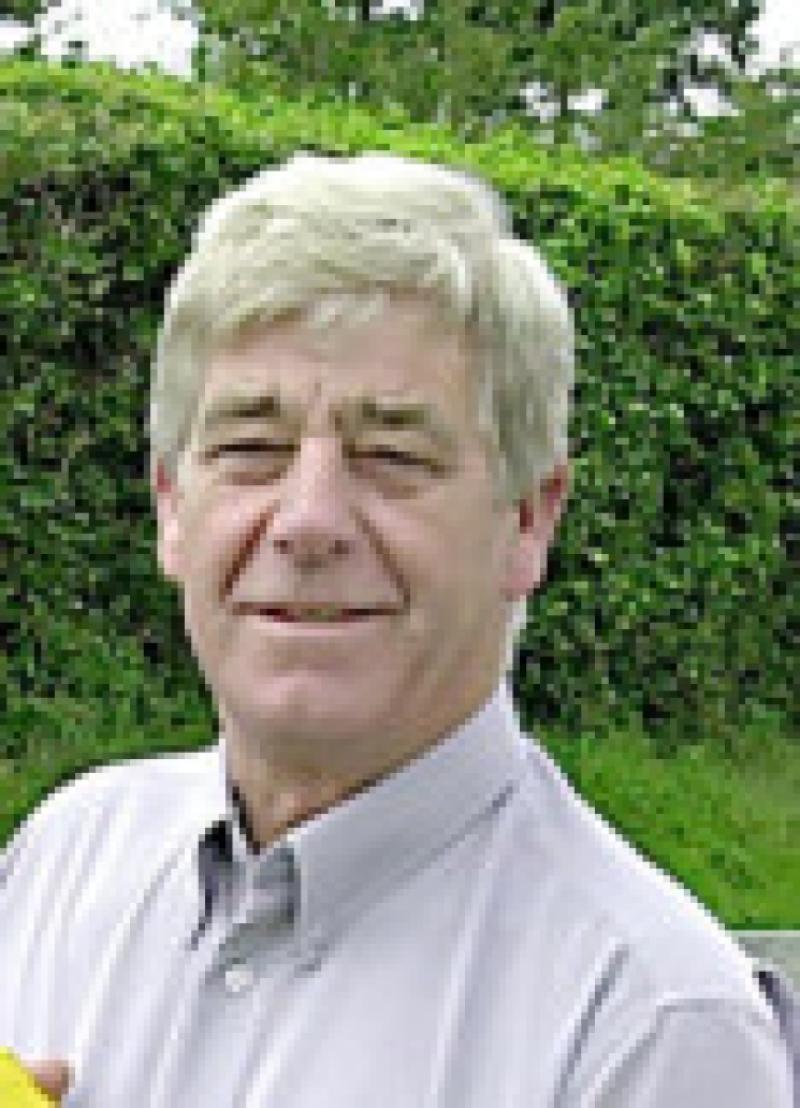 HARRY REILLY’S career as a GAA referee reached its pinnacle when he took charge of the 1975 National League final. He refereed countless championship matches at club and county levels, and was considered very unlucky not to have been appointed for an All-Ireland final.

HARRY REILLY’S career as a GAA referee reached its pinnacle when he took charge of the 1975 National League final. He refereed countless championship matches at club and county levels, and was considered very unlucky not to have been appointed for an All-Ireland final.

How many years a ref? About 15, covering club and county matches. I was refereeing while still playing.

When did you first take charge of a match? In the mid-1960s. As far as I can remember, my first club match was in 1967. Before that I refereed Cumann Peile na nOg matches. Hugh O’Hare, who was prominent in the Cumann at the time, asked me if I’d help out. That’s where it started.

So, you had no ambitions to be a referee? None whatsoever. I was playing football at the time, and that was my only interest.

Your first club match? A junior match between Naomh Malachi and Kilkerley Emmets. It was played in the Malachi’s home pitch, which was along the Castleblayney Road.

How long before you got your first inter-county match? About two years. I began with challenge matches, and then in 1968 I refereed a Leinster Senior Championship match between Kildare and Wexford at Croke Park. The captains were Andy Merrigan, after whom the All-Ireland Club Championship cup is named, and Pat Dunny, one of a number of Kildare’s All-Ireland U21 team from the year before.

Your biggest game? The 1975 National League final between Meath and Dublin. There was a huge crowd at Croke Park, and Meath won. A few weeks later, Louth beat Meath in the Leinster Championship.

That wasn’t the only league match you refereed that year? I think I know where you’re coming from. I had charge of a game between Dublin and Roscommon, and I sent off Dermot Earley. I felt it was justified. Dermot wasn’t his usual self, and I put him off for a foul on Bobby Doyle.

That didn’t go down well in Roscommon? No. Their chairman, Michael O’Callaghan, had some rough words to say, including that if Roscommon were playing in the All-Ireland final the following Sunday and I was appointed referee, they wouldn’t field.

But Earley saw it differently? He came out in the paper the following week and said I was right to send him off. That put an end to all arguments.

And Croke Park backed you as well? Yes, by appointing me for the final a few weeks later.

Biggest championship match? I refereed the two 1980 Leinster senior semi-finals, Meath against Dublin and Laois against Offaly. The Dublin game was Kevin Moran’s last at inter-county. He was a Manchester United and Republic of Ireland player at the time, but made a surprise appearance as a half-time sub.

Were you disappointed never to get an All-Ireland final? I was disappointed I never got a Leinster final, having refereed a league final. I was one of three shortlisted in 1975, but they went for Johnny Maloney, of Tipperary.

The highest number of players you sent off in a match? Three, in a Louth junior league match.

And the highest-profile county player you sent packing? Dublin’s Brian Mullins, I suppose. I wouldn’t say Brian gave me grief, but he was always questioning decisions. I can’t remember exactly why I sent him off.

Who were on your team of assistants? It changed over the years, but the likes of Joe Leonard, Frank Kirk, Jim Meehan, Kevin Mullen, Tommy Carroll, John Wehrly, Barry Brennan, Colm Lynch and my permanent sideline man, Joey Callan, gave me great help.

Were you ever sent off yourself? Twice, by Terry Doolan, from Drogheda, and Peter Hoey.

Who else did you play for? St Mochta’s, at underage level, and one year with Young Irelands senior, in the All-Ireland year of 1957.

A Division Two Championship medal with Fanes Rangers. I was captain, and funny that you should ask: this is the 50th anniversary of that win.

But you’ve All-Ireland wins? Yes, for ploughing. I was minor and senior champion in the same year (1956). It was the first time anyone had achieved the double, and no Louthman has won the senior since.

You’re now with Kilkerley Emmets? As a member, but I was previously chairman for ten years and also took charge of the senior team. It’s a very progressive club with great facilities, including two full-size pitches.

You served the county as well? Vice-chairman for two years and a senior team selector for two terms.

Your opinion of the modern game? Players certainly have to be fitter, but a lot of the great skills have nearly been eliminated – the likes of high catching and blocking. The game’s more about athletes than footballers, and I’m not sure it’s for the better.

And refereeing? To me there’s a clique of about ten referees and they seem to be getting all the top games. As for the rules: they seem to be changing all the time. And then there’s Hawk Eye, with black cards coming down the line. Referees are not being allowed to use common sense any more, nor are young referees being given a chance.

The greatest player you refereed? Easy. Jack O’Shea. Brilliant midfielder, and a gentleman on the field.

And closer to home? Louth’s best in my book were Stephen White, Frank Lynch, Seamus O’Hanlon and Terry Lennon.

Who will win this year’s All-Ireland football title? I can’t see beyond Dublin. They were brilliant against Kildare, and I can’t see any team stopping them. Mayo, I’d say, would be the biggest dangers.

Other sports? The GAA is my game. I played golf for a time, and would watch a big soccer match on television if there was nothing else on.

Invite four to dinner. No invitations needed. My wife, Ree, sister-in-law Olive and her husband Peadar Lambe and myself form a quartet, and we regularly socialise.

An amusing incident? I awarded eight penalties in a 1973 game between Dublin and Cork. But there was nothing unusual about that. There was an experimental rule in place which said a penalty had to be awarded for even the slightest infringement inside the big square.