Gavin freaks out as Fergie bows out 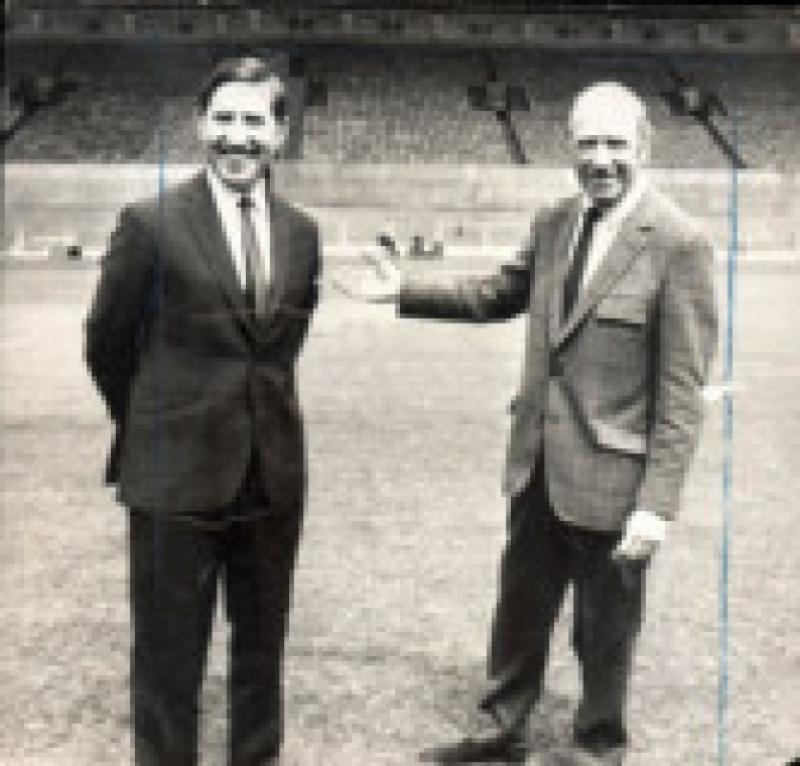 All I was looking for when I put in a call to Demo soccer guru, Gavin McLaughlin, last Wednesday was a phone number. But before I could even tell him I was sorry for bothering him, I got it: “Ah, I’m in shock,” he said.

All I was looking for when I put in a call to Demo soccer guru, Gavin McLaughlin, last Wednesday was a phone number. But before I could even tell him I was sorry for bothering him, I got it: “Ah, I’m in shock,” he said.

“Monday night’s result is it”, I asked, feeling a little surprised that Dundalk’s narrow defeat by Shamrock Rovers could have that kind of an affect, especially on someone who’s seen much worse than a 1-0 defeat at Tallaght in the years he’s been covering the Oriel Park affairs.

“You obviously haven’t heard the news; Sir Alex has quit.”

We had a chat, and, wearing the coat I borrowed from the counsellor who had to work overtime after the 2010 Leinster final, managed to elicit a few chuckles from Gavin, who will now probably change the name of his new house from Stretford End to Ferguson Feats, or maybe, Old Trafford Titan. He’s that big of a fan.

Anyway, Big Al is gone. Or is he? He might not have been kicked upstairs, but that’s where he’ll be, keeping both eyes on the man he recommended should succeed him. David Moyes will be on to a good few quid more than he was getting at Goodison, but is unlikely to ever accumulate his predecessor’s wealth, estimated at £34m. He’s said to be his own man, not afraid to make the big decision. Fine, but having made those big decisions, let them concern sales, purchases or even tactics, will he then have to get a seal of approval?

Many are comparing this switch-over with the one that happened when another Old Trafford icon stepped down as manager. Matt Busby was happy to anoint one of his former players, Wilf McGuinness, as his successor, but, seemingly, wasn’t happy to give him a free rein. McGuinness was in the job for only a matter of months.

Frank O’Farrell, next to fill the hottest seat in British football, got slightly longer than that – a season-and-a-half of an agreed five-year contract. While there, O’Farrell, the only Irishman to hold the post, was also in Busby’s shadow, and though it may not only have been his demotion of George Best that led to his dismissal, it wouldn’t have helped. See, Best was one of Busby’s pets, someone whose waywardness could quickly be forgiven.

But let’s wait to see what happens. Who knows, Fergie might be happy to take his place in the stand alongside another knighted one, Bobby Charlton, and let Moyes get on with it. There’s huge pressure on the soon-to-be former Everton boss. He faces his first major task in dealing with Wayne Rooney, the player he blooded at Goodison and then sold to United.