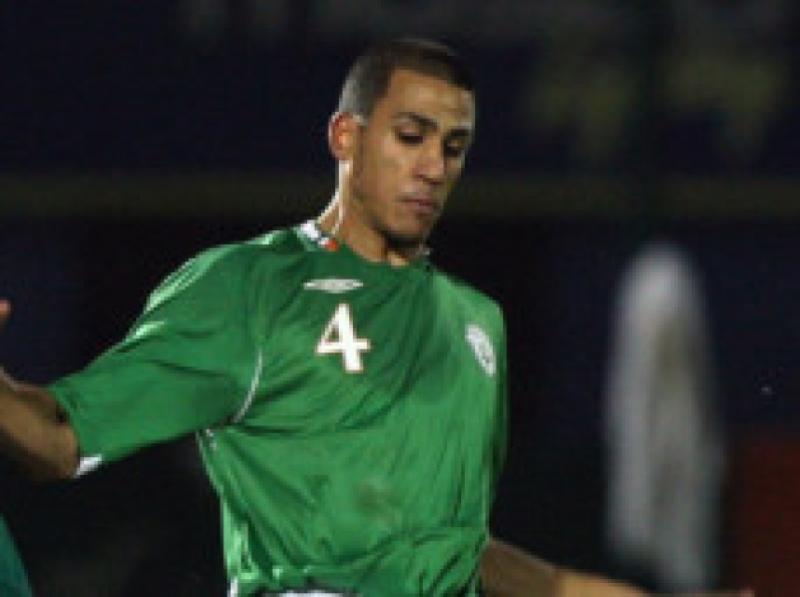 “I’ve news for you,” said a Louth supporter before last Sunday week’s game in Drogheda. He had a piece of paper in his hand and was very excited.

“I’ve news for you,” said a Louth supporter before last Sunday week’s game in Drogheda. He had a piece of paper in his hand and was very excited.

“You know that fella you’re always going on about, Joe O’Cearuil? Well, he was on the telly the other night, and was sent off. He’s playing for Bury.”

With that he thrust a newspaper cutting into my hand. The line-ups for Bury’s Skybet League Two match with Rochdale – score 0-0: attendance 6,295 – were circled, and fourth on the Bury list was a ‘J Carroll’.

My suspicions were immediately raised. Surely Joe hasn’t switched to the Anglicised version of his name? I’d be happy if he’d found a place in the Football League, but disappointed to see him now kicking with the other foot.

Inside Track has given Joe some publicity since his name was spotted among those being given a free transfer by Arsenal a number of seasons back. His every move was watched after he’d left The Emirates – or was it Highbury at the time? - his travels taking him to this country, Scotland and then back to London.

We shouldn’t have worried. Following an exhaustive search, we established that the J Carroll presently doing his bit for Bury – fifth from the bottom - is Jake Carroll, who is Irish, and who also formerly played with St Pat’s!

If Joe O’Cearuil is still with his 2013 team, things are not going so well for him. Non-league Enfield Town play in the Ryman Premier Division of the Isthmian League, and are currently lying close to the bottom with 33 points from 34 games. They’re just ahead of East Thurrock, but all of 37 points behind the leaders, Wealdstone.

But it may be that Joe, a former St Patrick’s Athletic clubman and full Irish International, has moved on, bringing to about a dozen the number of clubs he’s played for.

If Joe tops the I Got A Mention In Inside Track list, Fred Done would be a close second. Fred’s a bookie, one of the biggest in Britain, and like Paddy Power likes to pull a publicity stunt, but is much more tasteful than PP in how he goes about it. He’s twice paid out on Manchester United winning the league long before the competition finished, getting his fingers burnt not last season, but when Alex’s side faltered in the home straight to finish runners-up a few years before that.

Fred’s again looking kindly on Man U backers, this time giving money back to those who wagered on Moyes’ men winning the league title. He’s a big Old Trafford fan, but that hasn’t stopped him from having a pop at the current crop of underachievers.

Useless, hopeless, meaningless are some of the words he’s used, adding, the loyal fans (punters) “never had a chance of winning.”

It’s reckoned he’ll be paying back upwards on £200,000, which is a drop in the till to a firm that took over the running of the Tote in Britain a while back.