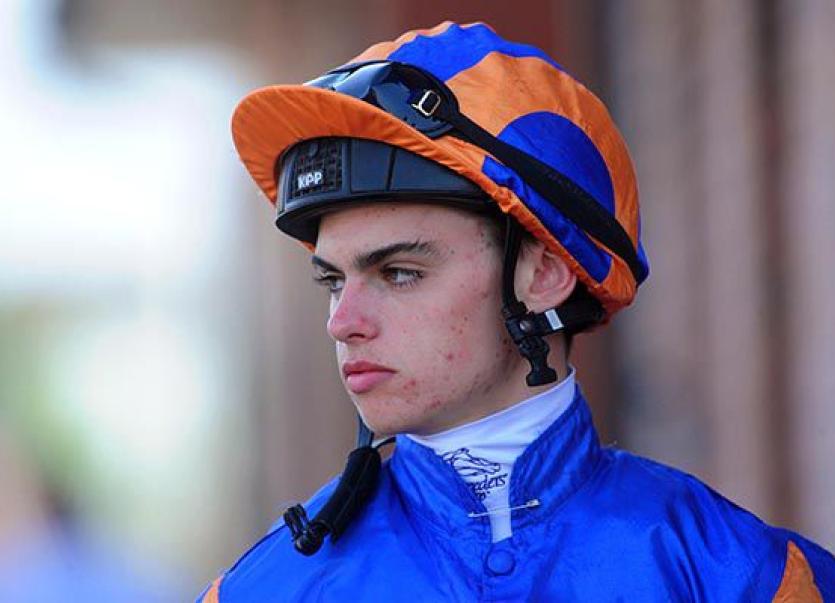 It was too good to be true, Donnacha O’Brien coming up with a winner on the night he made his debut as a trainer.

It was too good to be true, Donnacha O’Brien coming up with a winner on the night he made his debut as a trainer. The fourth member of the most famous family in Irish horse racing to hold a trainer’s licence had a couple of runners on Dundalk’s all-weather track last Friday night, and though both were strongly fancied in the betting, neither found a winning bracket.

Mythologic fared the better, taking third in a Maiden, but any hopes followers of the new stable had of retrieving their loses in the Apprentice Handicap were foiled with 3/1 favourite Flower Garland failing to strike a blow.

It may have crossed the 21-year-old’s mind that it was at Dundalk where he rode his first winner, and probably nothing would have pleased him more than to have repeated the feat as a trainer.

He might yet do it. Racing continues each Friday night at Dowdallshill until the end of the 2019/’20 season in April, and there is also a number of day meetings in that time, including one on Sunday afternoon, April 19. The name Donnacha Aidan O’Brien, Tipperary, is almost certain to be listed among the trainers at many if not all of those meetings.

The younger brother of Joseph, who is now firmly established in the training ranks, had just turned 16 when he opened his account as a jockey. In the five years since then he rode the winners of four Classics and was Irish champion jockey. He’ll be keen to emulate his brother in his new role, the older of the two numbering a Melbourne Cup among his many big wins. That’s something the old man can’t claim.

It’s reckoned that between them the three stables could have upwards on 1,000 horses in training, and such being the case, regular clashes, especially on the Flat, would be hard to avoid. Could you imagine what it would be like around the breakfast table after a fancied one got chinned by one of the others’?