Will you answer the questions please? 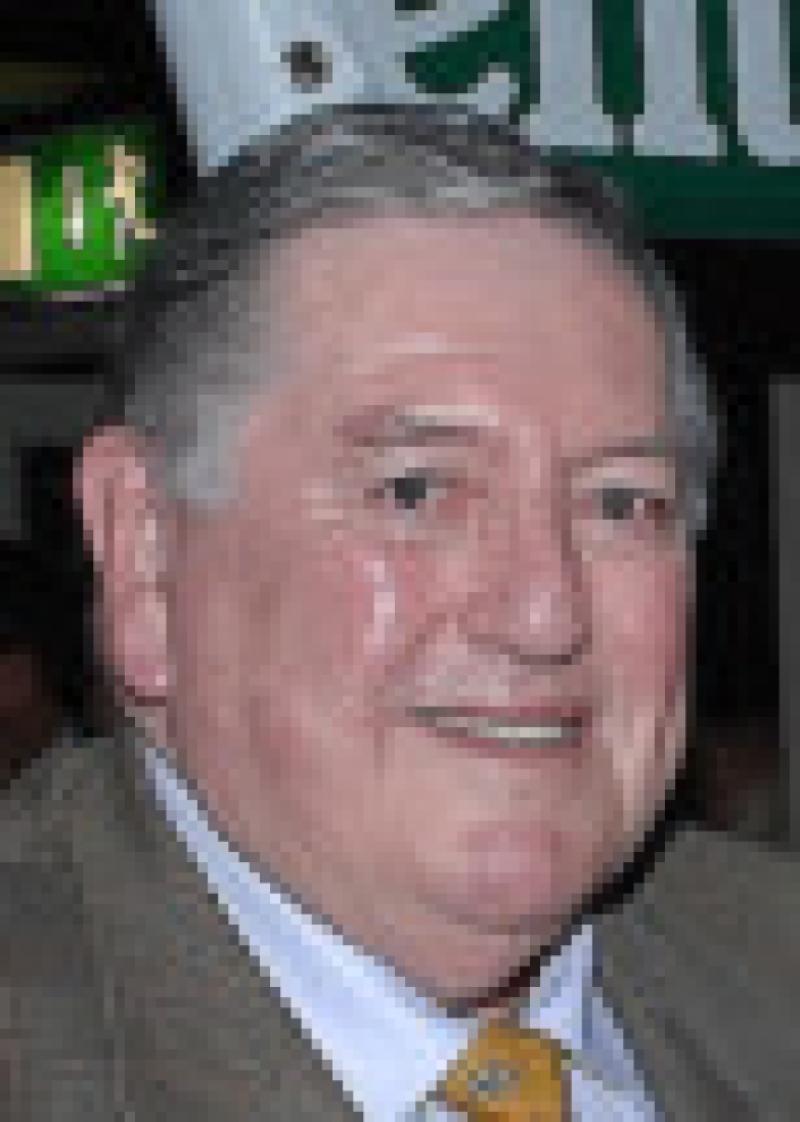 From the time he was elected to the Dundalk FC board up until his retirement as UEFA Vice-President 37 years later, DES CASEY earned the reputation as one of soccer’s finest administrators. As FAI President, he played a major part in Jack Charlton’s appointment as Republic of Ireland team manager.

From the time he was elected to the Dundalk FC board up until his retirement as UEFA Vice-President 37 years later, DES CASEY earned the reputation as one of soccer’s finest administrators. As FAI President, he played a major part in Jack Charlton’s appointment as Republic of Ireland team manager.

You’ve been involved in football administration for most of your life - where did it begin?

In the late 1950s, having played with Dundalk at Reserve and Youth levels, I became chairman of the Supporters’ Club. Then in 1963 I was elected to the Dundalk FC board, and ten years later was headhunted by the League of Ireland to act as Honorary Treasurer, a position I went on to fill for 21 years.

As Treasurer I became a member of the FAI Council and Executive, and then having served as Vice-President, I was made President in 1984 for a two-year period.

You were following in your father’s footsteps?

My father, PJ, who helped to form Dundalk FC, was Hon Treasurer of the League of Ireland from the late 1930s until he died in 1961.

The Casey family has always been linked with Oriel Park?

The ground was owned by grandmother, and when she died intestate it was passed on the family. In 1936, the field was made available to the club on a lease basis, and that’s how it’s been to this day.

Big crowds for home games back in the 1960s?

I remember a game with Shamrock Rovers in 1966 attracting almost 12,000, and, of course, there were even bigger crowds for some European games.

The great footballers to wear the Dundalk jersey?

For me, the three best were Jimmy Hasty, Tommy McConville and Barry Kehoe. Tommy almost made it to Old Trafford, while Barry had a trial there. I was always of the opinion both would have made it had they been given the chance.

In your time with the League and FAI, who would you regard as the most enlightening administrator?

Without a doubt, Dr Tony O’Neill, who died at a tragically young young age of 59. He was a class apart, and there’s no knowing what could have been achieved under his leadership. He was Director of Sport with UCD, and was the one who introduced the scholarship concept.

Dr O’Neill and yourself had a huge part to play in the appointment of Jack Charlton as Republic of Ireland team manager?

It’s a long story. We had high hopes of qualifying for the 1986 World Cup finals after beating the Soviet Union 1-0 in the first match. Denmark, Norway and Switzerland were the other teams in the group, but when it came down to the second-last match we were in the position where we had to beat the Soviet Union again, this time away from home. We lost 2-0, and when we were beaten in the final match by Denmark it was decided to find a replacement for Eoin Hand. The Executive chose myself and Dr Tony to suss out suitable candidates. I was the Association’s President at the time.

What was the criteria?

We had seen how Northern Ireland had qualified for the World Cup in 1982 and again four years later having a manager, Billy Bingham, who was living and working working in England. So the first thing Dr Tony and I did was to head to England. I’d been told by a friend of mine from Newcastle that Jack Charlton might be interested. He was the first we met, but in a hectic weekend of travelling, he was only one of many.

Did Charlton impress you?

Very much, in particular with his knowledge of the players at Ireland’s disposal. He felt with the panel available, Ireland could make it to 1988 European finals and the World Cup after that.

What about the others?

Pat Crerand was mad keen on the job, but so also were the others we met, John Giles, who was living in Birmingham, Terry Neill, Gordon Lee, Noel Cantwell, Theo Foley and Billy McNeill, who was then manager of Manchester City. At home we had Liam Tuohy, Paddy Mulligan and that great Oriel favourite, Jim McLaughlin..

Who was in the final shake-up?

Initially, Charlton, McNeill and Giles. The idea of McNeill doing the job while continuing to manage Man City was appealing to the FAI, but he was soon ruled out when we heard how prohibitive the Maine Road board’s terms were.

So it was down to Charlton and Giles?

Liam Tuohy re-entered the fray when McNeill was ruled out, but then almost out of nowhere, Bob Paisley, the former Liverpool manager, came into the reckoning To make a long story short, Charlton got the nod, and, as they say, the rest is history.

What do you think? Qualification for a European and two World Cup finals, and beaten in a play-off for another European in the space of ten years? It was certainly a great era in Irish football.

The most memorable of matches?

The defeat of Italy at the Giants Stadium, 1994. I’ll never forget it.

What was it like to be in Windsor Park for that crucial tie with Northern Ireland?

There wasn’t a pleasant atmosphere - I can’t put it any milder than that. We flew down the night before and left immediately after the match. There was a lot of apprehension about the game.

You were still on your feet when McLoughlin equalised?

I couldn’t resist it.

All I’ll say is that I wasn’t happy with the whole affair. It was a sad episode in the history of the FAI.

We often have a chat on the phone, as do our wives, who became great friends when Jack was manager.

And now to UEFA – what was your first involvement?

When President of the FAI, I was nominated to the Youth Committee. I was then elected to the Executive in 1994 for four years, and then re-elected. It gave me great experience.

Was your move to UEFA’s Vice-Presidency an appointment or had you to be elected?

An appointment, in 2000. I did two years and on reaching 70 decided to retire from this and the FAI and League of Ireland posts I held at the time. I remain an Honorary Life Member of UEFA and Honorary Life Vice-President of the FAI and LOI.

How many Euro club finals have you seen?

About 40, covering all competitions. And before you ask, Liverpool’s Champions League defeat of AC Milan in Istanbul in 2005, when they came from 3-0 down, was the greatest. I’m biased, of course, since I’m a ‘Pool fan. But as Man U are big favourites in our household, I’d better mention their win over Bayern Munich in Barcelona in 1999. It, too, was memorable.

Seven, although I didn’t see all of the actual finals. My first final was the meeting of England and Germany in 1966.

Are you travels over?

At 82 I’m not as mobile as I once was. Mary and I are still invited, and, who knows, I might take in one or two more.

Can you see glory days returning to Oriel?

Why not? We’ve a very good manager and a talented young team that can only improve. I never miss a home game in the company of my grandson, Michael Byron, whose Dad, also named Michael, won a Louth senior medal with Young Irelands. I’d better mention that.