Different presidents have a different way for doing things 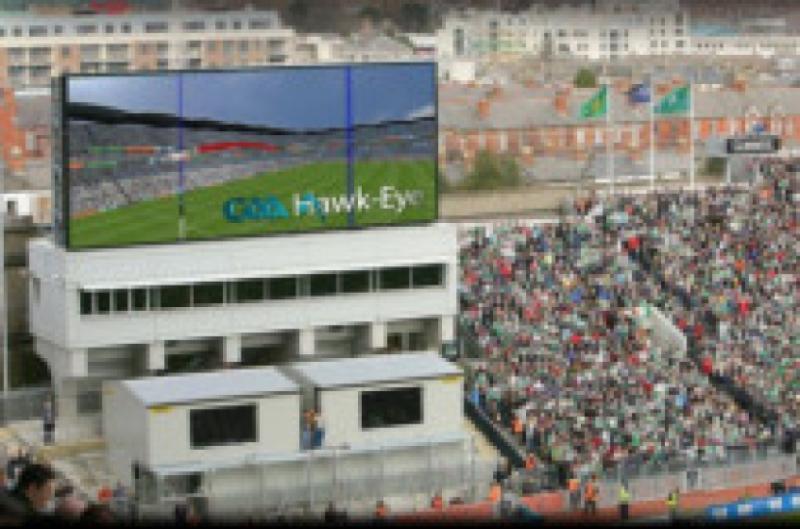 GAA president, Liam O’Neill, recently presented the Limerick minor hurlers with their medals for winning last year’s Munster Championship. There might have been another set of medals to be presented had it not been for an horrendous Croke Park blunder on the day of Limerick’s All-Ireland semi-final with Galway.

GAA president, Liam O’Neill, recently presented the Limerick minor hurlers with their medals for winning last year’s Munster Championship. There might have been another set of medals to be presented had it not been for an horrendous Croke Park blunder on the day of Limerick’s All-Ireland semi-final with Galway.

Early in that game, Limerick’s Barry Nash scored a point. The referee, however, wasn’t satisfied with the legitimacy of the score, so he sought clarification from the recently-installed and much-heralded Hawk-Eye. Sorry, it’s not working. So, the referee disallowed the score. Galway went on to win the game in extra-time, and despite Limerick subsequent objections and appeals, the result was allowed to stand.

Liam O’Neill felt that Limerick were hard done by, and is reported as saying as much at the presentation ceremony. Not only that, he apologised for the error.

“I do want to acknowledge here tonight that Barry Nash got a point that day that should have been awarded to him. I do regret it and we do apologise for it. It’s not easy to have to say it, but that’s the way it is,” the president is quoted as saying.

He added that Croke Park went to enormous bother and expense to install Hawk-Eye “so that what happened that day wouldn’t happen.

“The person (responsible) didn’t configure it right, and it’s a source of huge regret to me personally that it happened to this Limerick team.”

Had Hawk-Eye been installed and properly operated on the day Louth played Meath in the 2010 Leinster football final there’s no reason to believe Joe Sheridan’s late goal would have been disallowed. Hawk-Eye is only called upon at the referee’s insistence, and that day Martin Sludden sought the assistance of no-one in allowing the score to stand.

The then president, Christy Cooney, taking time off from condemning the people who assaulted the referee at the final whistle, acknowledged that Mr Sludden had made a mistake.

And he did a ‘Liam O’Neill’ by apologising to Louth for it? Like, no - at least not in public.

An apology wouldn’t have given Louth the title, but it might have helped remove some of the bitter taste from the mouths of players, officials and supporters that lingered for a long time afterwards.

Limerick Co Board chairman, Oliver Mann, was critical of Croke Park for not apologising when he addressed last year’s county convention, but speaking at the recent presentation night, said: “As far as Limerick Co Board is concerned, that particular episode is now well and truly finished, and I would like to thank Liam O’Neill for putting his end to that tonight.”