All change along the line at local clubs 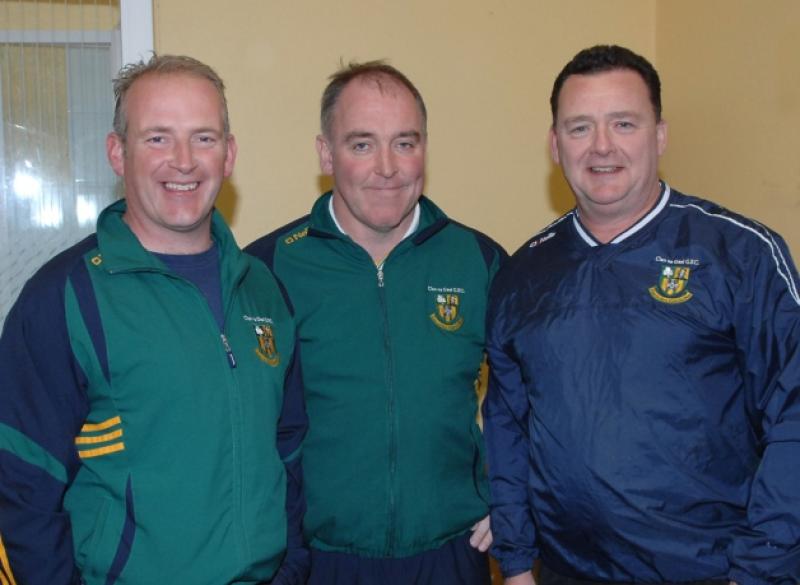 Time was when the appointment of a person, or persons, to look after a Gaelic club team went largely unnoticed.

Time was when the appointment of a person, or persons, to look after a Gaelic club team went largely unnoticed.

In the pre-manager era, annual meetings would choose selectors, usually three but in some cases five and maybe even more. Their names might appear in the paper; if they didn’t there’d be no great interest from other clubs. One of the selectors would act as trainer, and usually be the one to call the shots along the line as the season progressed.

Is there a team among the 12 contesting senior football in Louth this year that hasn’t got a manager, or is in the process of appointing one?

We may not be in a new place; for more than a couple of decades clubs have been going for a supremo, and haven’t been slow to venture beyond their own confines, or even the county, to find him. But it is still all so different from the time when there’d be a meeting in midweek to pick the team, and then on the day of a game, a row, perhaps, along the line because of a disagreement over who should or should not be taken off. (That would most likely only happen if the problem was at midfield or in defence. If it was in attack, all would be in agreement – take off one of the corner-forwards, or maybe both.)

There’s been a fair bit of coming and going - and in a few cases, returning – in this county over the past number of months, causing, as they, a few raised eyebrows.

Paddy Clarke, who’s been associated with more championship-winning teams in the north-east than anyone else, is on his way back to Mattock Rangers. A Joe Ward Cup winner with the Collon outfit, the former Louth team boss has a passion for the game that would be hard to match. He is changing one red-and-black jersey for another, having had a spell with Dreadnots. And to fill the void caused by his departure, Dreadnots are also reacquainting – with Colin Kelly.

Another returning to the fold is Gary Thornton. In charge when Cooley Kickhams got to the 2007 Joe Ward final, and having in the meantime led Killeavy to championship success in Armagh, Thornton will be trying harder than ever to return the glory days to Fr McEvoy Park, and, of course, regain peninsula supremacy. And in regard to the latter, he’ll have Fergal Reel to contend with.

The South Armagh man is to continue as St Patrick’s manager, having in the past three years delivered double success in both league and championship to the Pairc Eamoin club.

The appointment that has taken most by surprise is Cathal O’Hanlon’s as Newtown Blues boss. The former county player had three years with his own club, Clan na Gael, guiding the intermediate team to two championship finals, and for his move down the M1 will have the assistance of former Louth colleagues, Stephen Melia and Breen Phillips.

It’s a formidable team that faces a formidable challenge – that of trying to retain the championship, won last year by a side guided by first-time manager, Pat McDonagh.

Dundalk Gaels, having for a number of years stayed in-house, so to speak, will be looking to former Antrim footballer, Lenny Harbinson, to make the long-awaited breakthrough in both league and championship.

A key figure in the Belfast St Gall’s management set-up for a number of years and more recently linked with St Brigid’s in Dublin – with whom Paddy Clarke was also associated for a time – Harbinson will have recent-year Geraldines and Louth player, John Neary, included in his back-up team.

These are just some of the changes that have taken place as clubs look to the season ahead.