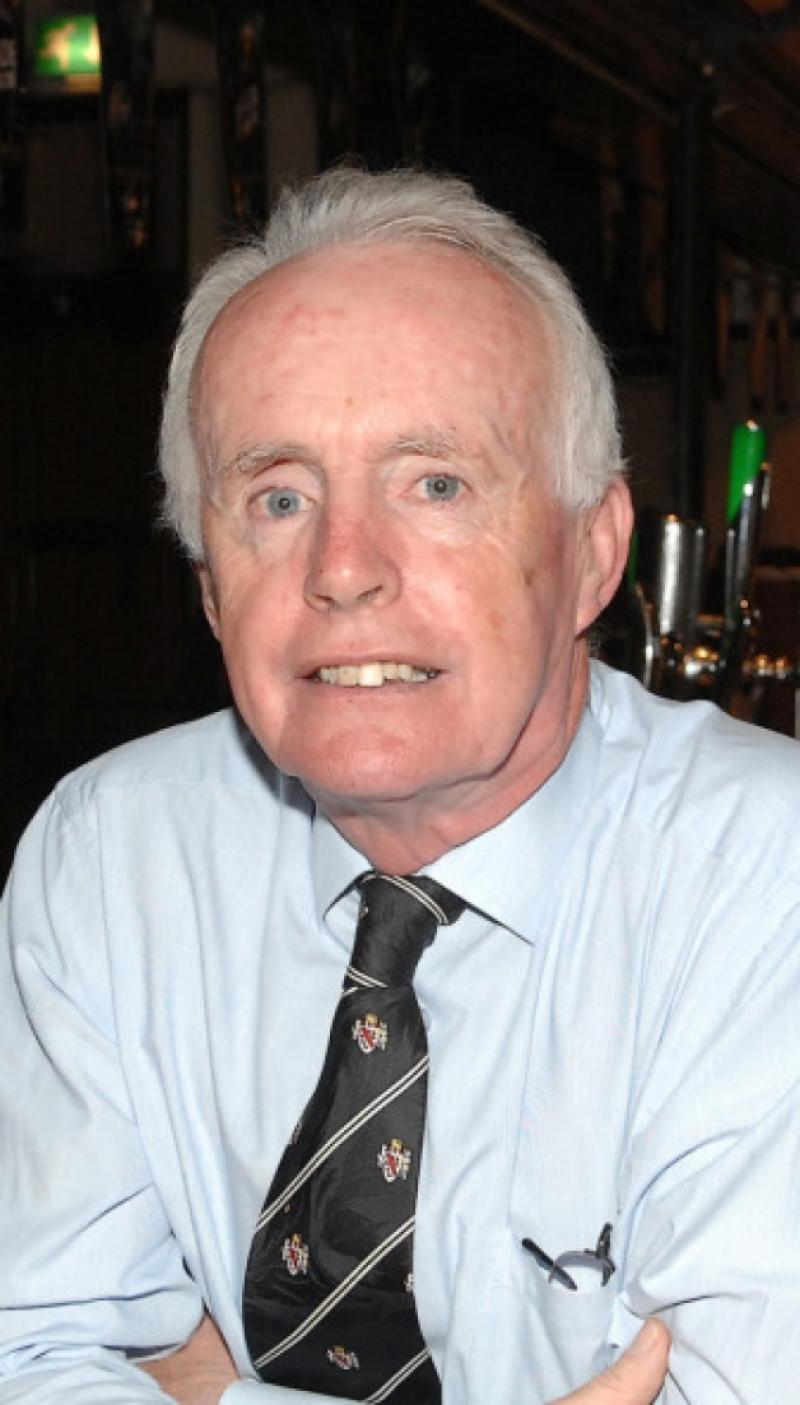 To those who visit Dundalk Rugby Club’s place on the Mill Road, TOMMY CAMPBELL is a most welcoming face. Prior to becoming manager, the Kilcurry man figured rugby among the games he played, and in a successful career, lining out mostly at scrum-half, won a junior inter-provincial cap with Leinster.

To those who visit Dundalk Rugby Club’s place on the Mill Road, TOMMY CAMPBELL is a most welcoming face. Prior to becoming manager, the Kilcurry man figured rugby among the games he played, and in a successful career, lining out mostly at scrum-half, won a junior inter-provincial cap with Leinster.

How long behind the Mill Road counter? Too long! I became manager in 1982 and have been here ever since. But I’ve met some great people in those 31 years.

You were a player before that? I went to the rugby club grounds in 1970 for a run to keep myself fit for soccer. I met up with the late McGee brothers, Vinny, Gerry and Hugh, and other rugby players, and they encouraged me to try my hand at rugby. The craic was good so I hung around.

Your first sport? Fishing was my first love, which I got from my father. I always remember catching a 6lb brown trout on the mayfly on Lough Sheelin, in 1963. After that I played hurling with Naomh Moninne in Fatima. This was a great club, founded by Fr Paul Johnston

Yours was a sporting family? Not really. My Dad loved fishing, as I’ve said, but aside from that there wasn’t much of a sporting tradition. My uncle, though, Peter Halpenny, played for Dundalk FC.

Soccer then became the No 1? Yes. At 17 I took up soccer, and during my career played with Shamrocks, Westend, Rugby Club and Celtic in the Summer League.

Win anything? Not a lot. Beaten in two finals, one in ‘69, the other in ‘73, playing for Celtic and Rugby Club, respectively. Maybe that’s why I took to rugby.

Any GAA? I had two great years with Dowdallshill. Pat O’Mahony and Dan O’Connell encouraged me to play for them and I suppose what I remember most were the get-togethers in The Lisdoo.

Did you find rugby very physical at first? Not really. I played at No 9, and got great protection from the forwards.

Always wear the No 9 jersey? I started on the wing but soon moved to scrum-half. I was sent on a week’s coaching to Mosney with Jim Coburn and was coached by the famous All-Black, Chris Laidlaw.

Your strongest asset? Coming from a football background, my kicking was accurate and I soon became a place-kicker.

You just missed out on 1969 Towns Cup win? I had just arrived when the Cup was won, and wasn’t on the team.

But you won representative honours? In 1976, I was selected for the Leinster Juniors to play Munster in Youghal. We won 6-3, and what I remember in particular was the conditions in which the game was played. It lashed throughout.

Any other Dundalk players on that team? David Kearney captained the side, and Robbie Rutherford and Richard Jeffers were also included.

Mention of David Kearney – do you remember when his youngsters first came about Mill Road? His family came to the club regularly on match days, and, of course, the boys first got involved at underage level. David was the club’s fixture secretary for a time.

Did Robert and David show signs of what was to come? Both played for the U12s, and it was soon very obvious that they were very talented.

Your son has taken the same route? Thomas played on the same team as Robert and continues to play scrum-half for the club. This year he captained the Leinster Juniors against Connacht and Ulster, and they won both games.

The great players you’ve seen at Mill Road? In 1975, the Ireland team trained at the Mill Road. It was a great occasion. It was great to see players like Moss Keane, Mike Gibson and Fergus Slattery. The All-Blacks also trained at the Mill Road with players such as Grant Fox and Zinzan Brooke. Zinzan, who, when asked to sign a ball, kicked it down the car park – all in good spirits, of course.

Your memories of “Bowler”? I could write a book on Paddy Boland. He was there for everyone. Rubs before and after matches, oranges at half-time, food after the matches, boots and socks looked after. He also found time to meet and greet visitors. He was definitely a one-off.

Were you a Lansdowne Road regular? I used take my lads there when they were younger. There was always a great buzz on the terraces, and there were some terrific matches.

What about the Aviva? The new stadium is all-seated and much more expensive. I’d have to say it doesn’t have the atmosphere of the old stadium.

The greatest player you’ve seen? There have been many great players over the years, from New Zealand’s Dan Carter to Australia’s David Campese. And there’s also been our own Ronan O’Gara, a great favourite of mine. But for me, those Welshmen, Gareth Edwards and Barry John, were the greatest.

Song you want to hear over and over again? Yellow Mellow. Can’t get enough of it.

Is that your party piece? Used to be! I’m getting a little old, and anyway, the wife doesn’t let me out too often nowadays!

That’s a surprise It lacks passion, and, no matter what’s said, it doesn’t motivate the players.

Invite four to dinner Jack Charlton, Padraig Harrington, Ronan O’Gara and my good wife Jean, who would be there to enjoy the meal, not to cook it.

Best advice given? It’s been heard often, I know, but it’s true: Never judge a book by its cover.