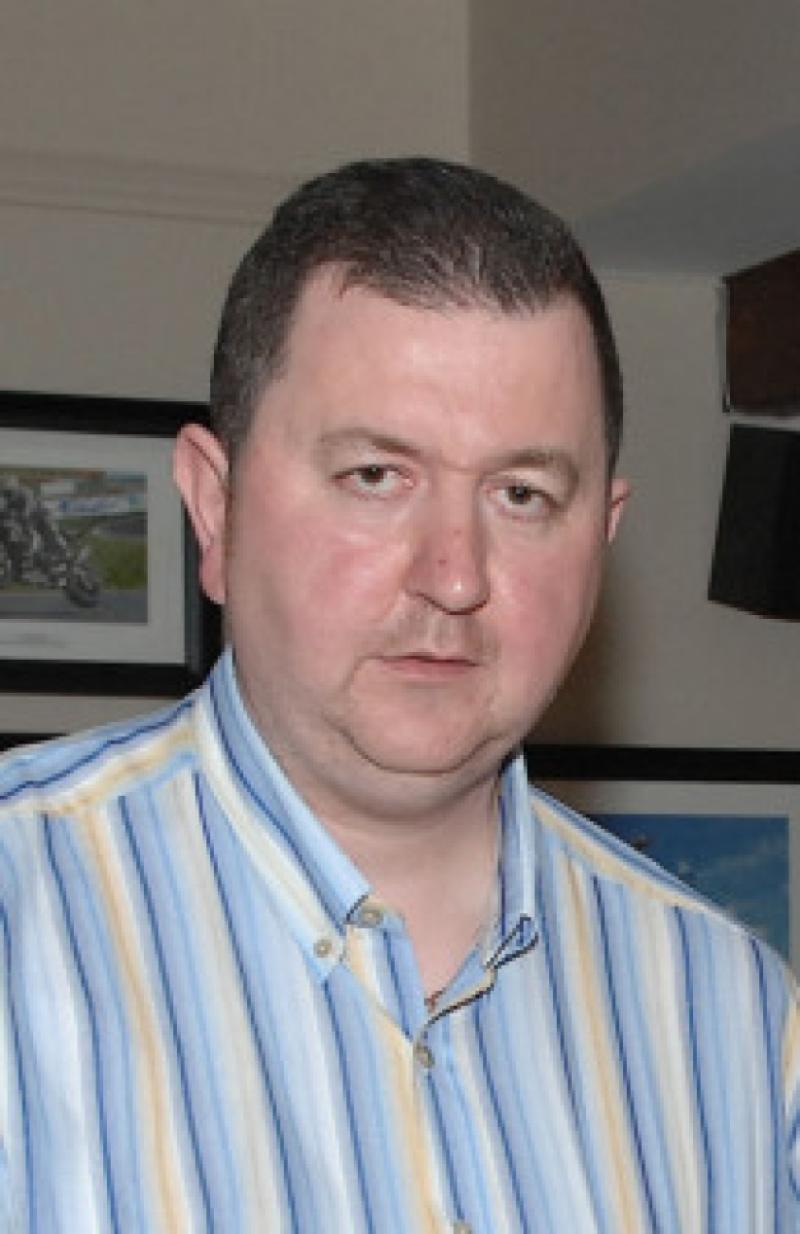 Everyone to his own, they say. When he’s not helping to run the Avenue Inn with his brother, Declan, and studying greyhound and racehorse formlines, PAT BRADY plays, as well as organises, pool. He’s secretary of the thriving Dundalk League.

Everyone to his own, they say. When he’s not helping to run the Avenue Inn with his brother, Declan, and studying greyhound and racehorse formlines, PAT BRADY plays, as well as organises, pool. He’s secretary of the thriving Dundalk League.

Pool, a sport or a pastime? Six of one and a half-dozen of another, I suppose. But if they call snooker a sport, then why not pool?

How well is the game organised in Dundalk? What would you expect me to say only ‘brilliantly’, since I’m secretary of the league? We set up two years ago, and everything has gone well since. Our pub, the Avenue Inn, is the headquarters.

How many teams in the Dundalk League? We had 12 last season, and hope to increase that to 16. Our season runs for eight months, with games taking place on Monday nights.

Are all teams attached to pubs? Yes, but we would love to see teams from clubs getting involved. And there’d be nothing to stop a group of people from getting together to form a team.

Now that you mention it, how many are there on a team? Five, and each game has three frames.

What competitions do you have? There’s a league and a knock-out, as well as competitions for individuals. They’re all run on scheduled, I’m delighted to say.

Are you happy with the publicity the game gets locally? Gavin McLaughlin is very good to us in the Democrat. We’ve had reports, fixtures and photos published, and really couldn’t ask for more.

No need for referees? No. A frame’s straightforward with each player having a specific colour of ball to pot. There are no scores taken, and the winner is the player who is first to pot all of his colours..

Is there an All-Ireland association? Yes. It organises individual and inter-county competitions. All ages and both genders are catered for. There are six categories for individuals, men, women, over-50s and under-21s, 18s and 15s. There are also team events for all of those, with the exception of the over-50s.

How many counties are involved? I reckon it’s about 20, from the length and breadth of the country. Some counties enter two or more teams.

Are there Internationals? Countries play in the European Championships.

Any Internationals from around this area.? Not yet, but give us time.

Are the signs positive? Well, Louth won the inter-county last year, with two from Dundalk, Wayne Rogers and Aidan Kinsella, on the team.

And yourself? I hope to play on the team this year. I’m holder of the Dundalk League individual title, having beaten Wayne in the final.

How did you become involved? My late father, Joe, bought me a table when I was young, and I’ve been hooked ever since, if you’ll excuse the pun. He played the game competitively in Newry many years ago.

You also played a bit of snooker? I was influenced here by my uncle, Mickey Ralph, and with his guidance I won the Louth title about 20-years ago.

Does it help a pool player if they are good at snooker?

The two games are different in that a pool table and cues are much smaller. But both require a player to be able to control the white ball.

Does pool attract gambling? Not at local level, but I believe there have been big bets struck on games throughout the country. We just play for pride. There are trophies for the winners of our competitions, but little else.

But you like a bit of a punt yourself? Mostly on the dogs and horses.

You’re a regular at the Dundalk dogs? Have been since the new track opened, and for many years before that on The Ramparts. I don’t suppose I could have avoided it, as it’s on both sides of my family. My father helped out at Mick McKenna’s kennel in Newry, and later with Jimmy O’Hagan in Omeath. Then on the other side there was Mickey Ralph, who had some very good dogs at his Dundalk base.

Would you call yourself a disciplined punter, one who waits until the right comes along, or do you like to have a bet in every race? We all like to think we’re disciplined, but there are times when that goes out the window. I study form, and unless I hear something, go with my own instincts.

Name a dog or horse that’s been good to you. A dog by the name of Abbeyville Tipp, trained outside Drogheda by Peter Tiernan, has been one of the most consistent I’ve seen running at Shelbourne Park. He’s won 22 races over the past couple of seasons, and I’d say I must have backed him every time. He’s very lucky for me.

The Irish Sprint Cup is currently in progress at Dundalk Stadium – who do you think will win it? The holder, Cambushmore, seems to be back to his best. It’s difficult to call at this stage, but I think he might do it. Farloe Calvin is an obvious danger.

And the Irish Derby at Shelbourne, due to commence shortly? Let’s wait until the entries come out. I’ll decide then if I’ll have a long-odds bet.

Best greyhound you’ve seen? College Causeway, a real machine, though he met his match in the Boylesports International at Dundalk.

Do you go to the horses? Dundalk only on a regular basis, and after that a day out with our Avenue Inn customers. We usually take in a couple of trips a year.

Jockeys you like to be on? William Buick in England, and over here, Fran Berry and Pat Smullen. Berry is very good around Dundalk.

Do you follow other sports? Only on telly, golf, snooker, football and the likes.

Four sportspeople you’d like to have around the table. Kenny Dalglish, Phil Taylor, Johnny Murtagh and Ronnie O’Sullivan. I don’t think we’d run out of something to talk about.

Ambition? In business terms, that the Avenue Inn continues to thrive, and, as a punter, to stay ahead of the posse.