Bookies don’t give Louth a chance 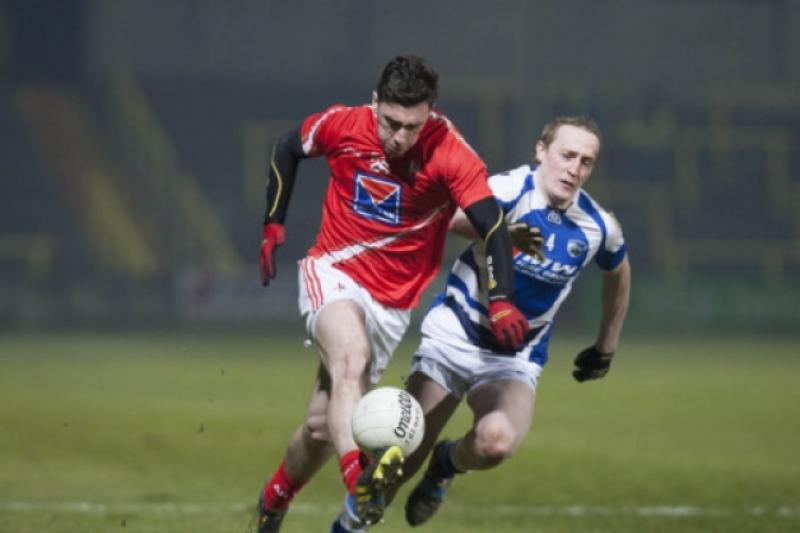 The last time Louth seniors were 66/1 or better to win the Leinster Championship was in 2010. I know a punter who had a few quid on at 80/1. She got a helluva run for her money, and should, of course, have collected.

The last time Louth seniors were 66/1 or better to win the Leinster Championship was in 2010. I know a punter who had a few quid on at 80/1. She got a helluva run for her money, and should, of course, have collected.

That year’s close call had the Wee County quoted at a much lower price for the 2011 renewal, and though that was a bit of a disaster, a first-ever defeat by Carlow being of the humiliating variety, the odds last year were still much lower than in 2010.

This year’s prices were chalked up recently and Louth are back in familiar territory on the bookies’ boards, quoted at 66/1. More than a little generous it would seem given how decent the league performance was. There’s also the absence of the big two, Dublin and Kildare, from the Reds’ half of the draw.

But the Dubs, All-Ireland champions of two years ago and current National League title-holders, are still a roadblock, responsible for all other Delaney Cup aspirants being pushed out, as they say on the race tracks and in the dens of iniquity, the name sometimes given to bookies’ offices. It’s odds-on rookie manager, Jim Gavin, leading his side to provincial glory and just 11/4 about them regaining the Sam Maguire.

Louth take a bow on Sunday, travelling to play Laois. O’Moore Park was the venue for the league meeting of the sides, and giving one of their best performances of the campaign, Aidan O’Rourke’s side fashioned a well-deserved Saturday night draw.

In this writer’s days in charge of Demo GAA affairs, previewing a Leinster Championship match, particularly the opener, centred mostly on the team that had been chosen, with much of the focus going on first-timers. That can’t be done nowadays because of one deadline being tightened and another extended.

Way back when your favourite weekly fought its way out of Earl Street, publication day was Saturday; now, of course, the sheet is on the street on a Tuesday. Therefore, not if the selectors sat down – or, perhaps, stood up, or had chat with each other on the phone – and named the team on a Tuesday night, as was traditional, giving followers time to pick the bones out of it, could it be included on these pages, or those of the other local papers.

That said, however late in the week it is now named, the team can still go out for public consumption, either through local radio or national newspapers, though rarely, if ever, during the recent National League was the published 15 similar to the one which lined out.

After Louth’s Drogheda meeting with Longford, the last in the National League, played in early April, Aidan O’Rourke said he was “three quarters of the way” towards his championship side. Let’s take a stab at who those ten might be: Neil Gallagher, Dessie Finnegan, John O’Brien, Derek Crilly, Adrian Reid, Paddy Keenan, Brian Donnelly, Brian White, Shane Lennon and Andy McDonnell.

Those we’d like to see being in the hunt for the other five places are Ray Finnegan, Darren Clarke, Ciaran Byrne, Jim McEneaney and Gerard Hoey. Finnegan, however, is only back after a prolonged spell on the sidelines through injury, and while he was involved in recent challenges and took in half of his club side’s Sheelan Cup quarter-final last Thursday night, he is probably still below the fitness required for a match of this importance. Derek Maguire (pictured) did enough in the league to warrant serious consideration for a place on the starting 15, but there’s plenty to suggest the Young Irelands player is most valuable when coming in as a replacement, one who wears the ‘impact sub’ label perfectly.

There were a few blasts from the recent past involved in the challenges over the past few weeks,, the likes of Gary Connolly and Gary O’Hare, the former back after sustaining an early-season injury. And there were others included who had outings in the O’Byrne Cup and league, Cooley lads Conor McGuinness, Patrick Sheelan and Conor Rafferty, along with Padraig Rath, Eoin O’Connor, Liam Shevlin, Mick Fanning and James Califf among them.

Whatever side O’Rourke and his sidekicks settle on, it will have its work cut out to down the locals, whose league campaign ran on much the same lines as Louth’s. Ground advantage is a huge plus for Justin McNulty’s side, but here’s one who thinks Louth’s chances wouldn’t be any greater if the game was played at Drogheda.