Will you answer the questions, please? 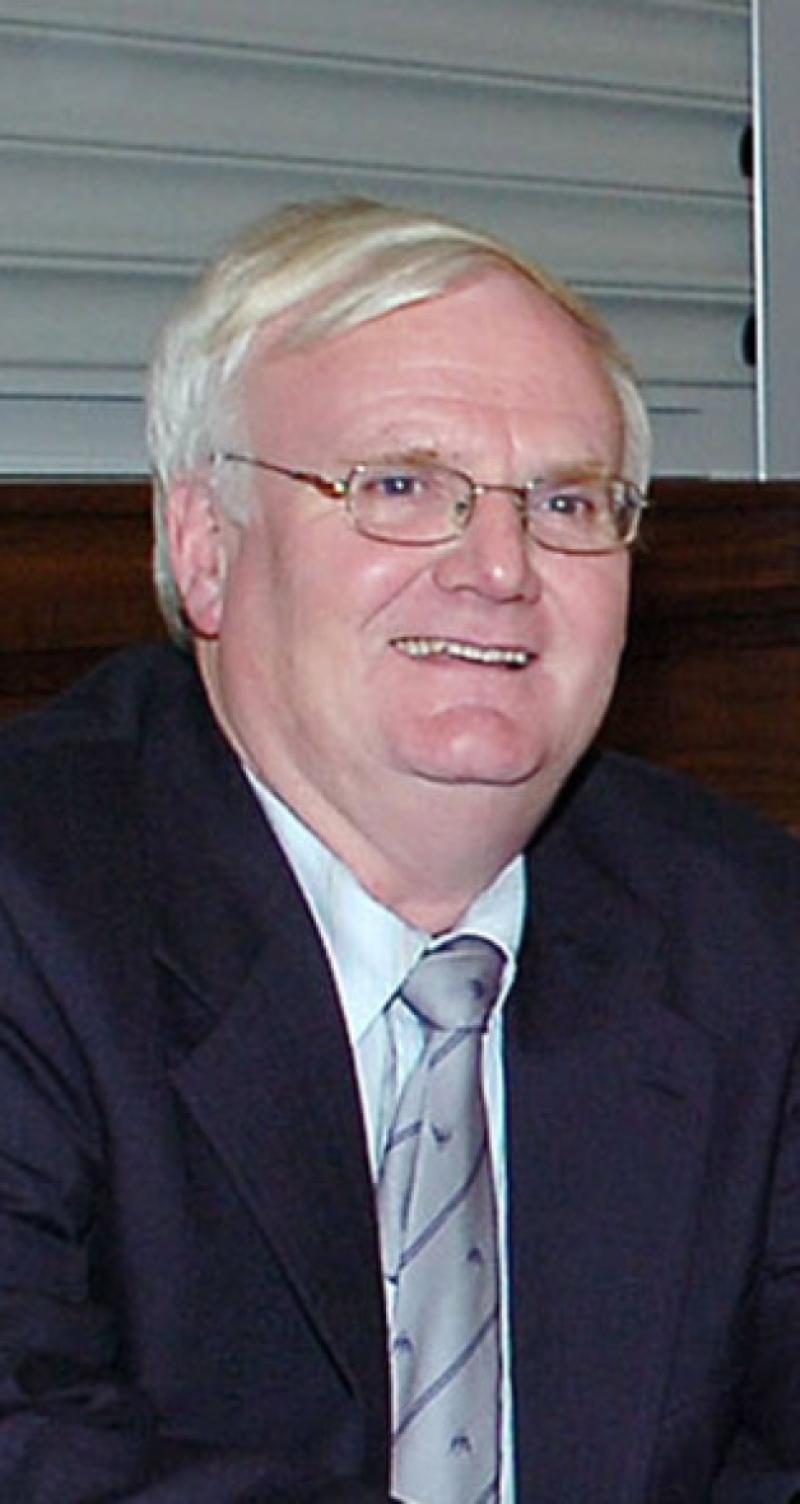 Ardee’s PADDY LENNON has served the GAA well as an administrator through his involvement at club, county and provincial levels. Looking back, he rates fellow Ardonian, Kevin Beahan, as Louth greatest footballer.

Ardee’s PADDY LENNON has served the GAA well as an administrator through his involvement at club, county and provincial levels. Looking back, he rates fellow Ardonian, Kevin Beahan, as Louth greatest footballer.

How long involved with GAA? From the very start – of my life, that is, not the GAA. Played my first game when I was about ten.

De La Salle first? Yes. I went to school there and played hurling as well as football.

Brother or teacher you remember best? Brother Vincent. He was a Galwayman, and I’d say he had more of a grá for hurling than football.

You then moved to St Mary’s? It was a natural progression for anyone living in Ardee. Other chaps from outside the town played with the likes of Hunterstown, Sean McDermott’s and John Mitchel’s.

Your mentor with St Mary’s under-age sides? Nicky Roe was the main man. We’d have been told about him playing in the 1950 All-Ireland final. He took a great interest in under-age teams. Benny Beirne was another I remember being involved.

Ever make the St Mary’s senior side? Yes, carrying the water for them. I wasn’t very good at football, and played mostly with the juniors.

But are you not the P Lennon who scored three goals in St Mary’s Ranafast Cup win over Hunterstown Rovers? Yes - three kicks of the ball, three goals. I must have been a good snibber. I was very young at the time, playing with much older chaps who had played a long time with the club, the likes of Pat Leavy, Ollie Magennis and Joey McGivern. The team’s average age would have been high, and your paper, I think, described us as Dad’s Army.

Your greatest feat on the football field? I’d have to say that was as good as it got. I also played hurling with the local side, Naomh Colmcille, and the Louth minors. The county side, however, would only have played in subsidiary competitions, not the championship.

You’ve served the club well at committee level? I suppose that was my greatest contribution. I was secretary for a number of years before becoming chairman, and at other times I served on the committee.

Club’s greatest achievement in your time? During my time as chairman we re-aligned the field, and also added a second pitch. It was a big undertaking, but there was great drive from within the club. The pitches and new complex are something the club and town can be very proud of.

Before leaving St Mary’s, your memories of the great teams I was privileged to have seen some of the club’s greatest ever, the likes of Kevin Beahan, Dermot O’Brien, Patsy Coleman, Barney McCoy, Podge Reilly, Johnny Ross and Tony O’Rourke We won the championship in 1960, and after that came the ‘68, ‘72, ‘75 and ‘95 wins.

First involvement at Co Board level? My first job was youth officer, when Paddy McGlew was chairman and Pat Toner secretary.

And after that? I was a vice-chairman with Paddy McGlew and Terry Maher. I served for a time as chairman of the fixtures committee.

Had you ever ambitions to be chairman? I felt I had the experience to do the job, but on each occasion I went for it I was beaten on a vote – by the two men I served with as vice-chairman.

You served at Leinster Council level? In my time as youth officer I would have had lots of meetings with Leinster Council personnel, among them Paddy Clarke, who was coaching officer. Then I represented the county on the Leinster committee for a year, and would like to have done longer. It’s a well-run organisation, and I think Michael Delaney is a great secretary.

Which would you want to see – DkIT project becoming a reality or maybe one of the existing pitches being brought up to standard? The DkIT is the only game in town. I was in favour of it from the word go, and it really is the only project that can happen. There have been far too many problems with Drogheda.

Can the county team relive the glory days, to which St Mary’s contributed so much? I’m an optimist, so, yes, I can see them return some day. We got a glimpse of what it might be like three years ago, and I’d like to believe there’ll be other days like that, with a better result, of course, and no controversy.

The greatest-ever Louth player? Kevin Beahan, without any doubt. Not only a great player, but a gentleman.

And at national level? I wouldn’t confine it to one. I loved the 1970s and ‘80s, and I’d pick two from that era – Mikey Sheehy, from Kerry, and Dublin’s Brian Mullins. I’d also great time for Mickey Linden, of Down.

The greatest county team? As a follow-on from your last question – Kerry and Dublin. There was something special about their meetings 30 and 40 years ago.

Who’ll win this year’s football All-Ireland? I think Mayo’s time has come. There’s no-one capable of stopping them in Connacht, and as they’re getting all their injured players back, I think they can go the whole way.

Should Croke Park be re-opened for either soccer or rugby? Only if the money it realises is ploughed back into the 32 counties. I was in favour of it being opened before and would have no hang-ups about it happening again.

You like a flutter on the horses? Now and then. I love the National Hunt and regularly go to the nearby meetings, Navan, Kilbeggan, Leopardstown and the like. I’ve been going to the Cheltenham Festival for the past number of years, and sometimes head for Listowel.

Any other sports? I take an interest in soccer, and before you ask, Manchester United is my team. I was a regular at Oriel Park for a number of years, and also went to Drogheda’s games. Soccer, however, was, and is still, a poor second to the GAA.

Your favourite TV programme? Anything dealing with sports and current affairs.

Are you a reader? Newspapers only.