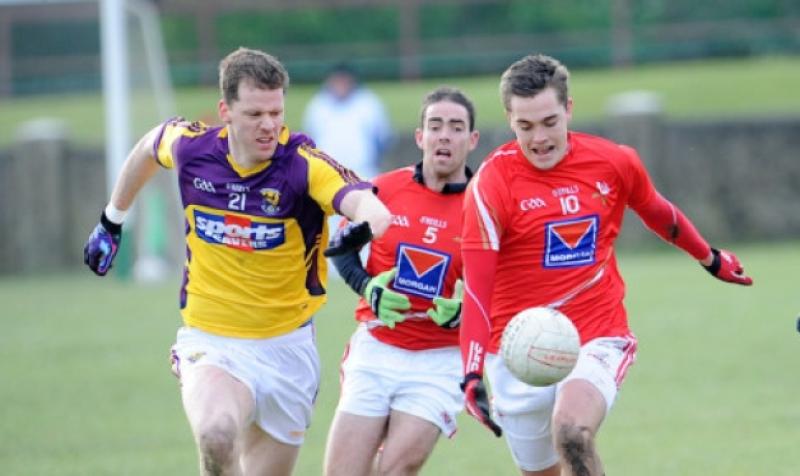 A win on Sunday would have had Louth firmly in the promotion mix. But the tie with Wexford didn’t bring the desired result, and now with three games remaining the rear view mirror is being anxiously peered into.

A win on Sunday would have had Louth firmly in the promotion mix. But the tie with Wexford didn’t bring the desired result, and now with three games remaining the rear view mirror is being anxiously peered into.

Two of those matches are at home - against Derry, the weekend after next and the current whippers-in, Longford, in the very last round. But before then there’s a really big one, a meeting with Armagh this Saturday evening.

Sunday’s game was another in which a decent second half lead was surrendered. But you can’t make a comparison with what happened here and in the games with Westmeath and Laois. When Conor Rafferty goaled ten minutes into the second half, making it 2-8 to 2-4, Louth never looked to be in anything more than respite. Wexford had a solid breeze behind them, and against a team playing football that was a poor relation of what had been seen in the opening three rounds, it never seemed the visitors would have to be great to get back into it.

The real damage to Louth’s chances was done in the first half. In the space of five first-quarter minutes Wexford were twice gifted goals, and though Louth recovered, turning a five-point deficit into a 1-7 to 2-2 lead, much more than a two-point advantage was required for the second half.

But as he chews over this second defeat in four league games, Aidan O’Rourke will have more than the concession of two goals to concern him. He’ll surely want to know how Wexford – and nearly every other team - are able to go forward whenever they piece moves together, while his charges go sideways, and sometimes backwards.

Maybe there’ll be an improvement when the conditions are better than those prevailing at the Gaelic Grounds, and, indeed, when there’s a return to top form of the squad’s known match-winners of old. And it would help, too, if the easy-list became a little less congested.