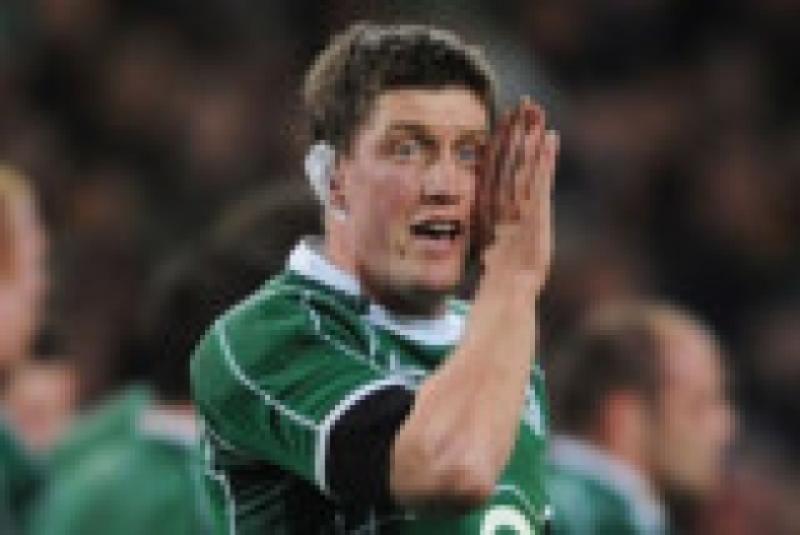 Rory McIlroy, Wayne Rooney and Ronan O’Gara have given us plenty to think about of late. None of them has been in a happy place; questions surround their futures.

Rory McIlroy, Wayne Rooney and Ronan O’Gara have given us plenty to think about of late. None of them has been in a happy place; questions surround their futures.

Will McIlroy overcome the difficulties that caused him to walk off course at the Honda Classic a fortnight ago? Was his omission for Man U’s starting line-up for the match with Real Madrid the beginning of the end of Rooney’s term at Old Trafford? Can O’Gara ever hope to wear the green jersey again?

Here’s one who would love to see O’Gara win one more cap. That it would bring his total to 129 is irrelevant. What it would do is give him the chance to show us that his display on coming on a replacement in the match with Scotland was all wrong.

No, wait a minute, we know only too well what we saw that day at Murrayfield wasn’t the real O’Gara.

The real deal was the one who was unerring with his placed-kicks, helping him amass a record 1000-plus points in a brilliant 13-year international career; who went on three Lions tours; who played a key role in Grand Slam and Heineken wins; who, wearing the red as well as the green jersey, made landing last-minute dropped goals look as easy as plucking an apple from a tree; who could fine touch from the narrowest of angles; who didn’t throw the toys out of the pram when pushed into second place for the No 10 shirt behind Jonathan Sexton.

Paul Anka didn’t have Declan Kidney in mind when he penned the words for My Way, but he might well have. The Irish coach hadn’t too many big calls to make in his days in charge of Munster, and it was all fairly straightforward for the greater part of stint with the national team. He’d have got away with it had he left Brian O’Driscoll as captain before the current Six Nations got underway, and if he hadn’t dropped O’Gara from the squad for last Saturday’s home game with Italy. But he did it his way, and it can’t be said he got it right with either of his decisions.

Kidney hasn’t ruled the 36-year-old O’Gara out of contention for next weekend’s final match with Italy, but with Sexton likely to be back to full fitness and Paddy Jackson and Ian Madigan preferred to him for the French match, it’s unlikely the Munsterman will be on the bench in Rome, or even on the plane travelling there.

When he makes his exit from competitive fare, Rog is most likely to be wearing the red of his beloved Munster. Maybe that’s how he would want it.

Could it be that Rory McIlroy hit the front too soon, and is now suffering for his precocity? Rated the world’s tops after scoring several high profile wins, two Majors among them, the 23-year-old has reaped benefits golfers much older and more experienced would find difficult enough to handle. The Nike deal was mind-boggling in the wealth it brought him.

The comeback he made a couple seasons ago to win the first of his Majors was stunning for the short time it took him to exercise it, and it mostly went swimmingly for him until the beginning of this year. If he’s still living with immaturity, that could have been the cause of him walking off the course, something that’s a real no-no in golf. His comeback will happen sooner rather than later if he has learned from that major mistake.

The bookies are betting on Wayne Rooney, not how many goals he’ll score before the Premier League is over, but whether or not he’ll be playing with Manchester United at the beginning of next season. If he does move, favourites to get his signature is the seemingly cash-rich Paris St Germain.

The former Everton player – the Toffees are 50/1 to re-sign him – is in focus after being left out of the starting line-up for United’s Euro game last week. This was another case of a manager doing it his way – but, then, hasn’t that been the hallmark of Alex Ferguson’s stewardship over the years, players who have contributed even more than Rooney being put in their place, maybe even moved on, if the manager considered them deserving of it.

Sadly, protesting over referee decisions has also been part and parcel of Fergie’s game, and he brought his A-Game to the sideline last week after Nani had been sent off. It was a wrong decision, but what did he and his players hope to achieve with their protests? A referee immediately rescinding a sending-off decision never happened before, and it won’t in the future.

Bad enough Fergie admonishing the sideline official, but what was he calling for when he charged down the line gesturing towards the crowd? A chilling reminder this of Billy Bingham immediately after his Northern Ireland team scored the opener in a crucial and high-tension European Championship qualifier with Jack Charlton’s Republic of Ireland side at Windsor Park.

Come on, place your bets. Who do you fancy to last longer at Old Trafford, Ferguson or Rooney?