A miracle that Croker avoided a catastrophe 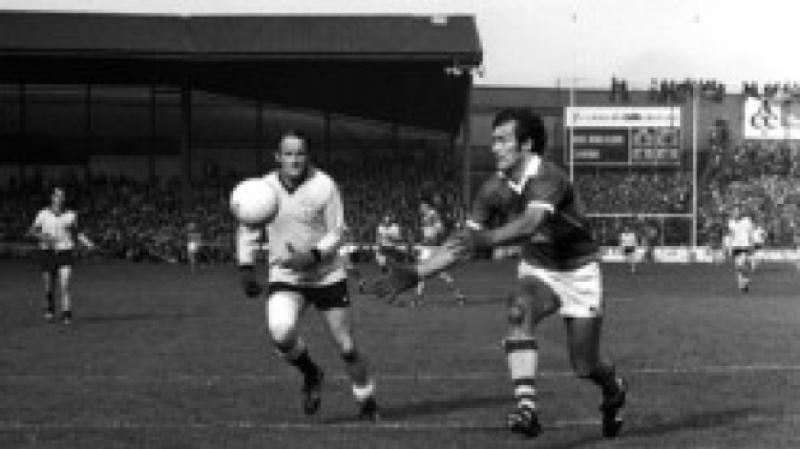 Any time there’s a mention of the Hillsborough Disaster I think back to how it was at Croke Park on big match days.

Any time there’s a mention of the Hillsborough Disaster I think back to how it was at Croke Park on big match days.

This was in the days when the only access to the Canal End was through a bottleneck, and when there was no limit on the number of people allowed into the ground.

The official attendance for the 1953 All-Ireland football final in which Armagh, playing at this stage for the first time, took on Kerry is given as 86,155; but on that day a gate behind the Hill 16 was knocked down, and with many gaining free admission, it’s said there could have been well over 90,000 present.

When Down played in their first All-Ireland final, in 1960, the official figure was 90,556. Admission to the stands was by ticket only, but cash was accepted at the turnstiles for anyone entering the grounds. And even though the Hogan Stand Mark 2 was in the process of being built at the time, the attendance at Louth’s 1957 final was 72,732.

Access to the Canal End was off Jones’ Road, and before making it inside the grounds the crowd was funnelled towards the turnstiles, packed like the proverbial tin of sardines. I had experience of it as a young teenager in the 1950s, and it brings back frightening memories. The discomfort, not to mention the danger, didn’t end at that. Inside the grounds, room for manoeuvre was at the minimum, and whenever there was a goalmouth incident, the crowd would surge forward. This happened on Hill 16 as well, and only God knows how there weren’t fatalities.

Until it was transformed into one of Europe’s finest stadiums, Croker had a limit in the high 60,000s, but now can accommodate in excess of 80,000 in the greatest of comfort. And should an emergency arise, the stadium can be vacated in a matter of minutes.