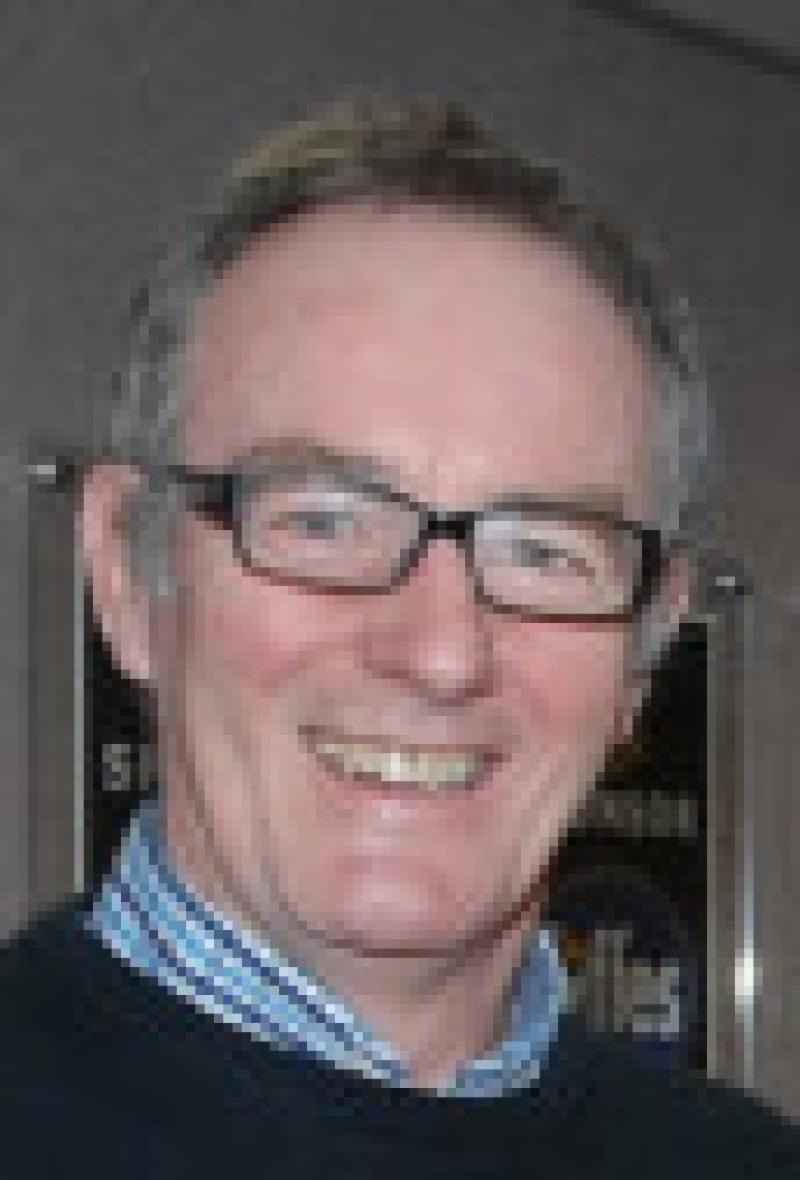 Carlingford’s JOHN MCKEVITT won a Provincial Towns Cup with Dundalk rugby team and a Louth SFC medal with Cooley Kickhams during his playing career. He is now part of the coaching team at Mill Road.

Carlingford’s JOHN MCKEVITT won a Provincial Towns Cup with Dundalk rugby team and a Louth SFC medal with Cooley Kickhams during his playing career. He is now part of the coaching team at Mill Road.

How many players on the Dundalk club’s books?

Quite a number of under-age players - is that a record for the club?

Would there be a Rob Kearney factor at play here?

Of course. He’s looked upon as a local player who started off his rugby playing at Mill Road. Rugby is now looked upon as ‘sexy’ in certain quarters!

How many coaches are there?

There are four coaches/managers with each of the club’s squads. The club set up a coaching committee this year under the chairmanship of Sean Martin. First objective was to contact players who had come through our underage structures, but had fallen away through work commitments, college etc. We made a conscious effort to get these players back playing. It has proven successful, but there is still more work to be done.

Gerry O’Hara is our new Rugby Development Officer, and this is a vital position. We will try to support him in organising leagues and blitzes for the local primary and secondary schools.

Where do you come in?

I coach the 3rd team and on match days help with the organisation of 1st and 2nd teams.

How long have you been coaching?

On and off for about 30 years! As a PE teacher it was something I always enjoyed.

How many training sessions per week?

Our squad training sessions are on Tuesdays and Thursdays. 1st and 2nd teams play their matches on Saturdays, 3rd on Sundays.

You had a lengthy career as a player?

I started playing rugby in Manchester, came home and my first game was with Ian Carroll’s 3rds team in North Kildare in the late 70s. I played Gaelic with Cooley Kickhams from U14 through to senior, but my physique and temperament was more suited to rugby. That said, I would encourage every budding rugby player to play Gaelic football and vice versa, because the skills in both codes transfer so well.

You played in the boiler house?

I started off as a wing forward, but Gerry O’Hara converted me into a prop when he was captain. I often say to Kenny Dorian or Cully if I had their strength and they had my brains we could have all played for Ireland!

Tough going in there?

It’s never tough when it’s enjoyable, but as a prop forward you will always come up against someone better so you can never rest on your laurels.

Your memories of the 1987 Towns Cup win?

A hot day, gasping for water and none available; Andy McDonald’s kick to level the match; catching a 22 drop-out, sidestepping a few Kilkenny players and popping the ball to Jim Martin to score the try to win! Paul Woods’ display at full-back was unbelievable! John McCabe and George Clare’s subduing of Willie Duggan, who was possibly the best No 8 Ireland ever produced, was also something special.

Ned Byrne was another former International who played with Kilkenny that day - did you come up against any other ‘names’ in your career?

We played against Jim Glennon, who was a member of a great Skerries team, and Conor O’Shea, who was playing with Landsdowne at the time.

By then you had won a Louth Senior Championship medal with Cooley Kickhams?

I was a member of a great Cooley Kickhams team. I played in the full-back line in the 1978 final, which we won.

Any other wins with Kickhams?

Minor Championship in 1971 and also the inaugural U21 Championship, as well as Cardinal O’Donnell cup medals. They were great years in the peninsula.

When did your rugby career kick off?

At college in Manchester. I played until I was 40.

I played with Leinster Juniors for two seasons, and was asked to sit on the bench for Leinster Seniors in Ravenhill one night by Jim Glennon, the manager of the Leinster team. But as I was only there as a spectator I declined. However, Paul Whately, who was also spectating, jumped at the opportunity even though it was a prop forward they were looking for. This was the beginning of professional rugby! How things have changed!

The team you least liked playing against?

Navan - they always seemed to be better ruckers than us!

Your thoughts on that Leinster training session at Mill Road during the summer?

A great day for rugby in the area, but we would like to see more people both playing and supporting their local rugby club. There may be a perception out there that Dundalk Rugby Club is a closed shop, but we are delighted to get new players and supporters.

Would the Kearney brothers’ involvement have swollen the crowd at Mill Road that day?

Absolutely! Drico and the others may have been attractions, but the two boys were the main attraction.

Would you have known Devin Toner when he was in and around Carlingford?

I lived next door to his father and grew up with him. I know the family very well and would have met Devin as a youngster.

Are you an Aviva regular?

Not now. I used to be when I was younger, but I can see more on television now!

Gareth Edwards, Barry John (met him in Cardiff when Ireland won the Grand Slam, a gentleman!), Brian O’ Driscoll. These are the greatest, but we have a superb centre from New Zealand in our midst this year, Isaia Petelo. He can step off either foot and is poetry in motion; people should come out to see him in action.

Would Isaia be among your four for dinner?

Three. These three would be - Brian O’Driscoll, Barry John and Gerry O’Hara!

Ireland’s prospect in the Six Nations?

After the last two weekends, dim. But I think when the players get to grip with what the coach wants, there will be an improvement.

The future of the Heineken Cup?

It has to continue, maybe under a different structure, but it must continue.

What sport will you not watch on TV?

Soccer has become cynical. Some of the rugby matches in the northern hemisphere are based on power play which is boring! Rugby is a game of passing, moving into space and played the New Zealand way is a joy to watch.

Do you take in any of Kickhams’ games?

Yes, I go to all championship games and still have a great interest.

What point do you hammer home before sending a team out?

The referee’s decision is final, and even if he’s wrong, he is still right. Enjoy!