Jim’s kick is a throwback to 28-years ago 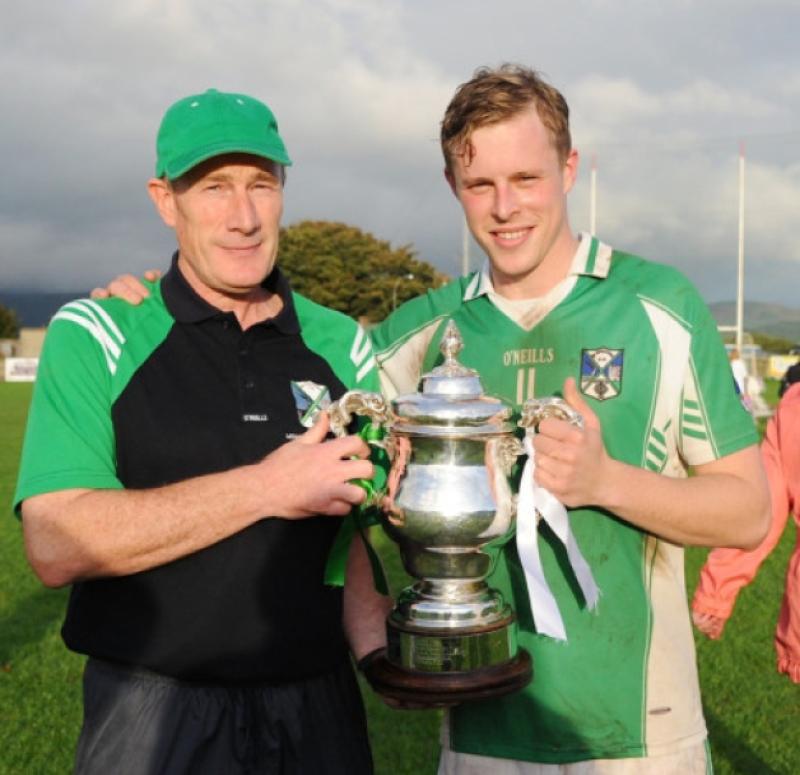 Croke Park, August 11, 1985: All-Ireland SFC semi-final. Monaghan, trailing the title-holders, Kerry, by a point with little time left, are awarded a free from beyond the 45-metre line. Eamon McEneaney is the kicker, and cool as you like, the Castleblayney Faughs clubman sends the ball between the posts. The sides must return another day to decide the issue.

Croke Park, August 11, 1985: All-Ireland SFC semi-final. Monaghan, trailing the title-holders, Kerry, by a point with little time left, are awarded a free from beyond the 45-metre line. Eamon McEneaney is the kicker, and cool as you like, the Castleblayney Faughs clubman sends the ball between the posts. The sides must return another day to decide the issue.

Drogheda, December 1, 2013: Leinster Intermediate Club Championship final. The game is in time added on, and Geraldines win a 45. If it’s scored, the Louth champions stay in the competition; if it’s not, the title goes to Dublin’s Naomh Olaf. Jim McEneaney wouldn’t have been born when his father worked the oracle 28 years earlier, but he would surely have been told about it. The No 11, taken off the bench 30 minutes earlier, kicks and then slips. But, crucially, he had made perfect contact. The ball splits the posts. Another 20 minutes’ play, and yet another chance for McEneaney to prove his worth. Having edged two points clear, Naomh Olaf are coming under pressure from their gritty opponents as the 80 minutes draw to a close. McEneaney points a free and then another. Gers live to fight another day.

Sunday’s game had more than just drama attached to it. Good football was plentiful, and right from the very start the intensity level was sky-high. There couldn’t have been many more than about 600 looking on, but what a noise they made. It was at its loudest as the sides made their way off after a hectic first 30 minutes, the supporters anxious to show their appreciation for what they’d been offered by two game teams.

Anthony Nolan, going about his job in a non-obtrusive manner, was an excellent referee, but could do nothing about the melee that developed among the players at the end of regulation time. He could, however, do something after Conor Haskins played a nasty part in an off-the-ball incident in the 56th minute – and he did, showing the Naomh Olaf midfielder a straight red card.

The early signs didn’t read well for Gers, Naomh Olaf grabbing a goal in the second minute. But it got better for the Louth champions. Glen Trainor got the first of his two goals in the opening quarter, and after that there was never more than a couple points between the sides, the lead swinging like a pendulum.

Gers got more than a sniff of another goal midway through the first half. Having done everything right, including rounding the goalie, Johnny Breen dwelt that split second too long before taking his shot, which was knocked out for a 45.

All things considered, the result was fair to both sides, and there might just be a bigger crowd at Parnell Park for Sunday’s replay.

Back to 1985. Monaghan, league champions earlier in the year beating Armagh in the final, lost the replay, going down by 2-9 to 0-12. Their conquerors went on to retain the title.

There might be something better in store for the younger McEneaney, who’s been grappling with injury for longer than is fair.