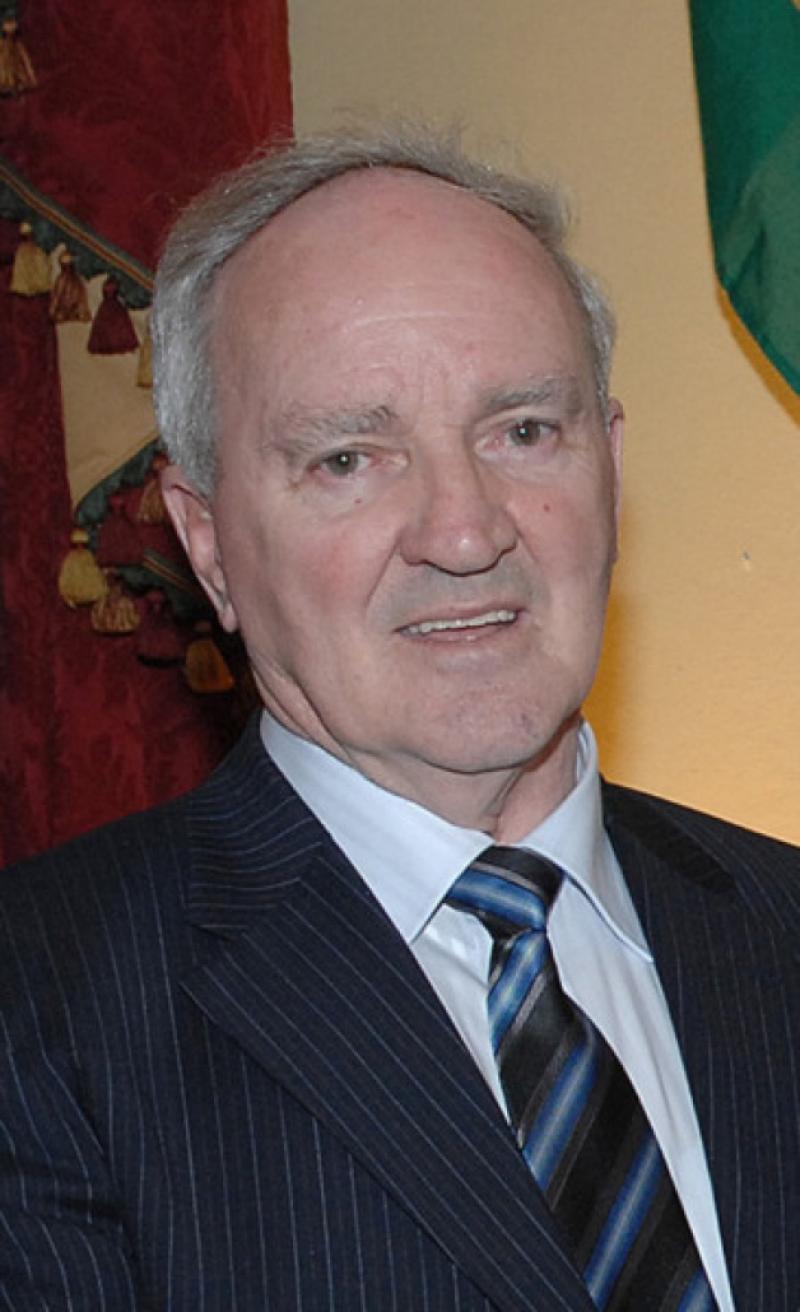 Can you imagine players due to take part in an All-Ireland final being allowed to have a pint on the Saturday night?

Can you imagine players due to take part in an All-Ireland final being allowed to have a pint on the Saturday night?

It happened in 1957, as FRANK LYNCH, the youngest player on the Louth team that beat Cork that year, tells us as he answers questions on the lead-up to the big day, the game itself and the aftermath.

How many night’s training per week leading to final?

Just the two, Tuesday and Thursday.

Jim Quigley. He was the coach as well as being a selector, and would take all sessions.

What would the sessions consist of?

The usual, laps, sprints and exercises. Then we’d have a game among ourselves. We’d finish with more sprints. It was tough going for about an hour-and-a-half. Then there’d be massages, or rubs, as we called them, after training.

Where did training take place?

The Athletic Grounds in Dundalk up to the semi-final, and then Ardee. When training was over we’d head down to Casey’s Restaurant for tea and sandwiches. I remember John and Frank McArdle, who were originally from the Border area, arriving at one of the training sessions with John Kerry O’Donnell. All of them were prominent in GAA circles in New York and they promised us that if we won the All-Ireland they’d invite us out to America for a holiday.

Any matches between the semi-final defeat of Tyrone and the final?

Two, both against Armagh. One was in Killeavy, the other in Drogheda. And, of course, there were club matches. In fact, the senior championship final between Oliver Plunkets and St Mary’s was played the week after the Tyrone match.

Who did the talking at the final training session?

Mainly, Jim Quigley. But players like Tom Conlon and Dan O’Neill would have had a say. But we were all asked for our opinion. A lot of homework had been done on Cork, and we identified were their weaknesses might be. Mind you, there were a very big team, six-footers all over the place.

When did team head for Dublin?

Sunday morning. I went to Mass in Haggardstown, which had been specially timed for 10 o’clock. The team was wished the best of luck from the altar. I remember the cars whizzing by as I stood at the door of our house on the Dublin Road, waiting to be picked up at 11 o’clock.

You went by car?

Taxi, driven by Paddy Faulkner from Castlebellingham. There was me, Stephen White and Brian Reynolds, who was a selector.

Where did team stay in Dublin?

Hollybrook Hotel, in Clontarf, where we had a cup of tea before heading off the Croke Park. We were timed to be there for 2 o’clock, which allowed us to take in part of the minor final.

Was there no run-out on the day before the final?

No, the last get-together was on the Thursday night. There were only two on the team that took a drink, Tom Conlon and Red Meehan, and they were told to stick to the usual routine of having a pint on the Saturday night. It was the way it always was with them, and they were advised not to change.

Who gave the team-talk?

The same as always, Jim Quigley. Tom Conlon also spoke. He told what it was like to lose an All-Ireland final, and he didn’t want it to happen again.

Just a little when I ran on to the pitch, but not in the dresing-room beforehand. See, there was lots to distract us. There was the non-appearance of Dermot O’Brien at the appointed time, and the row that broke out between Peadar Smith and Co Board secretary, Peadar Kearney. Smith was a late replacement for Jim McArdle at centre-half, and although numbered as a sub on the programme, he insisted on getting the No 6 jersey. That took our mind off the match.

Cork led by two points at half-time – what was it like in the dressing-room?

Calm enough. Once again Jim Quigley was on his feet, but Dan O’Neill also spoke. His words were inspirational.

Your best memory of the game?

I suppose it was the winning goal, five minutes from time. The ball came in from a Kevin Beahan sideline-kick and there was a bit of a scramble. Sean Cunningham got a fist to it, but it hung in the air for a split second. I had the chance to blast it home, but it went in anyway. There were no television replays then, and I remember reporters coming in after the game to establish exactly who had scored the goal.

What was your feeling when the final whistle went?

One of elation. I was marking Paddy Harrington, and he said to me; “Well, done, young lad. You’ve a long road ahead of you, but my disappointments continue.” Cork had been beaten in the previous year’s final.

Louth supporters swarmed on to the pitch – can you recall the first to greet you?

Two Haggardstown men, Pat Coughlan and Roger Lynch. It was bedlam after that, on the pitch and in the dressing-room. Sean Flanagan, who had captained the Mayo team that beat Louth in the 1950 final, was among those who visited.

Surely, you stayed in Dublin overnight?

Yes, in the Hollybrook. We had our meal there, and again it was chaotic. Telegrams began to arrive from all over country and further afield.

How was the early part of Monday spent?

And then the homecoming?

Drogheda first, then Dunleer, Castlebellingham and Dundalk, before heading for Ardee via Knockbridge. Thousands came out, and there were bonfires all along the way. It must have been 4 when I got home. Over the following week we went to the places we hadn’t visited on the Monday night, and also the schools. I was a Marist College student up until that summer, and I’d say that All-Ireland win was largely responsible for the school changing back to Gaelic football after a long time playing rugby.

Definitely – and they should have. We were beaten in the Leinster finals of 1958 and ‘60, and should have beaten Dublin in the ‘59 semi-final, which went to a replay.

It was tragic that Jim Quigley was voted off the selection committee for 1958, and disgraceful that he wasn’t taken on the trip to America. You hear talk of the curse on Mayo; I think there’s a curse on Louth, and it’s because of the way Quigley was treated.