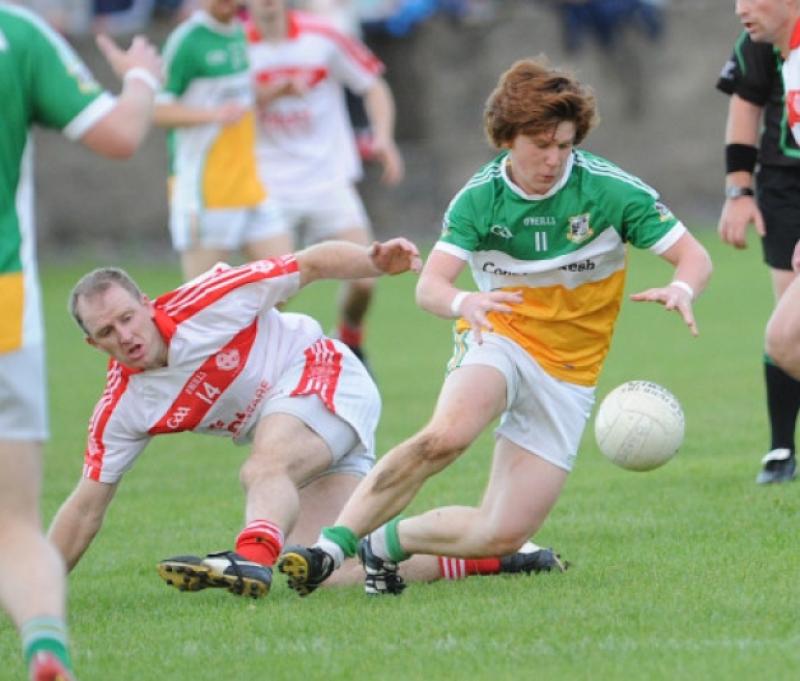 It was competitive, very much so, with one team going into a sizeable lead and then being pegged back and eventually passed. Scores were of the vintage variety, while several of the individual contributions were top-class.

It was competitive, very much so, with one team going into a sizeable lead and then being pegged back and eventually passed. Scores were of the vintage variety, while several of the individual contributions were top-class.

Louth GAA staged three football semi-finals over the weekend, the biggest of them the senior meeting of St Patrick’s and Newtown Blues. It wasn’t this one, however, that offered most value for money.

Involved in the second of Dowdallshill’s two intermediate games were St Bride’s and St Joseph’s, and here we had a game worthy of a flowery description. If there’s been a better in any grade this year your writer wasn’t at it.

It came after Geraldines had beaten Roche Emmets in the other qualifier. This had an exciting finish, Roche trying all they knew to reduce a sizeable deficit, and succeeding without getting enough scores to win the match. This was competitive, but nothing to compare with what followed.

Joe’s made most of the running, playing exactly as Jim Matthews wanted them, and for a time looked as if they might canter through to the final.

But the David Reilly-coached Bride’s were dogged, determined to make their better-fancied neighbours fight for everything.

They could also play good football, and in getting back alongside the Cluskey Park side in the final quarter before pushing on, mixed the good with the very good.

What was noticeable was the speed with which both sides went about their job, running as fast at the finish as they’d done early on, and, it should be emphasised, the absence of cynicism.

Involved were two of the oldest players playing club football. Neither of them, St Bride’s Aaron Hoey, and St Joseph’s centre-half, David ‘Skid’ Reilly, were out of place.

How much different it all was to the senior tie, which Newtown Blues won by two points, thus ending St Pat’s reign as champions.

This was a nasty piece of work, a player from either side being sent off, and skirmishes during and after the game. Pat’s raced into a 1-3 to nil lead, but were pegged back to a point by half-time, and which stage they were down to 14.

When Hugh McGinn converted a penalty early in the second half, Blues had a lead which they defended all the way to the finish.

The stage is now set for the final, going ahead this Sunday. It will have Blues seeking a first title in five years and 20th in total, and Cooley Kickhams trying to break a hoodoo that’s been on them since 1990.

The green-and-golds have been beaten in four finals since getting the better of Clan na Gael 23-years ago, twice going down to their next door neighbours.

This represents their best chance of regaining the trophy on which the great teams of the 1970s had a firm grip.