Louth fail to see out the distance in gripping Newbridge clash 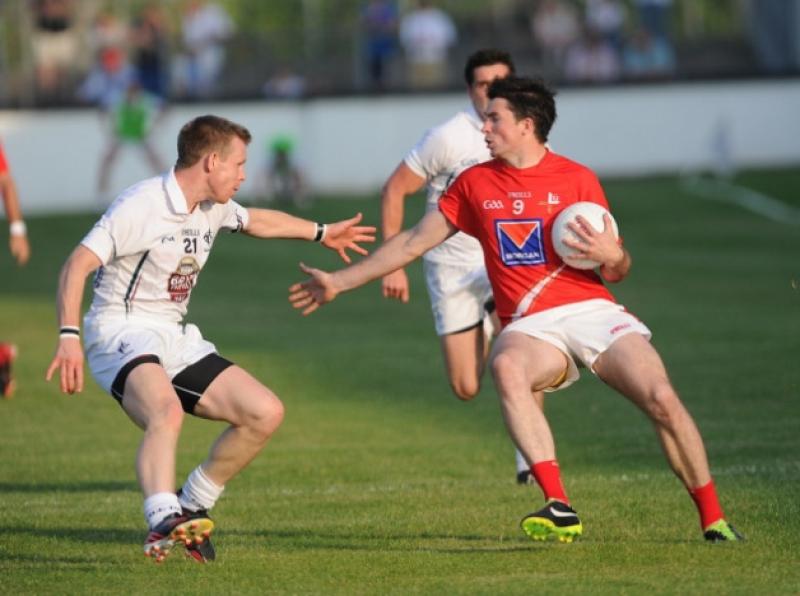 If Saturday’s All-Ireland qualifier had been run over one mile, Louth would probably have short-headed it. But it wasn’t. The Derby distance was in play, and in the vital last few furlongs, the team in the red colours was passed before being outpaced.

If Saturday’s All-Ireland qualifier had been run over one mile, Louth would probably have short-headed it. But it wasn’t. The Derby distance was in play, and in the vital last few furlongs, the team in the red colours was passed before being outpaced.

Kildare maybe deserved to win, but not by seven points. The game, as competitive as you could wish to see, was played in sweltering conditions. Early exchanges suggested a saunter for the home team. It ended in a saunter; but in between Louth successfully cleared a number of obstacles, calling on gallantry, good football and precocity.

Ciaran Byrne, the youngest on the field, was a class act, scoring as sweet a succession of points as you could wish to see and going desperately close to adding a goal. He also reduced his marker, the vastly experienced Hugh McGrillen, to dragging and pulling him, most of it off the ball. Surely umpires are there to do more than wave flags and tell the referee if it’s a wide or 45?

It wasn’t long after Kildare went into an early three-point lead that Paddy Keenan had to go off to receive attention to a head wound. When the Pat’s man returned, head bandaged, he adopted a leader’s role as only he can, and in what remained of the first half he and his troops turned a deficit into a two-point lead, playing football that reminded us of Portlaoise early in the championship.

There was no let-up in the third quarter. In fact it got better. The difference between the sides was increased to four points, and whereas they had been organised in most things they did in the first quarter, Kildare began to look ragged.

By then, however, the Lilies had Tomas O’Connor in at full-forward. Tactics were changed to make the big first half sub a target, and how beautifully he filled the role, winning most of what came his way along with taking and setting up scores.

But by the time the game began to swing towards the home side, Louth had looked a gift horse in the mouth. A close-in free was Colm Judge’s to take, especially as the Blues player had scored from a more difficult angle in the opening half, but Shane Lennon stepped up.

A doubtful starter, the No 14 never got into the game, and it just got worse for him when he failed to convert the free. Brian White was also off-target with the kind of kicks that had presented him with no problems in the Laois match.

Would it have been different had scores resulted? Louth, as said, looked leaden-legged late on when the game was all but decided. But, you know, when there’s something to chase, or a lead to protect, adrenaline surges can somehow sustain even the weariest of bodies.