Dortmund star on the continent - Dundalk doing nicely at home 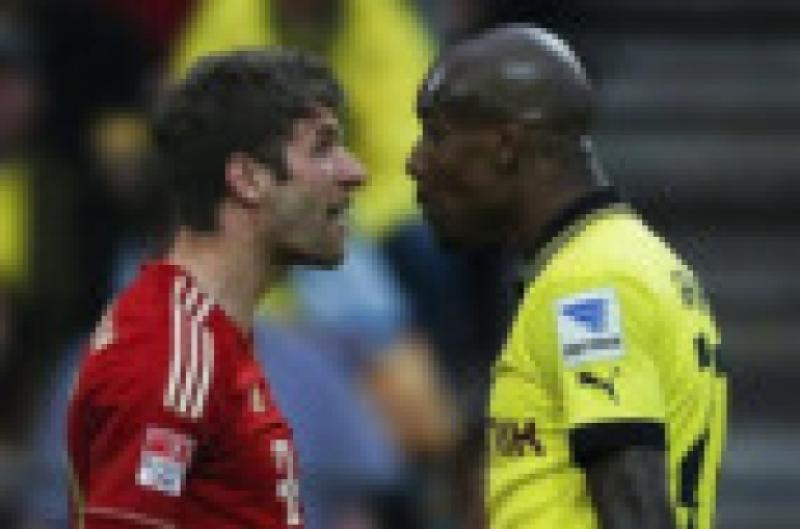 Borussia Dortmund caught Inside Track’s eye in the Champions League as far back as last October. They were playing Manchester City in the group stages, and while the piece which appeared on this page concentrated on City getting a hairy penalty decision, Balotelli scoring the equaliser from the spot, it said the German side was “very exciting”.

Borussia Dortmund caught Inside Track’s eye in the Champions League as far back as last October. They were playing Manchester City in the group stages, and while the piece which appeared on this page concentrated on City getting a hairy penalty decision, Balotelli scoring the equaliser from the spot, it said the German side was “very exciting”.

Well, they’ve continued to be not only exciting, but also very good at grinding out results. Their recent rout of Real Madrid has them through to the continent’s biggest final, where they’ll meet Bayern Munich. An all-Spanish final was the pundits’ fancy when it became known Barcelona and Real couldn’t meet until the very last round, but instead it will be Germany’s finest who’ll be at Wembley.

Robert Lewandowski is the Dortmund ace up front. He’s being linked with a number of English clubs, but the smart money says he’ll be staying in Germany, quite possibly switching over to Bayern next season. He’s currently leading scorer in the Bundesliga, while in the Premier League Robin van Persie is tops. Odds of 8/1 were available about the Man U player before the competition got underway, and you could back Inside Track’s fancy for the golden boot, Newcastle Utd’s Cisse at 22/1. Nothing there for us to boast about.

While the League title race is decided, the tussle for top shot is not over yet. Suarez is second to van Persie, but his chances are gone, the ‘Pool player serving a 12-match ban having chewed off more than the authorities could stomach. And good as Gareth Bale’s been all season, winning all of the important Player of the Year awards, he’d need to have another goal-rush to overtake the United player.

The title race lost all of its competitiveness well before the finish-line was reached, but it was even further back than that when the Scottish counterpart had any sense of unpredictability. At the very start of the competition, in fact. With their keen - nearly always bitter - rivals, Rangers, banished to the very lowest reaches, 1/25 favourites Celtic had no major obstacle to encounter. They’ve done the business in convincing fashion, and along with that rubbed shoulders with – and beat – some of the best in Europe.

It would seem just two seasons will pass before the great Glasgow rivalry is renewed. As expected, Rangers have treated their Third Division rivals with disdain, presently a country mile ahead of the second-best. They’d have to be odds-on treating Second and First Division rivals in similar fashion, and while their departure would be welcomed by the basement-dwellers, what can’t be ignored is the boost they’ve given, and will continue to give, to gates that in normal circumstances mightn’t even reach 1,000.

Sligo Rovers had hinted at doing a ‘Celtic’ in the early stages of the League of Ireland’s premier points competition, but they now find themselves second in the table, on goal difference, to a fine Derry City outfit. The sides were due to meet yesterday in a crucial fixture, even at this early stage of the season.

Dundalk might not emerge as the team to most trouble both of the north west clubs for the title, but what a fine opening to the season it’s been for Stephen Kenny’s men.

Ensconced in the top half of the table, there are already more points in the bag than at the end of last season’s relegation-haunted campaign. The television cameras have already been at Oriel taking ‘live’ pictures, the ‘home’ jinx has been broken, and amid fears of a lack of scoring power, a haul of 18 goals after 11 matches isn’t too bad.

Finally, it’s unlikely either Mick McCarthy or Steve Bruce are having a little chuckle to themselves, but if they were no-one could call them lousers. McCarthy was good enough to get Wolves into the Premier League and then work a minor miracle to keep them there. They were down to the Championship for this season, and when still in with a chance of going back up, or at least consolidating their position, the former Republic of Ireland manager got the sack. Soon after that he was appointed to relegation-threatened Ipswich.

The outcome: Ipswich are safe, but Wolves have been relegated for the second successive season.

One of Bruce’s former clubs, Sunderland, needed a win over Aston Villa the weekend before last (they were beaten 6-1) and following last Saturday’s results John O’Shea’s side are hovering precariously over the relegation trapdoor.

Meanwhile, Bruce is basking in the glory of getting Hull City automatic promotion back to the Premier League in what was one of the most nail biting finishes to any Championship campaign.