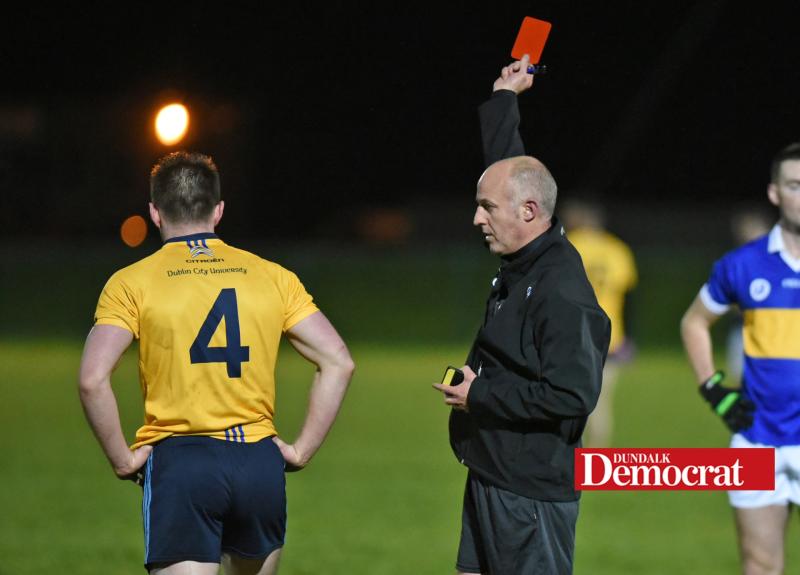 The appointment of Cormac Reilly to take charge of a Louth senior championship relegation match the weekend before last has prompted this return to a subject mentioned on this page a couple of times in the past.

Though listed as a member of the St. Nicholas’ club in Drogheda, Reilly is best known as an All-Ireland referee, representing his native Meath. He was in action at Haggardstown for the match between Gaels and Sean O’Mahony’s.

Reilly refereed the 2011 All-Ireland Club Championship final in which Crossmaglen Rangers beat Roscommon champions, St. Brigid’s, and has been the man in the middle for many other major matches, including an All-Ireland minor decider.

But this isn’t a look at Reilly’s record, rather a suggestion, seeking the introduction of a referee exchange programme with the emphasis on the latter stages of club championships. If implemented, it might eliminate all accusations of favouritism - which surfaces in every county - but even more important for a county like Louth, provide referees with badly-needed ‘outside’ experience, giving them greater exposure.

We take a delve into the record books later on in this piece to highlight how much Louth referees have been ignored over the years in the appointment of big match officials. Even more glaring than that, however, is their continued absence from the 18-strong elite county panel.

What the exchange programme would entail is Louth coming together with, say, Meath, Monaghan and Armagh. Each would provide referees to officiate in the other counties’ championship semi-finals and finals, and maybe even take in the latter stages of a major league. Familiarity would go out the window, and there would be no need for refs to ‘keep an eye on him’.

Cormac Reilly belongs to the higher echelons; but most noticeable at McGeough Park last Friday week was the respect he commanded, as much from the pitch’s surrounds as on the pitch itself.

Louth has provided an All-Ireland senior championship final referee on just one occasion. Though it was over 90 years ago, Tom Burke’s appointment was quite a significant one. Having officiated at two semi-finals before that, the Drogheda man joined the role of honour in 1928, the year in which the original Sam Maguire Cup went on offer for the first time. Kildare were the winners.

Louth Village’s Mickey Joe McArdle should, by all accounts, have been another to be honoured. He was the choice to handle the 1960 final; but while Down were happy with his appointment, Offaly objected and got their way

Mickey Joe, by then having refereed a junior final – and would take charge of another in the same grade in 1962 - had the consolation of officiating at the minor final.

George Hoey, from Drogheda, was on the whistle for the 1974 All-Ireland U21 final, and the following year Harry Reilly officiated at the National League final. But no room on any list for one of the county’s best-ever, Paddy Hughes. There are some things that just don’t add up.