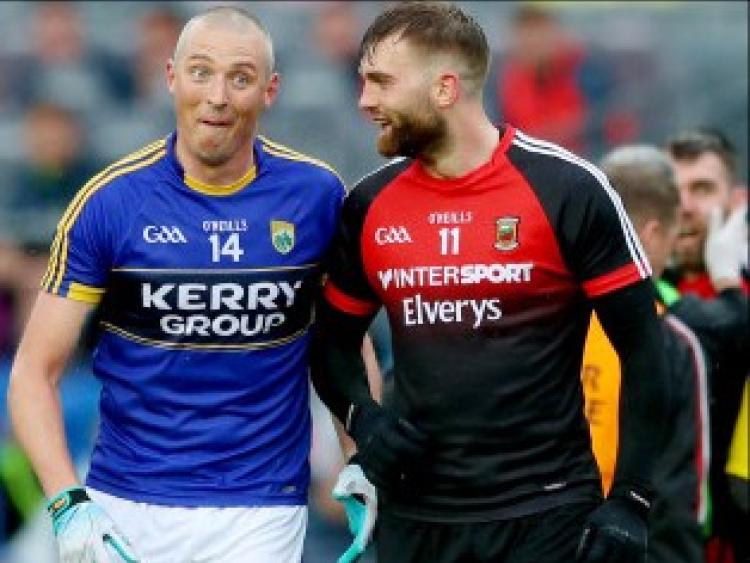 Just as there are now, match-ups were part of Gaelic football back in the day. But they wouldn't have been known as that. Most of he sub-language surrounding today's game had still to be written.

If, in his planning for a match a manager reckoned the other side's dangerman needed careful watching, he might get his own star player, or maybe one who he felt could do the job, and tell him to go out and 'don't let him out of your sight', or 'stick to him like glue'. That would be a match-up.

By now you should know where this is going - Mayo's placing of Aidan O'Shea at full-back in the drawn All-Ireland semi-final. The Breaffy – and, yes, beefy – clubman had a brief on his dispatch to foreign territory, and that was to try to negate the aerial and all other threats Kieran Donaghy was likely to pose.

It can't be said to have worked; only once was Donaghy outsmarted by his minder. At the same time, Mayo ran up 2-14, suggesting the attacking division, which, of course, nowadays includes just about everyone, wasn't impoverished by the big man's absence.

But it was much different in Saturday's replay. Mayo manager, Stephen Rochford, never one afraid to take a punt, gambled once again, re-matching O'Shea with Donaghy for a good part of the game. It was a contest that had only one winner, and it ended with the Kerryman making an inglorious exit before time was up.

Could this be the year in which Mayo finally get the prize they've been craving for, never so much as in the past twenty years or so? Let's park that one until closer to the day of the red-and-green squaring up to the Dubs yet again. Right now there are better stories to relate. Believe it or not, I was once the target in a match-up – and big Peadar McParland would know about it because we often talk about it when we're not delving into the formbook at the horses.

Three Cardinal O'Donnell Cup match wins in a row had Gaels near the top of the table, seemingly attracting attention from other teams. I was wearing the No 6 jersey at the time, making some catches and getting in more kicks than usual. Training at The Ramparts was being better attended than at any time I remembered, and it was with some enthusiasm that we headed to St Brigid's Park for our championship first round match with the then kingpins, Cooley Kickhams.

At the time McParland and another skyscraper, Con Nolan, were at midfield, lording it in almost every game they contested. For this one, however, Peadar wasn't up for the throw-in, but standing next to me.

No need for Fr Kenny and Mick O'Callaghan's concern; the match-up was as lobsided as the final scoreline. I was just about getting over it when, on the following Tuesday, a club elder came into the Democrat and went straight for the jugular. “What was wrong with you last Sunday”, he wanted to know. I think there should be more of that kind of straight talking.

Newtown Blues, on to a five-timer, were the overwhelming favourites when they faced up to O'Rahilly's in the 1965 championship final. O'Rahilly's, not long out of second-tier football, were at this stage for the first time and needed to come up with something different. And they did. Muckle McKeown, their best-known player at the time - and possibly any time in the club's 60-year history - was an attacker, but for this all-Drogheda clash was moved to centre-half-back.

He had a specific task – keep a rein on one of the best and most honour-laden of the Blues forwards. By then, Blackie Judge had Leinster Championship medals at minor and junior levels to his credit and was one of the twenty-three in the most iconic of all Louth team photos. He had also five Louth medals in his collection, and would add another four before his career ended.

The goal Muckle's brother, Paddy, scored in the opening minute was crucial, but more important in O'Rahilly's scoring a shock but deserved win was the manner in which their stand-in No 6 curbed a major threat while at the same time marshalling a most disciplined defence. Just how disciplined the backs were was reflected in the scoreline, 1-9 to 0-5.

A match-up success for O'Rahilly's, but no further wins in Louth GAA's biggest competition. Blues, on the other hand, recovered to take four of the next five titles, and are this year aiming for a 21st.