Louth must do better to justify promotion hopes 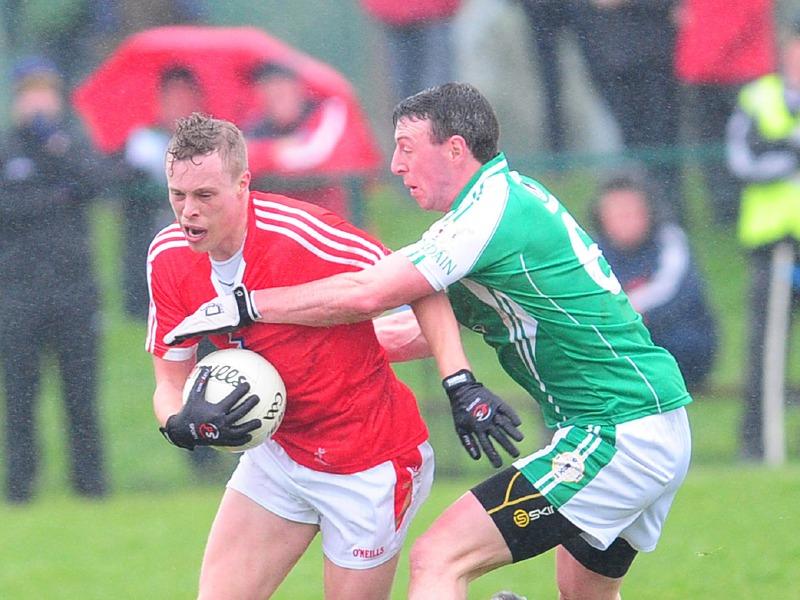 The Racing Post – sometimes known as the bible, mostly on this page – carried a headline in last Saturday’s edition: “Cavan and Louth should pick up leaguer silverware.”

The accompanying article, written by David Jennings, suggested that Louth’s senior footballers were overpriced at 4/1 to top Division Four, while Cavan were a very attractive 10/1 to win Division Two. But let’s not concern ourselves too much with the Breffni.

“Wexford are as short as 2/1 to take the title, but I would make Louth shorter than them. It goes without saying that the 4/1 is very tempting,” added David.

If there are punters who took this advice before Colin Kelly’s side made their bow on Sunday, it’s unlikely they’d have hardened their bets in the meantime, while those who didn’t, hardly see it as a missed opportunity.

The Reds’ performance in the six-point win over London was workmanlike rather than spectacular; much better would have been required to eke out the win had the opposition been stronger.

But before dealing with the game, a word about the lead up to it. The Gaelic Grounds had been named as the venue, but, seemingly, a decision was taken sometime on Saturday evening not to play the game there, and instead switch it to Darver. The sod was deemed to be too heavy.

Whenever there’s a lot of rain around, the Drogheda pitch’s suitability has a question-mark placed over it. It happened before - in quite recent times - that an alternative venue had to be found; but whereas back then word of the change was widely circulated, this time quite a few people made their way to Boyneside before having to double back.

There’s a solution: Don’t arrange matches for the venue if there’s a hint of rain. Or, better still, reconsider the other options that were on the table a few years ago before the decision to upgrade the Gaelic Grounds was taken. (This has yet to happen.)

Is the partnership with DkIT gone and lost forever? Is the idea of further developing Darver – the only venue owned by the County Board - bringing one of its pitches up to county standard worthy of more that the instant dismissal it received when first floated?

Back to Sunday. Until they hit a Declan Byrne-inspired purple patch in the opening quarter, Louth, fielding a number of league debutants, looked to be in a bit of bother, unable to handle an enthusiastic London side that did most things right until nearing the goals. The visitors went two points ahead early on, but as happened throughout the game, they couldn’t get a sniff at a three-pointer.

Taking advantage of the referee’s leaning towards the tackler rather than the player in possession, Louth backs suffocated several London moves on goal, and as a result there was a plentiful supply to the other end of the field. But it wasn’t until Byrne pointed, then hit the back of the net and rounded off what proved a match-winning burst by setting up Jim McEneaney for another goal - the 2-1 coming in a space of a few minutes - that Louth got settled into the game.

But even at that, there was a time during the second-half when London reduced the deficit to three points, having trailed by six at the interval, that home supporters in the crowd of a few hundred began to again have concerns. Their team went through a 20-minute spell without a score, bearing no resemblance of an outfit capable of making a quick return to Division Three. Jim McEneaney’s second point settled things once again and two further scores increased the dividing margin to a flattering six points.

Those whose best recent-year memory is of the 2010 championship and the promotion-winning campaign which followed wouldn’t recognise Sunday’s team. There was in fact just one of the 15 that fielded against Meath in the Leinster final on show, which means of course there’s much rebuilding in progress.

Next outing – against Waterford on Sunday – will revive a few good memories. It was at Dan Fraher’s Field in Dungarvan that promotion was clinched twice in recent times, the second of the wins, five years ago, staving off relegation. Yes, by scraping a win Peter Fitzpatrick’s side went up to Division Two; had they lost they would have been down to where today’s team are.