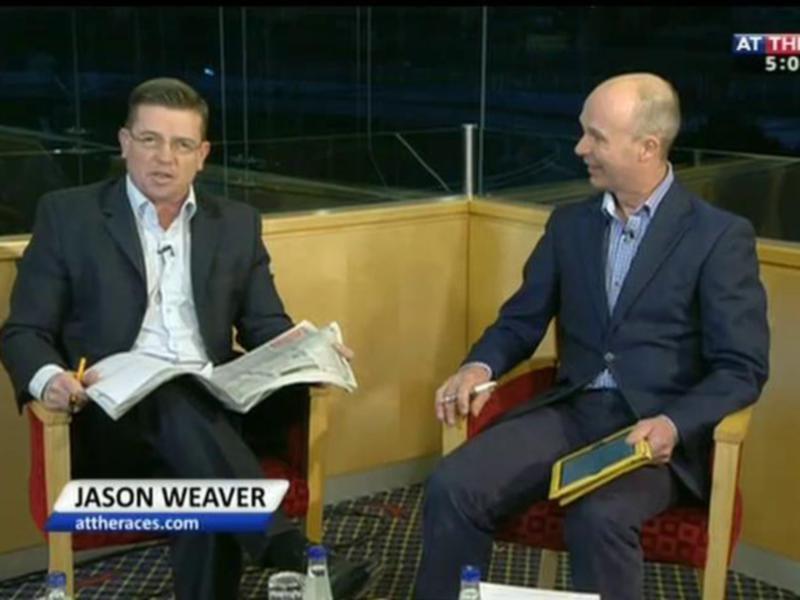 As if it was really needed, Dundalk Stadium was given further recognition on Friday night last.

An award-winner in the past - Irish track of the year figuring among its accolades - the Dowdallshill venue played host to Get In, the hugely popular Friday night show which forms part of the schedule on Sky’s dedicated racing station, At The Races, concentrating on all-weather racing.

Presented by former jockeys, Luke Harvey and Jason Weaver – the latter, on board Mister Baileys for his win in the English 2,000 Guineas – Get In normally goes out from the ATR studios in Milton Keynes. However, when the decision was made to take it on the road for the first time, Dundalk was chosen to play host.

In addition to showing the meeting’s seven races live - as it does each week - the programme had interviews and studio chats, humour being central to almost everything. And when you want to have a good belly laugh, who better to send for than Johnny Murtagh, the one-time Irish champion jockey, who, in a glittering 27-year career, rode a plethora of Classic and other big race winners.

The Meathman, now in the training ranks, couldn’t have been in better form, for aside from having ebullience as his second name, he had just seen his charge, Zylan, skate up before joining Harvey and Weaver.

Recordings of Murtagh’s greatest wins in the saddle, when he was riding for Aidan O’Brien and John Oxx, among others, were shown, as was the winning ride he had at Leopardstown in his brief spell as a jump jockey. But it was his musings that had the hosts, the invited audience and, no doubt, the television audience, in stitches.

Damien Joseph English is another trainer who got among the winners on the night and was also given a stint in front of the cameras. Now here’s someone who has such a youthful look about him, he wouldn’t raise suspicions if he lined out for an U18 football team.

Harvey might have a plummy voice, but he’s quick-witted. “I thought he was here on work experience when I saw him arrive in the studio,” said the former jump jockey, raising quite a few laughs after English had taken his seat.

This is what makes all-weather racing good for the game in general, providing young trainers like English with opportunities. Okay, so they sometimes have to compete with the superpowers – Aidan O’Brien had a half-dozen runners on Friday night, and Jim Bolger was also on the card – but there are nearly always races listed that are ideal for the small and rookie trainers.

Based in North County Dublin, English runs a small family concern where there’s about a dozen horses in training. His Tribal Path, successful in the Apprentice Handicap, was scoring for the second time, and the trainer’s career total is in double figures.

Des Scahill, ATR’s main commentator in Ireland, had nearly as much to say about his beloved Manchester United than his role calling the horses home. Like most Old Trafford followers he’s not happy with Louis van G - but probably of more interest to those looking on were his observations on Cheltenham, or more specifically, on the races Willie Mullins should direct his class-laden contingent towards.

Your writer turned off at this point, because such is the dominance Mullins is exerting on Cheltenham, and, indeed, National Hunt racing in general, the game is losing much of its appeal, while the Festival is not as eagerly anticipated as it once was.

Mullins, after whom one of Aidan O’Brien’s champions of the past, Mastercraftsman, could have been named, is training for some of the biggest owners in this country and others, and has raised the bar to such a height, many of his competitors are finding it hard to even stay in touch. Short of his candidates losing form, he’s set to clean out Cheltenham yet again.

Away from the studio on Friday night, Curragh trainer, Mick Halford, had a double, bringing his number of wins at the track since it opened total of wins to 100. That’s some going.