Rio, Ryder Cup and Euros in a big sporting year 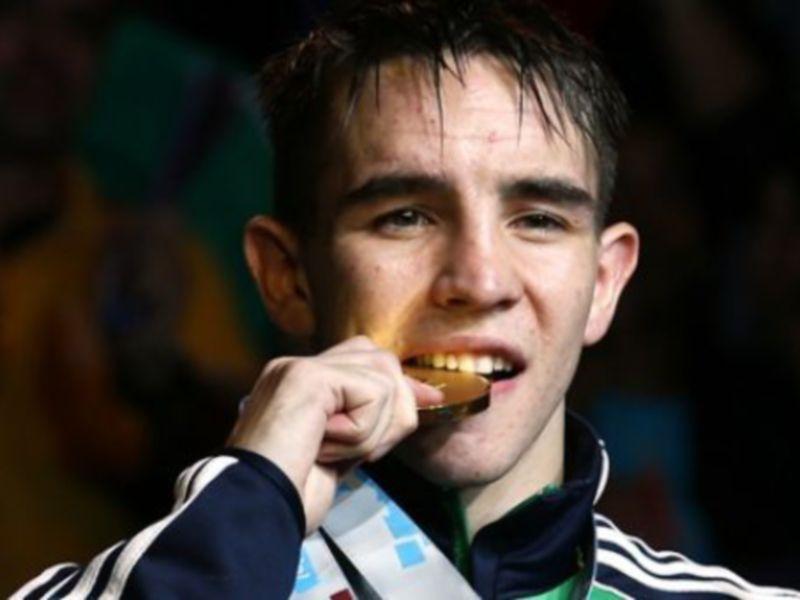 This is a big year for sport, for along with the staples such as rugby’s Six-Nations, the GAA’s hurling and football championships, all the big racing festivals, soccer’s domestic competitions (if we can bulk together the Airtricity League, the Premier League and the Europeans and call them that) and the darts (well, some like the game) we have the Olympics, the European Championships in Paris, and the Ryder Cup.

The Olympics head the list, if only because the Rio de Janeiro extravaganza will have the greatest number of countries involved and be watched in person and on television by more than any other event. But many of its constituent sports are presently in a tussle with scandal, due to some of their practitioners’ involvement with drug-taking. It’s for this reason Russia’s participation in athletics is seriously in doubt.

How ironic it would be if there was to be no Russian participation. When Moscow was chosen to host the 1980 Games it was expected that a record number of 130 nations, with upwards of 12,000 competitors, would take part. But following the 1979 invasion of Afghanistan by USSR military forces there was a widespread withdrawal of countries, headed by powerhouses, United States, Germany and Japan.

In the event, only 81 of the 147 nations then affiliated to the International Olympic Committee were represented, and, in a minor protest, many of those who were involved did not march behind their national flags in the opening ceremony, and in the cases where these nations won Gold, the Olympic hymn replaced their National Anthems.

But for all the controversy surrounding it, the 1980 celebration is still remembered for some of the wonderful performances it witnessed. There was a double for Miruts Yifter – Yifter The Shifter himself – in the 5,000 and 10,000 metres, Aleksander Ditatin’s clean-up in gymnastics, and a British treble, registered by Allan Wells (100 metres), Steve Ovett (800 metres) and the man who spearheaded London’s successful bid for the 2012 Games, Seb Coe (1,500 metres). In the ring, the peerless Teofilio Stevenson won his third successive heavyweight title.

Team GB, as our neighbours are now known, can expect to be among the winners this summer with Bradley Wiggins, Mo Farah, and Jessica Ennis-Hill among the favourites to win their events. But let’s hope for Team GB’s sake they’re not pinning any hopes of winning the boxing divisions in which Ireland’s Katie Taylor and Michael Conlan are involved.

Katie’s a title-holder, and since conquering London four years ago has won every time she stepped into the ring. She must be short odds to score again, and it shouldn’t worry her if she comes up against an American opponent, coached by one of her former mentors, Billy Walsh.

Conlan’s been a winner as well, his victory last summer giving him the distinction of being the first Irishman to take a World Championship medal. But while he undoubtedly has the record to succeed, it’s the Belfast lad’s confidence in his own ability that makes you want to go out and back him straight away, pushing your maximum across the bookie’s counter. He was on TV last week, and it wasn’t a question of how he wins, but when. My name’s on the Gold, he said. Good on ye, Mikey and the other boxers as well. They again represent this country’s best chance of taking the shiniest of the three medals.

But there’ll be solid back-up from, among others, the golfers, one of whom is certain to be Rory McIlroy - that’s if he doesn’t cop a late tackle or something like that in a kick-around. If it’s a two-man team, results in the early part of the season will decide who the second runner will be. Shane Lowry has expressed an interest. Until the big man won at Firestone in November, Graeme McDowell looked certain to renew his partnership with McIlroy. All three will be hoping to play the Ryder Cup.

But before dealing with the bi-annual extravaganza, which, unfortunately, doesn’t have the appeal of the days when it was near open warfare between the teams from opposite sides of the Atlantic, Rob Heffernan will be hoping to walk to victory in Rio, along with rookie Brendan Boyce, and the country’s men’s hockey team will be bridging a 108-year gap.

Ireland could have its strongest representation since 2010 if Rory McIlroy, Graeme McDowell and Shane Lowry make it on to the European team for the Ryder Cup, beginning in late September. And if it happens that Padraig Harrington collects enough points to win his seventh ‘cap’, joining forces with the other three, well, then, it would be a record for this country.

Ireland has made a strong contribution to Europe’s fine recent-year record, which stands at eight wins in the last ten renewals. The three most recent of those wins have come in succession, and in 2014, the team was led by Paul McGinley and included McIlroy and McDowell.

McGinley, twice capped as a player, has handed over the baton to another Irishman, Darren Clarke, and the likeable Dub, who created a huge impression at Gleneagles two years ago, is unlikely to refuse if his successor comes calling for advice.

There are many putts to be sunk, fairways to be split, and sand hazards to be visited before hostilities begin at Hazeltine, Minnesota, in just over nine months’ time.

Louth senior team manager, Colin Kelly, with support from Ollie McDonnell and former Derry boss, Paddy Crozier, will give it his best shot this year, and maybe it’s in his favour that he’s starting from the lowest point possible, competing in Division Four of the league. The only way is up, therefore; but if enough points are not gathered to secure promotion, the championship won’t even fire supporters’ enthusiasm, never mind hopes of a decent run.

The pre-season O’Byrne Cup took off on Sunday last with a home match against Offaly. It ended in defeat; but more worrying than the result was the makeup of the team. There is certainly a need to give young blood a chance; but when these same players, so many of them, are asked to substitute for experience, expectations should be kept in check.

All the usual suspects are lined up for Sam Maguire honours. Dublin are defending, Kerry….pretending?, Mayo dreaming, Tyrone hoping. Wouldn’t make for something better if a county was to come from the pack to find a place at the top table? It’s unlikely to happen, however.

Same with hurling, though in this case, making for something better would be a county other than Kilkenny taking the title.

Roy and Robbie set to tango in Paris?

Will one, two, or maybe no R Keanes be in the party when Ireland heads off to Paris for the European Championships?

Okay, so maybe having a bet on Roy being on the plane wouldn’t be taking such a big chance. Martin O’Neill’s assistant hasn’t dismissed the idea of getting back into club management, but it’s unlikely he’ll be actively seeking out a post between now and the summer, and his record wasn’t that good when he was involved to have clubs forming a queue at his door.

As record-holder for the most goals scored and caps won by a Republic of Ireland international, his first coming in 1998, Robbie, you’d think, would be a shoo-in; but it was all change up front as the qualifiers drew to a close.

The Dub, who began his cross-Channel career with Wolves, and since then has worn quite a number of club jerseys, in England, Scotland and Italy before settling down in America, where he’s currently a star man with Los Angeles Galaxy, failed to nail down a place for the crucial last matches, though he was on the bench. The 35-year-old has just put another stellar season with Galaxy behind him, and for his experience alone, it’s probable more than possible he’ll make the panel.

There’s no doubt that Dundalk will be the target for all other League of Ireland sides this year.

Stephen Kenny may have lost Richie Towell but the players at his disposal are far from unrecognisable from the ones on duty in the last two all-conquering seasons and they have a hat-trick of league titles to aim for - along with an FAI Cup to defend as well. Also, there’ll be another look towards the continent, last year’s fine effort embellished by conquerors, BATE Borisov, going all the way to the group stages in which they rubbed shoulders with some of Europe’s superpowers, including Barcelona.

Too much to expect another rugby cliffhanger?

There won’t be a repeat of last year’s finale to the Six Nations, could there?

Three games on the last day, each with a challenger for the title throwing caution to the wind in the search of scores. And there was an abundance of those, Ireland claiming enough to be crowned champions, just and no more.

Had the season ended there and then everyone supporting the green would have been happy. But there was an even bigger competition to come, and while Joe Schmidt’s team, as expected, qualified for the knock-out stage, the quarter-final defeat by Argentina, ending World Cup hopes, was a dampener.

So, too, was the injury to Paul O’Connell, removing him from the scene when he was most needed. The big man has retired from the international game, but if he’s to make it back on the pitch it will be in the Toulon colours, not Munster’s. He’s missed down south as well, Anthony Foley’s team having just put behind them the province’s longest losing run in the professional era.

Leinster, so long without peers at home and on the continent, are going only moderately; but Ulster and Connacht are winning. If the reports from the medical room are positive, Schmidt should be able to piece teams together worthy of a strong Six Nations defence.