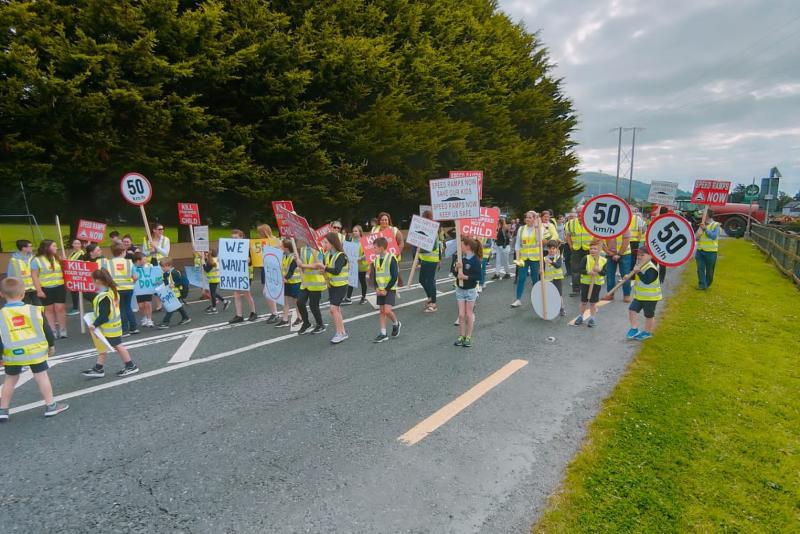 The work of local gardai to help reduce speeding on the Dundalk-Carlingford road was praised at Wednesday’s public meeting of the Dundalk JPC.

However, one resident raised concerns that a three car collision had occurred on the road on Sunday evening and that since schools have returned dangerous parking and manoeuvres around the junction near the Bush School have become an issue.

He also stated that the speed counters that are in place at the moment were ineffective because of their positioning. He further queried whether local gardai would be able to keep up the increased measures in the area.

Another resident from the area asked if it would be possible to introduce speed vans to help deter motorists driving above the legal limit.

Supt Charlie Armstrong said that all available resources were being used to police the area and that targeted actions are undertaken on an ongoing basis. He also said that while the location of speed cameras was decided at a national level he’d look into the matter.

Paddy Donnelly, Director of Housing Services at Louth County Council said that the council engaged regularly with the gardai to improve the safety of the area and that he would see what could be done about the placement of the speed counters.

Dundalk/Carlingford councillor Antoin Watters said more “buy in” was needed by the council:

“It’s motorway traffic on a regional road, it’s one of the busiest roads in the country, we’re not asking for bumps and ramps everywhere on it, but we need the council to buy in.

“We’ve done protests in Bellurgan that have so far proved unsuccessful but we’re not going away because all our children go on this road and use the facilities in Bellurgan and Cooley and we need something to be done about it.

“I don’t want to be getting a phone call to say that somebody has been knocked down because that's not how it should be, it shouldn't be reactive.”