Mixed reaction from councillors to vote 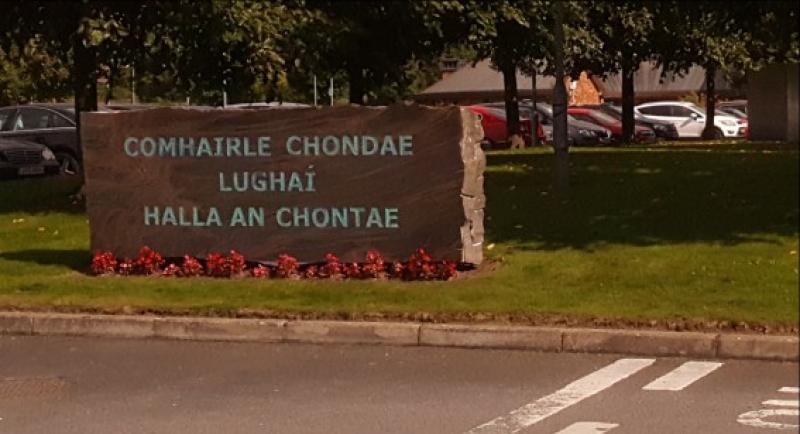 Councillors at the Louth County Council September meeting voted against increasing the Local Property Tax (LPT) for 2023. Two votes took place at the monthly meeting. The first vote proposing a 10% increase in the LPT was defeated by 15 votes to 13. The second, proposing a 0% increase was passed with 23 votes for the proposal and five against.

Louth Chief Executive Joan Martin, had told councillors that she was requesting an increase of 15% in the LPT. Ms Martin told the members that increased costs that the local authority will incur in 2023 include, climate change actions, rising energy costs, national wage agreements and match funding requirements for capital projects.

The meeting also heard that due to the LPT revaluation for Louth and new bands introduced, more people will be paying less LPT for 2023 and that this would result in a loss of income for. An increase of 15% in the LPT would net the local authority an extra €1,391,444. The cost of this for households would have worked out at an extra €13.50 annually for 47.9% of households in Louth - €0.26 per week. For the next 24% it would have meant an increase of €33.75 or €0.65 per week.
In the absence of an increase, Ms Martin said they would look into increased pay parking charges and an increase of €1 per week on social housing rents.

Cllr Paula Butterly proposed a 10% increase in the LPT, with Cllr Kevin Callan proposing no increase. A vote was first taken on Cllr Butterly's 10% proposal, which was defeated by 15 votes to 13. The next vote on Cllr Callan's proposal for a 0% increase was passed by 23 votes, with five against.

Speaking to the Dundalk Democrat following the vote, Cllr Emma Coffey said she was “really disappointed” with the decision not to increase the LPT. “Everybody knows the level of uncertainty. The highest increase we were looking for is €37 a year. I know people say its the principal of the thing – no, it'll be the principal of the thing when the library is shut down and there won't be services for the elderly, there won't be services for children.”

She continued, “we were elected to make decisions and there's some people, some of my colleagues, seem to think that when it comes to making decisions, we're going to do the populist thing. No, we're here to be elected by the people to make decisions and show leadership. And again we are [one of] six County Councils who have not made a decision [to increase the LPT].

“We're going to be here after Christmas and we're going to see the effects of it. A 15% was [an extra] €37, we're looking at 10%. The level of increase wouldn't even buy you a packet of crisps. They're talking about symbolism – there's symbolism – less than a packet of crisps we are looking for to make sure the libraries are open, community centres are open, potholes [are fixed], and effectively, rubbish being picked up.”

Cllr Antoin Watters told the Democrat that “the way things are at the minute with all the rising costs and the cost of living, it's a hard thing to be looking to increase a tax on anyone, so unfortunately, and party policy as well, we are looking to abolish the [LPT]. The way I see it is it's not the right time to be doing it, people are struggling to pay their electricity bill, putting food on the table. Cllr Watters added, “it's always the council's being asked to step up – Government need to do more to try and help the local authorities.”

Cllr Pio Smith told the Dundalk Democrat that the decision not to increase the rate will “definitely be a struggle for the Council”. He continued, “there'll be less housing maintenance. There'll be longer waits in regards housing maintenance. You will have housing tenants now paying a proportion of property tax, that's for certain. Community groups will struggle to fulfill projects and that's a fact.

“Then of course, you look at Drogheda and Dundalk – we're trying to rejuvenate the town centres. Simple things, like greening the town centres. Making it a place for people and families to come and visit – the money may not be available to do it there over the next 12 months.

“Yes, I do recognise the fact that it's difficult for families, absolutely no doubt about it, and for households.” He adds however, “I do feel that some councillors are looking at the next local elections and the next general election and they're more afraid of whether people will vote for them based on what they did or didn't due during the property tax [vote] than they are about the provision of services in Louth County Council.”