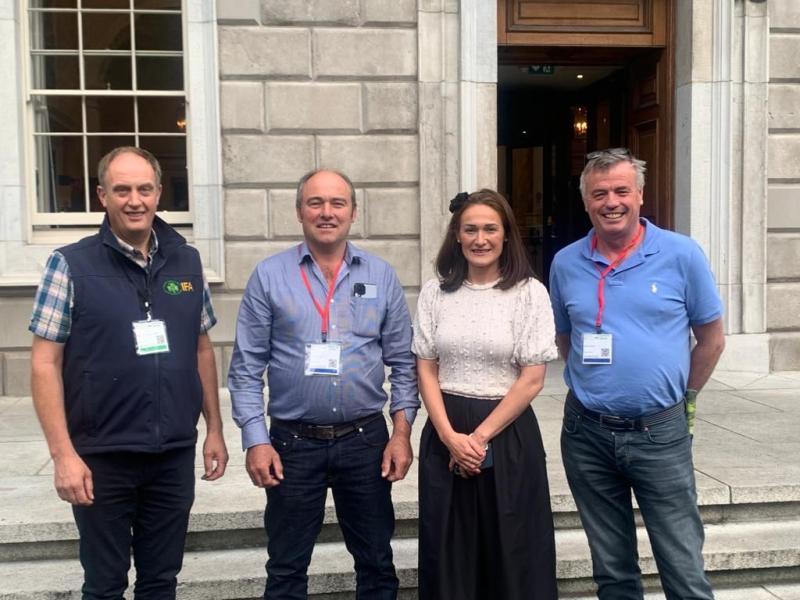 Senator McGreehan discusses the fact that “irish farming is under pressure, they are constantly painted as the bogie-men when it comes to the environment and climate change.

"Yes they have a responsibility to work to move towards net zero emissions. I don’t know a farmer who does not want to protect, preserve and improve the environment.

"They are the custodians of the land and if you consider the levels of sequestration occurring on farms, I would suggest that most farms are near that net zero carbon emissions target”.

According to the IFA there are 1,668 farms in Co. Louth with an estimated Agricultural Output of  €123m and the value of Aquaculture Output of €2.9m.

McGreehan commenting on the figures says that “these are significant figures and when you consider the benefit that is to the local and national economy, it proves that agriculture is at the core of our counties economic health and success”.

Agriculture in Louth supports thousands of jobs in the rural economy, both directly in food & drink processing and also in the wider agri-industry, including input suppliers, agricultural contractors, jobs in auctioneering, transport and engineering and in accountancy, legal, veterinary and other advisory services.

As regards this years IFA Pre-Budget Submission, they include several asks  including measures to mitigate increased cost of production and general inflationary pressures, Taxation Measures to Support Farm Succession, Transfer and Partnerships, the need to support young farmers and to encourage Farm Enterprises, with a particular emphasis on the need to support Farmers through Brexit.

A big priority is to ensure that there are adequate supports to combat climate change, to support farmers utilise renewable energy and to give farmers the credit for all the carbon sequestration they already do.

McGreehan says she is “fully behind” our Co. Louth farmers and is “ambitious for what the agri-sector can achieve if given the support to do it, it is important  for me to regularly meet the local Louth IFA as well as the national reps to ensure I am briefed on the issues”.