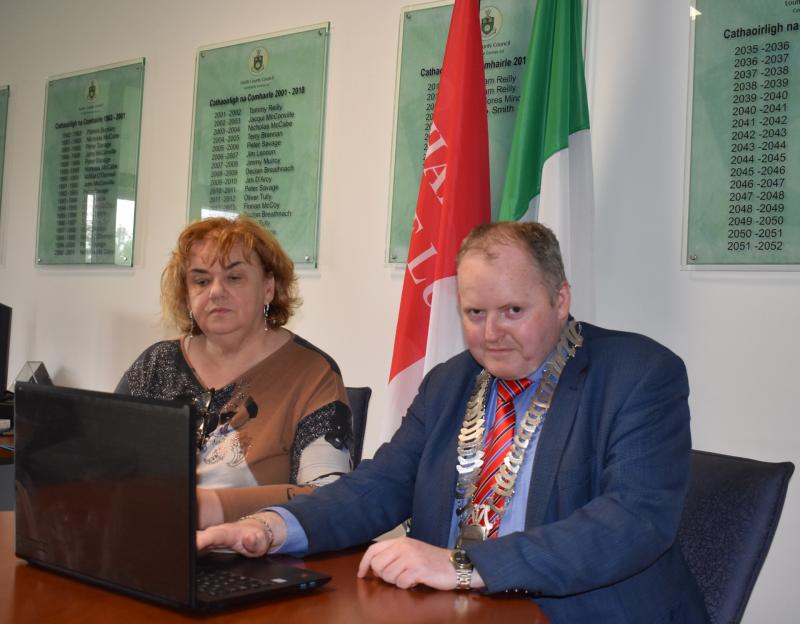 The Cathaoirleach of Louth County Council, Cllr Conor Keelan today announced that an online book of condolences will be opened in memory of Queen Elizabeth II.

The link to the book of condolence can be found here:

Speaking on the opening An Cathaoirleach said:

“The county of Louth is made up of a diverse and rich mix of nationalities, cultural backgrounds and beliefs. Louth County Council stands for equality and tolerance towards all residents.

"The opening of a book of condolences will give those who wish to do so the opportunity to express their sympathy to those in neighbouring lands who will feel the loss of Queen Elizabeth II, who served them for over 70 years, the longest recorded period of any female head of state.

"As such a long-standing stateswoman she forms part of the background and history of so many people and many will feel her loss deeply.

"It is with this in mind that I open this book of condolences inviting those who wish to respectfully express their loss and share memories to do so.

"The book will remain open for a week after which the contents will be printed and sent to the Royal family on behalf of Louth County Council and the contributors.”