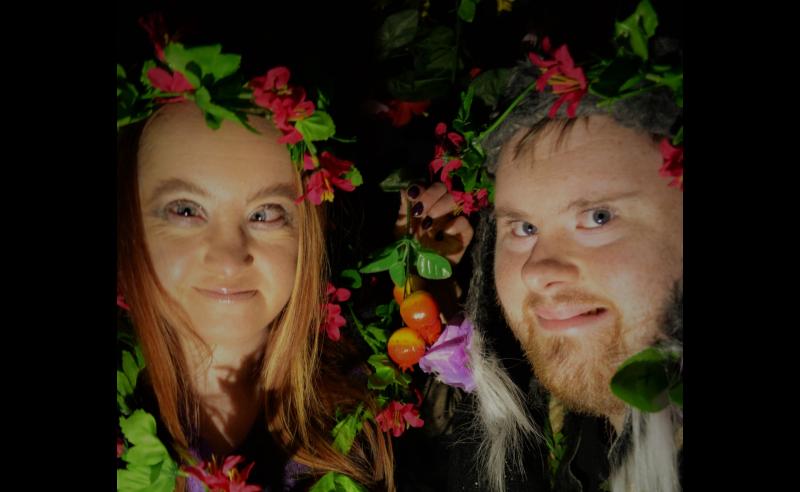 An Táin Arts Centre’s theatre company in residence, Encore Productions, said they are proud to be back with their spectacular adaptation of Shakespeare’s ‘A Midsummer Night’s Dream’.

Having previously tackled the mighty ‘Macbeth’ and the philosophical twists of ‘The Tempest’ these veteran actors from Rehabcare Dundalk are more than ready to shake loose and enjoy the comedy of the Bard’s ‘Frolic in the Forest'.

Shakespeare’s classic comedy of confusion has all its lovers in a tangle. Refusing to obey her father, Hermia runs off to the forest with her true love Lysander. With ditched fiancé Demetrius and his jilted girlfriend Helen hot on their heels it was never going to be easy – but when Oberon, the Fairy King and his cheeky sidekick Puck put a spell on the lovers, things really get out of hand.

Meanwhile the Mechanicals- knockabout workmen turned novice actors - prepare their ‘entertainment’ for the big wedding.
This comedy of errors seems destined for disaster when their star performer ‘Bottom’ finds himself turned into a donkey and head over heels in love with Titania – the Fairy Queen!

For their retelling of the tale Encore have added an extra dimension in the form of ‘The Shadows’ – from the spaces between the trees and beyond the shining moon itself these dark silhouettes weave their spells on mortal and fairy alike.

Actor Martin Hanley proves his versatility by playing not only ‘Egeus’ – father of the unwilling bride- but also ‘Flute’ one of the mechanicals.

He’s sure the audience will get a great laugh at the mechanicals antics but promises there’s plenty magic and romance too!
Anita Guest will play his daughter ‘Hermia’. She’s standing up to her dad- running off to be with the man she really loves. For local legend Anita this play is simply a great comedy that is going to cheer everybody up!

Historically, productions by this group have featured much larger casts with an emphasis on participation and inclusion whilst seeking to maintain the highest possible artistic standards.

In recent years a smaller cast has taken to the stage, enabling those involved to tour some of these more compact productions for the first time. These smaller numbers worked well during the Covid Pandemic when social distancing put special pressures on users of performance venues.

Now with restrictions somewhat eased, Encore Productions have sought to strike a balance by having the 12 stage actors joined by 12 additional actors who have created a series of short films that will be integrated as projections in the stage show.
The film making process comprised a varied series of arts workshops.

First up, Bridge Street Studio based artist Orlaith Cullinane led the group through printing and collage processes – building up a rich stock of forest, animal and night images which would provide the backdrop for videos created by the actors in conjunction with visionary film maker Dara McCluskey.

Green screen techniques were used to transport the action to a magical realm born of the actors own prints and drawings.
The third and final part of the jigsaw to lock into place is a soundscape of music and special sound effects created by the participants in workshops with innovative composer and sound designer Eoin Hannaway.

Liam O’Reilly enjoyed working with Dara and Orlaith but really loved making music with Eoin – making sounds with branches and leaves to be part of the soundtrack. Therese Baxter also found the sound workshops fascinating but really enjoyed making the prints from leaves and flowers with Orlaith.

As ever Jason Kelly will be up in the light box while the show is directed by Sandy Sneddon assisted by stage favourites Grainne O’Hanlon and Rachel Tinniswood who also take stage management and performance roles.

Encore Productions are delighted to welcome Alex Tumuye in his first ever stage role as ‘Quince’ the leader of the Mechanicals!
If ever we needed the escape of a great night at the theatre we need it now, so get the family and friends together and book your tickets today for this season’s most magical spectacular!