Fleadhanna Cheoil were back again this year 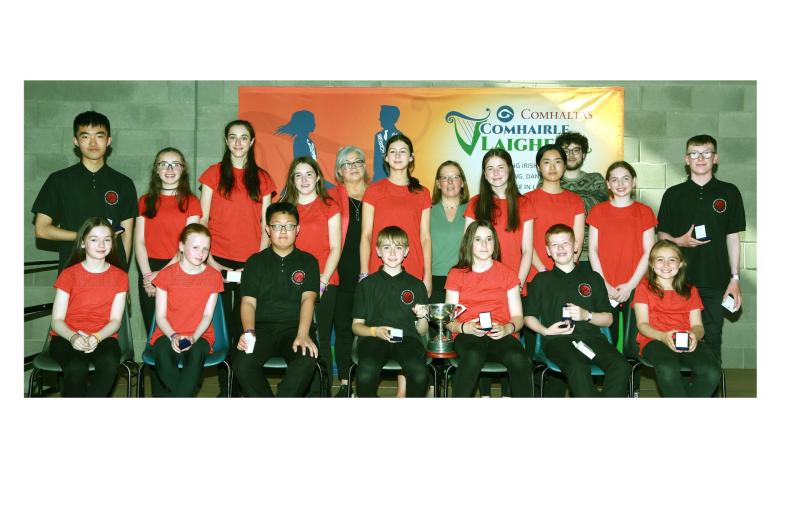 Following a two year absence due to Covid, Fleadhanna Cheoil were back again this year in each county, province and of course Fleadh Cheoil na hÉireann which was held in Mullingar a few weeks ago.

For thousands of musicians, singers and dancers it was wonderful to be able to participate, meet with friends and enjoy the craic. For young musicians in the Dundalk branch of Comhaltas Ceoltóirí Éireann (C.C.É. Craobh Dhún Dealgan) it started with the Louth Fleadh in Drogheda last May. Most of the branch members competing had a very successful day qualifying in either first or second place to represent Louth at the Leinster Fleadh.

Success continued at Fleadh Laighean (Leinster) in Portlaoise where branch members won eight competitions,  were awarded 2nd place in five competitions and 3rd place in another five. With first and second placed competitors qualifying for Fleadh Cheoil na hÉireann it meant the branch would be represented in thirteen competitions there.  Amongst the winners were the 18 members of the 12-15 Grúpa Cheoil. This group follows on in the strong tradition of ensembles from the branch who have achieved success at Leinster and indeed All Ireland fleadhanna.

It was off to Mullingar then in early August where the best musicians from Ireland and abroad would compete for the title of All Ireland Champion in the various categories. It was a great experience for all attending and particularly memorable for five of the Dundalk musicians who finished among the prizewinners.

Ryan Martin from Dromiskin wasn’t just happy to win the All Ireland title on Harp in the Under 12 age category. He became a double champion by winning the Harp Slow Air competition in the same age group. His younger sister Kayla made him work for his win as she was awardwd 3rd place in the Harp Slow Airs. Donnchadh Hughes from Blackrock won the Senior Flute Slow Air competition. Hannah Hendry from Ballinode was awarded 2nd place in Senior Harp Slow Airs while Enda Dooley from Dromiskin was placed 2nd in the 15-18 Mandolin competition.

Branch Chairperson Maureen Daly was delighted for all the young musicians who performed so well at Louth, Leinster and All Ireland level. She said it’s a testament to the great work going on in Comhaltas Craobh Dhún Dealgan.

For some Dundalk children the road to Fleadh Cheoil na hÉireann will start soon when they start attending branch music classes in the Oriel Centre.

CCÉ Craobh Dhún Dealgan will hold a Music Class Information Night this Monday 12th September in The Oriel Centre (Dundalk Gaol) Carrick Road commencing at 7:00pm. Children and their parents are invited to go along and ask questions, hear the instruments and register their interest in learning an instrument or getting involved in branch activities which also include sessions, groups and bands.  If you cannot make it to the information evening you can complete an expression of interest form on the branch website www.comhaltascraobhdhundealgan.ie