Fall of 78 tonnes of glass recyclables deposited at bring centres in Dundalk. 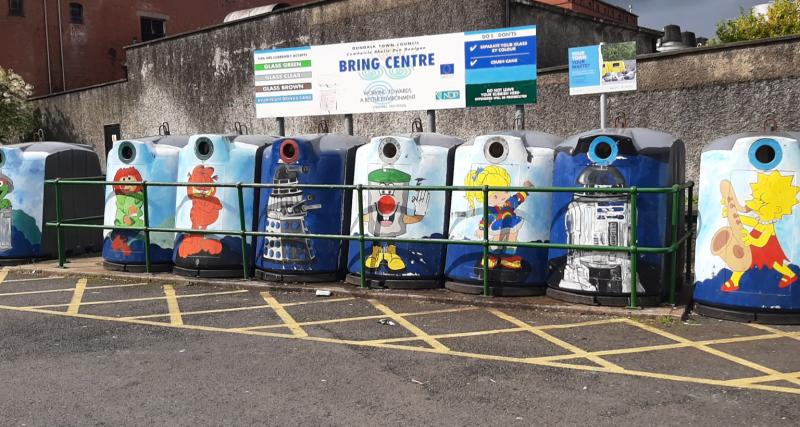 There was a decrease of 78.25 tonnes, or 22.6% in the amount glass recyclables deposited at bring centres banks in Dundalk in the first seven months of 2022 compared to the same period last year, figures provided by Louth County Council have shown.

In figures presented to Dundalk councillors at the Dundalk Municipal District September meeting by Senior Executive Officeer, Willie Walsh, it was shown that there was a marked fall in the amount of both glass and can recyclables deposited at bring centres in Dundalk this year.

Mr Walsh told members that usage of the bring centres in the town has gone "right back to pre-Covid demand", with “everybody's going back to the pub”. Mr Walsh added that this was "reflected in the figures for the individual bottle banks."

Looking at the figures for the individual bring centres in the Dundalk area, it can be seen that the largest fall in terms of glass recyclables was seen at the Castletown bring centre, where there was a fall of 10.75 tonnes, or 31.5% in the amount collected in from January to July of this year. This was followed by St Gerards/Barrack Street, which saw a 27.2% fall - or 21.75 tonnes and then the Harp bring centre, which saw a 23.8% fall - or 23.61 tonnes. The smallest decrease was seen at Duffy's Carpark/Long Walk, which saw a 9.3% decrease - or 3.29 tonnes of glass recyclables deposited.

In terms of cans recyclables (aluminium, steel) deposited, the fall was even greater, with a 29.8% decrease in the first seven months of this year across Dundalk. 3.55 fewer tonnes of can recyclables were deposited in Dundalk from January to July of this year, with the largest decrease seen at the Harp bring centre. A fall of 2.3 tonnes collected at the Harp represents a fall of 49.3%.

The smallest decrease was seen at Duffy's Carpark/ Long Walk, where there was a fall of just 10.8% compared to 2021 figures. The Meadow Grove bring centre was the only one to see an increase in usage, with 2.37 tonnes of cans recyclables deposited, compared to 1.56 for the same period last year - an increase of 24.4%.

Cllr Sean Kelly brought up a suggestion he made at a previous meeting, where he had asked for a map of bring centres in Dundalk to be installed at each bring centre in the town. Highlighting the much higher level of recyclables deposited at the Harp and Meadow Grove bring centres compared to Castletown and Duffy's Carpark/Long Walk, he said that if a stage is reached where one of the bottle banks is full, a map would show users where the other bring centres in the town are. He added that "quite clearly members of the general public don't realise that we have got bottle banks at Castletown or Long Walk", adding that it would be "an easy win" for the local authority.