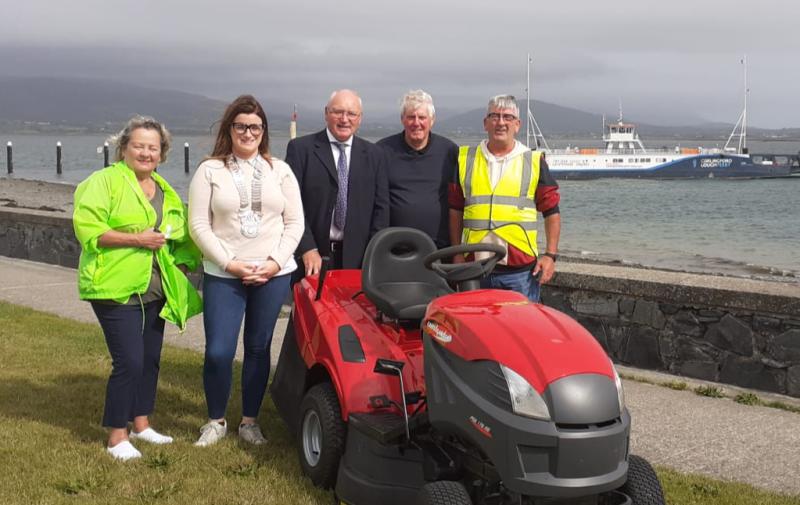 Two north Louth councillors, Cllr Andrea McKevitt and Cllr John Reilly, who both started their political careers on the same day in July 2020 have recently pooled their community funding to help purchase a lawnmower for Greenore Tidy Towns.

Cllr Reilly says that he would like to follow on in the footsteps of former Fine Gael councillor, Terry Brennan, who had a lifelong friendship and working relationship with his north Louth colleague, former Fianna Fáil councillor, Peter Savage.

Cllr McKevitt says she is very anxious to follow the example of Cllr Peter Savage, who represented the people of Dundalk-Carlingford for over four decades up until 2019.

According to the two incumbent north Louth councillors, the residents in Greenore are delighted with their new lawnmower and the councillors believe the group funding from the two parties is "a good show of compromise and collaboration".