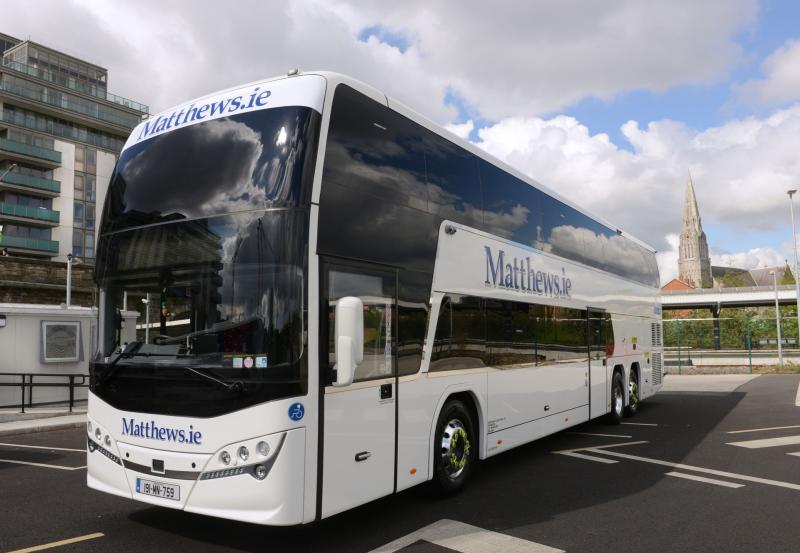 Coach Company Matthews.ie said they are delighted to offer 50% reduced fares to all adult passengers aged from 19 to 23 from Monday September 12th.

The 50% reduced fares for 19 to 23 year olds have been launched by the National Transport Authority to make public transport more attractive and cost effective for young people.

The ticket will apply to single, return, and 10 Trip Tickets and will be available on all Matthews.ie routes including their popular commuter timetables.

Dundalk Democrat photographer Arthur Kinahan was there to capture the celebrations

To qualify for the discounted fares customers must apply for a Young Adult Leap Card for use when travelling. This can be applied for online on LeapCard.ie with a current photo ID.

As a private passenger transport company Matthews.ie have advocated to be part of this initiative which was announced as part of the government’s cost of living supports.

Whilst only being partially funded by the Department of Transport, Matthews.ie are contributing to the scheme to offer their valued customers reduced fares, a spokesperson for Matthews.ie said.

This is their continued commitment to respond to the needs of their loyal passengers.

Unfortunately, due to the recent increase in fuel and operational costs Matthews.ie have had no other option but to increase their Adult 10 Trip Ticket from €70 to €75, the spokesperson continued.

Matthews.ie strive to be as sustainable as possible in their business practices, encouraging commuters to use public transport, reducing the number of vehicles on our roads, thereby having a more positive impact on the environment, the company said.