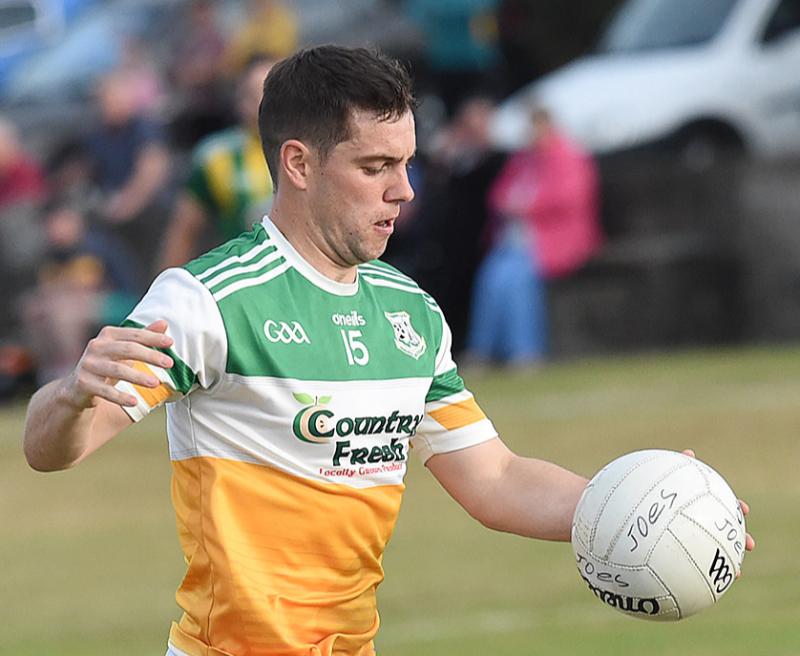 St.Joseph’s sparkled in the second half under the floodlit Clan Na Gael park to succumb Dundalk Gaels to yet another championship defeat. The winning tally was whipped up in a ruthless frenzy after the break.

Ben Collier broke the seal on the even affair with the first goal, a rasping shot that whizzed past Stephen Murphy in the Gaels goal. Murphy was the Gaels third choice goalie on the night as they lost league regular Adrian Rafferty and Micheal Lambert who started the last day to injury.

Regardless of who was in goals, Collier shell shocked the Gaels and they simply never recovered.

Alan Lynch rattled the net at the second time of asking and Conall Smyth came off the bench to palm to the net and Evan McEnteggart wrapped thing up with a late goal off the bench.

Cathal O’Hanlon’s side were stretched and went for broke in response to the Joes majors. The tactics didn’t work nor came off and the result of chasing the game hurt them even more down the other end as the Joe’s picked them off on the counter attack.

The first half was open and a very even affair. Gaels were in the ascendancy and marginally shading it in open play with Dylan McKeown opening up two and three point leads along with a marvellous Sean McCann effort.

However Enda McKeown and Cian Smyth’s side showed grit and dragged themselves back into the game twice through Craig Doherty and Jack Mulligan efforts. At half time Joes were much the happier side to be level.

Conal McCaul began to control things around the middle, Collier lashed home the first and the contest fizzled out with an air of inevitability about the Ecco Road. Chris Sweeney did find the net for the Gaels but it was too little too late, they’ll now face St Mochtas in the relegation semi final.

Joe's reward is a rematch of last year's group tie where they went down against Newtown Blues in the Grove. Colin Kelly in situ against his old side will add to it, but they’ll certainly be invigorated with confidence after this result and that could bode well for the Dromiskin Darver outfit in two weeks time.