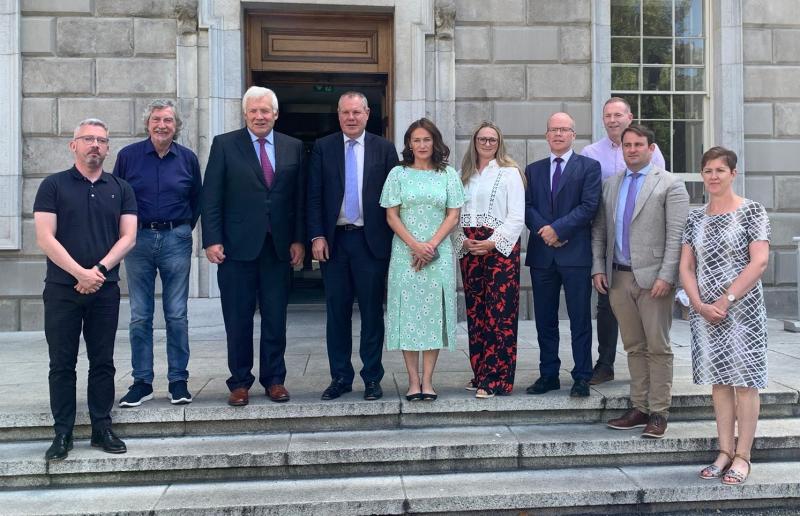 Louth's Senator Erin McGreehan met with UK Minister for Northern Ireland, Conor Burns MP this week, along with other members of the Good Friday Agreement Committee. Minister Burns was in Ireland this week undertaking various meetings.

According to Senator McGreehan the meeting was “robust and honest”. The north Louth Senator who has been very vocal her dissatisfaction with the United Kingdoms unilateral action with regard to many issues, said “it is deplorable that the UK Government continue to act in bad faith towards this island and its people. The Tory Government are playing politics. They do not care nor never have cared about this country in any meaningful way. History teaches us that Ireland is used as a pawn in either leadership contests, leadership heaves or indeed government formations. Things have not changed”.

McGreehan when commenting on the meeting said that many issues where raised including the Northern Ireland Protocol, her opposition the UK Governments Legacy Bill, the UK Governments actions to disapply the European Court of Human Rights which underpins many of the principles in the Good Friday Agreement.

Senator McGreehan has described the meeting on Tuesday last as “robust and honest” but also has said we are going to have a troublesome few months ahead. Whoever, wins the Tory leadership contest will feel like they are required to make their mark, it is looking like that is going to be Liz Truss, in my opinion she will not be good news for this Island and will continue to  damage the relationship between Ireland and the UK and Europe and the UK; with all the difficulties in relation to the cost of living increases. We do not need the uncertainty and disruption of the UK Government continuing to prolong Brexit”.